Registered Charity Hatters’ Heritage was recently alerted to an auction where the three England caps won by former Town goalkeeper Ron Baynham, now the oldest surviving England international, were to be sold by a collector.

Due to last-minute and generous donations made to Hatters’ Heritage by Luton Town FC directors Stephen Browne and Rob Stringer, successful bids were able to be made and the caps will now be displayed at Kenilworth Road and eventually in the proposed museum at Power Court. That way they can be enjoyed by future generations of Hatters fans.

The first port of call after picking up the caps was to visit 92-year-old Ron so he could see them again – he was beyond delighted.  Photos of Ron with the caps were taken and a short video was recorded.

The Hatters’ Heritage website (www.hattersheritage.co.uk) now features a ‘donate’ button to enable all supporters who value the history of our great club to help us build a ‘war chest’ allowing us to acquire and preserve important items in the future for our fans to enjoy as well as paying for the ongoing running of the website. 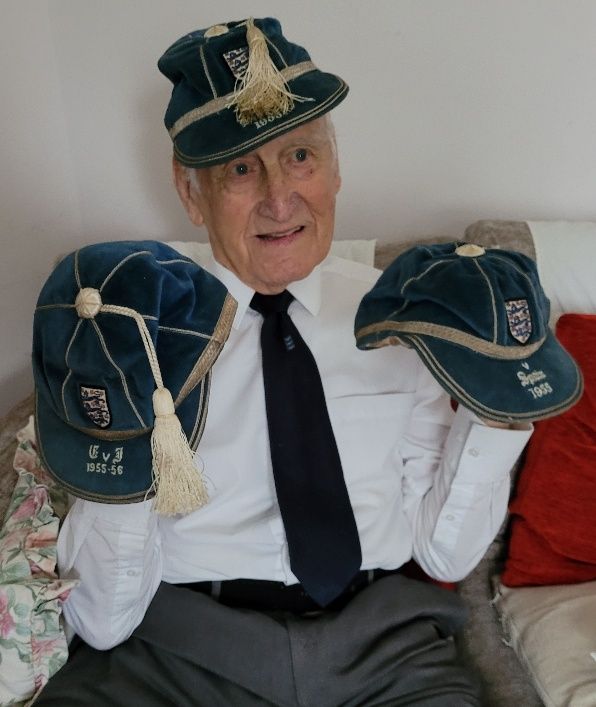