Manager Nathan Jones is under no illusions that his side need to turn positive performances into results, starting with tomorrow’s Sky Bet Championship fixture against Coventry City.

After slipping down the table following defeat at the Vitality Stadium on Saturday, Jones is hoping that with his squad in ‘much better shape’, they can earn a result against this season's surprise package.

“It is probably the worst run I’ve had as Luton manager without a win. We have to do the basics better and we have to keep clean-sheets because then we don’t lose the game. We have been in good form for large parts of games we have been really front footed and quite dominant, but it is the Championship and it can punish you out of nothing.

“We haven’t got to change masses of amounts, but we have to start picking up results. We have two home games now that we really want to take advantage of and that is what it is about.

"If we were a really poor side and getting beaten, then we would have to change certain things but we’re not. We’re an aggressive side, front-footed side, we understand we have gone through a tough time in terms of results and injuries but we’re coming through that now and as I said, it is a big week for us.” 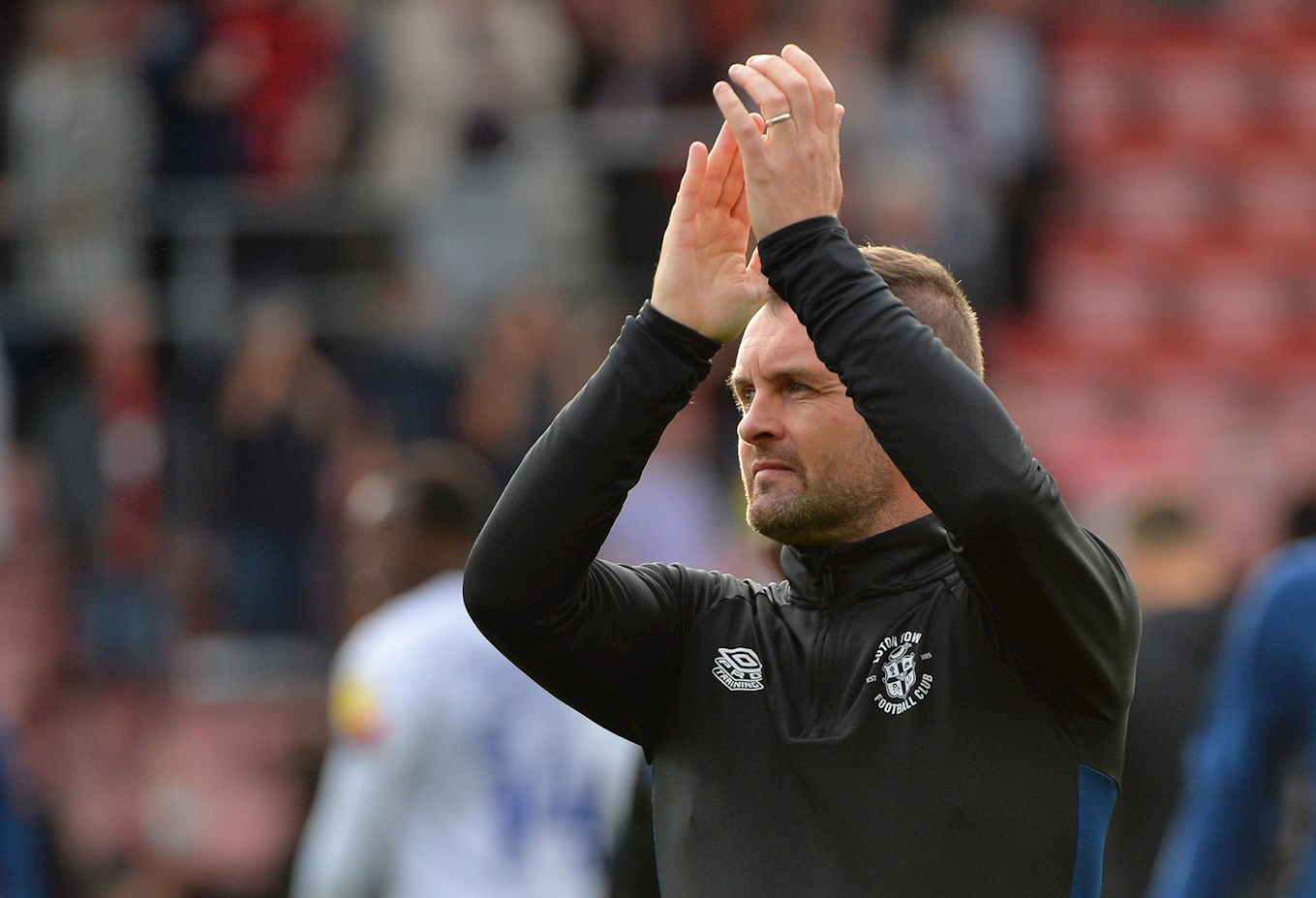 On the flip side, Coventry come into the game with six wins in their first nine league matches and the gaffer only had positive things to say about his counterpart Mark Robins and the job he is doing.

“They’ve been well drilled, they’ve got a really settled squad, a bit similar to us really because they’ve had a similar pathway. Mark’s done a great job there, they came up from League Two, we were slightly ahead of them, maybe a year ahead of them, but he’s done a wonderful job, in real good form at the minute, but that’s the Championship.

“You can be on a good run, you can have a good run, you’ve only got to get a little bit of momentum and that’s what happens, game come thick and fast, only got to get nine in a week and suddenly, but what we have to do is respect Coventry as we’ve had some real tough battles with them, but it’s Luton, it’s what we do and we’re looking forward to the game.”

Under the lights in-front of a bumper crowd for the first time since February 2020, Jones is hoping the fans can play their part to earn a first win since Barnsley in August.

“What we want to do is put a performance on. We have had a good record at Kenilworth Road whether it is under lights, rain or sun, whatever it is. We have to believe in that and maintain that.

“We have had big injury problems, we have had pre-game issues and we have shown amazing character but what we have to do now is really show that we’re a good side and we can get results. We want to play a certain way but now especially at home, we want to pick up results this week.”