Manager Nathan Jones is set to be boosted by the return of a number of key first-team players ahead of Saturday’s match against Blackburn Rovers.

The international break was a chance for those suffering with injuries to get themselves in contention and with the help of valuable match fitness for some, the gaffer admitted that his squad is now in a ‘better position’.

“We have the majority of our squad back now, so we have been able to have two good weeks of training. Some have had a game in between to add minutes so we are now in a better position than we were going into the international break.

“One or two have knocks but there is cover there and hopefully they won’t be too long. As is the case when you train, sometimes you pick up little things, but we have real good defensive options and two players in every position, so we’re a lot stronger.”

Included in the potential returnees is captain Sonny Bradley, who managed 68 minutes without a hitch in a development match against Crystal Palace.

“We’ve taken our time with Sonny,” Jones admitted. “We haven’t pushed him at all, now he’s back fully we gave him the game and he’s ready now. We’ve taken our time with him and got to this point now where he’s ready to go, we could have pushed him 10 days earlier, but it’s not the right thing to do with that and particularly with the level he had, so we knew we had to get to that international break to get the level of players back, and we’ve got that now, so we’re in a better place."

The longest absentees at this stage have been Luke Berry and Danny Hylton, both of whom earned praise from Jones because of their desire to fight back to full fitness. 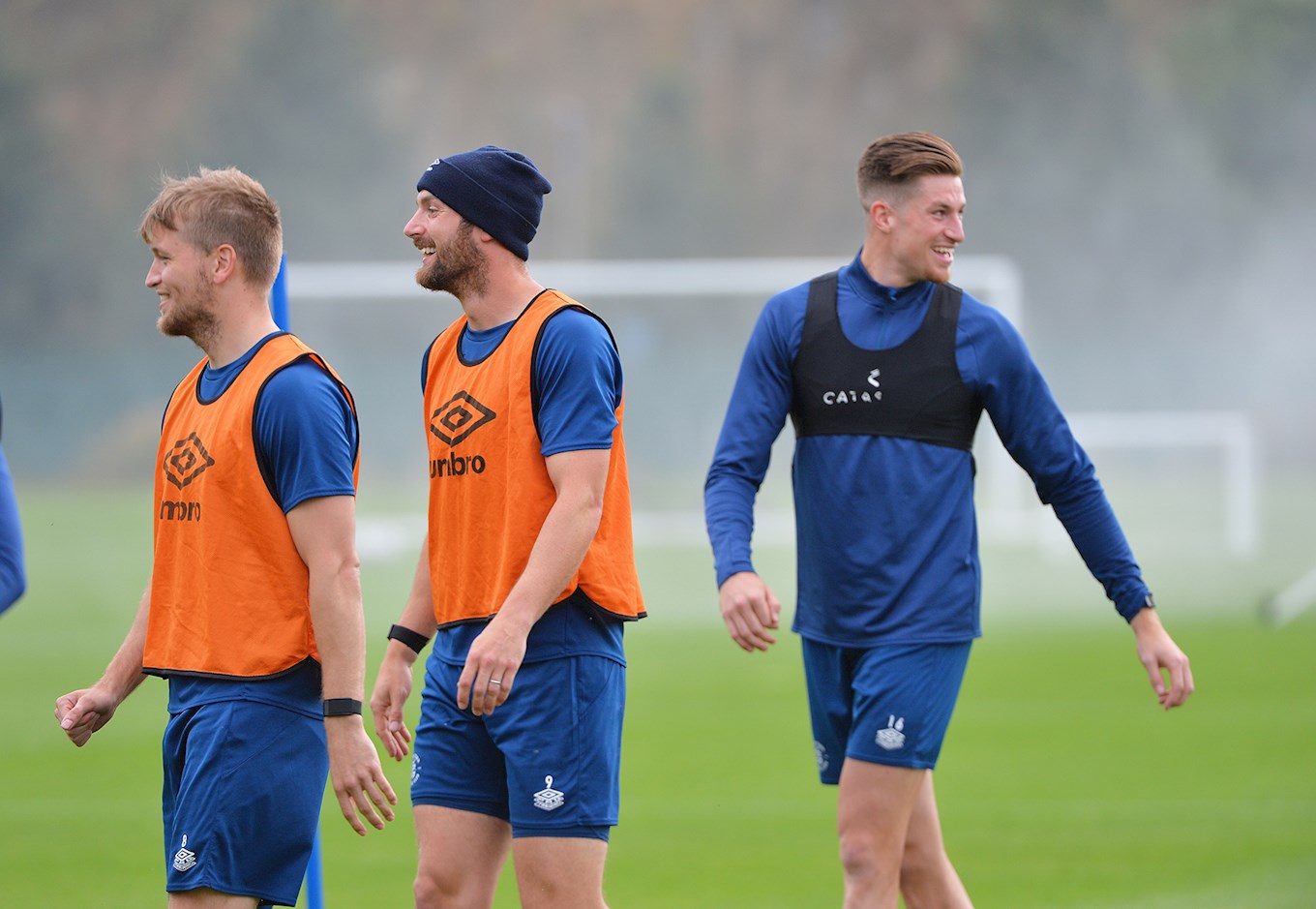 “Luke’s been excellent, really has and we wanted to give him a game just to mix it up a little bit. He came back and he was as fit as he’s ever been and he just picked up a little niggly calf injury and that just curtailed him a little bit, but he’s in a wonderful place, doing fantastically well.”

On Hylton, Jones continued: “He’s looking very good, training, and he’ll be eligible for selection. He’s missed a little bit of pre-season because we were building him up and then unfortunately he got Covid and he caught it quite badly, so that curtailed him for near enough three to four weeks, but he’s in training, doing well, so I’m looking forward to hopefully Danny really impacting for us."

Following the conclusion of the transfer window, Nathan was pleased the club were able to get their business done early and hopes for a positive return to action after five games played.

One of eight signings at Kenilworth Road this summer, Carlos Mendes Gomes, is yet to make his first start in the Championship, but the manager is sure he will make an impact whenever called upon.

“It’s a huge jump from League Two to the Championship. It’s not just technical things because he can handle it technically, but it’s a physical jump.

“He did fantastically well at Morecambe and Derrick did brilliantly with him. He’s only had one season in league football, really. So, he’s done fantastically well and it’s important we manage him, release him at the right time into the fold to play games, and once he does, I don’t envisage he’ll look back. We’re really happy with him.”