You may be familiar with Mark’s name, but do you know the story behind his almighty charity challenge?

Well in case you don’t, a Luton fan of 40 years combined the love for his club and his passion for cycling and vowed to cycle to every Town away match for the 2021-22 season. Crazy, right!

The reasoning behind doing so, however, is to raise awareness for three specific charities along the way – Keech Hospice Care, CALM and Prostate Cancer UK.

But why those charities in particular?

“We went through Covid, and I’ve had struggles with mental health, it was a really difficult time for me, and I wanted to do something to raise mental health awareness.

“I have done work for Keech before and I wanted to continue that. For me, Luton have been a massive part of my life and also on the back of what Mick Harford is going through, I wanted to do it for a third charity and that is where Prostate Cancer came in.” 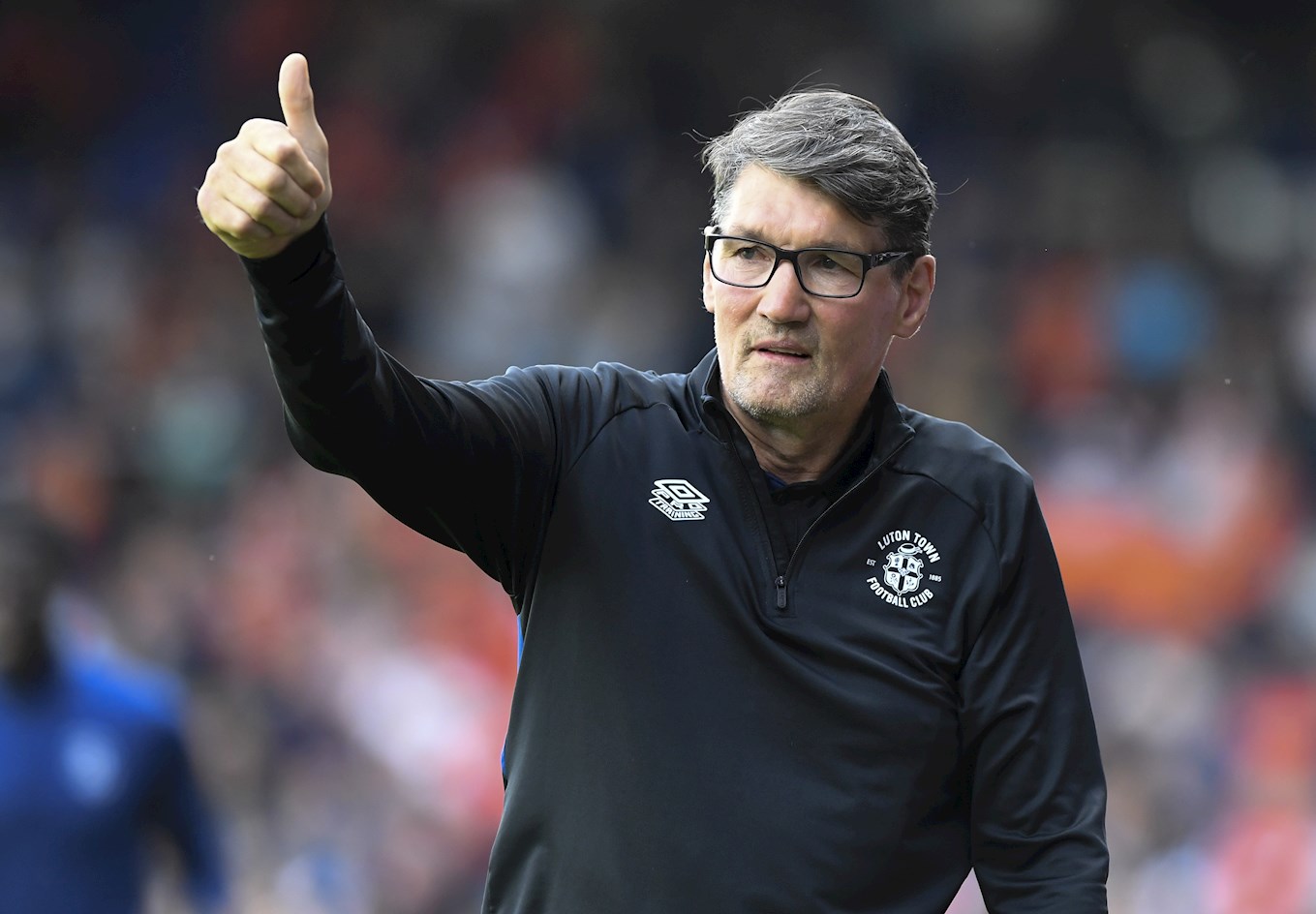 The planning for such an event had been in the making for some six months before the 2021-22 season fixtures were announced, and Mark explained: “If me cycling around the country raises awareness and helps one person ask for help about mental illness, which I did, then it would be worth it. Same point, if it makes one person go and get tested for prostate cancer, and being over 50 I have tested, once again if it raises awareness then I think it would have been worthwhile.”

DONATE to Mark's away cycle challenge by clicking HERE!

For a man so open about his struggles with mental health, the long roads cycling on his own are made easy by the tremendous amounts of love and support he has received since embarking on the challenge in July.

“When I was at my lowest point, I was having counselling and a lot of it was suicidal tendencies and suicidal thoughts. They were irrational thoughts that I’m not worthy and no one would miss me. A lot of the challenges I do, I try to deflect it away from myself, focus on trying to support other people that need that help and for me, I don’t know where I would be without having the counselling and having someone to talk to.

“It is nothing to be ashamed of if you’re struggling but the support that I got and how I have turned the corner, is a massive thing for me and I just want to be able to do that for other people. If they think ‘why is a crazy guy cycling to football matches’ but then realise why I’m doing it, if it helps one person reach out for help then for me, it would have been worthwhile.”

Continuing, Mark admitted: “The support and encouragement is quite emotional because I don’t receive complements easily. When I see comments on Twitter saying, ‘you’re a legend’, I feel like you can’t use that word for me, use it for the likes of Mick Harford! It doesn’t feel right used on someone like me, I’m just a normal bloke trying to raise money and it is those sorts of things that make me smile.”

The challenge thus far has taken him as far as Blackburn and Barnsley's Oakwell, the latter of which is the longest he has and will travel in one day this season. 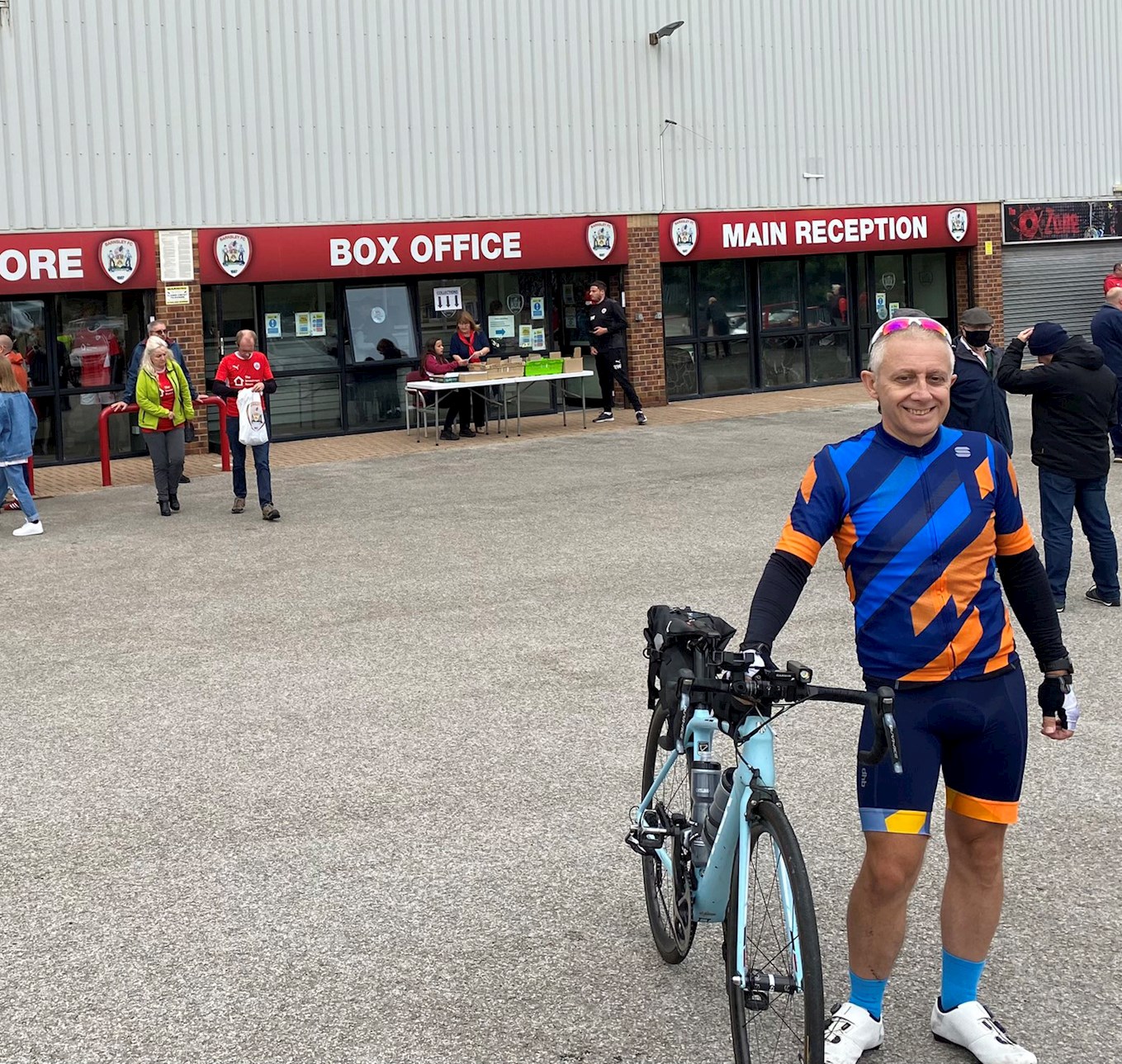 “When I went to Barnsley, I did about 90 miles and I knew I still had 40 miles to go. Bearing in mind I was going into Yorkshire, I still had the hilliest part to come and I was really tired but seeing the messages come through on my phone really spurred me on.

“The Bobbers Travel Club have been incredibly helpful because obviously I have to get home, so they get me and my bike home each night! When the coach pulled into the services after the Barnsley game, the team coach also pulled up, and it’s very random but at 1:30am in the morning, I am stood in the car park chatting to Harry Cornick and it was just like, wow!

“For me, I might get tired, might get rained on and I might get lost, it is all about the awareness, the charities, and the support. That is what’s driving me on, and it is just going to be an adventure for the whole season.”

All at Kenilworth Road and the wider football family are fully supportive of Mark and wish him all the very best for the rest of the challenge!

Links to all three charities that Mark is cycling for:

DONATE to Mark's away cycle challenge by clicking HERE!