On a night where the Hatters were far from their best, manager Nathan Jones was relieved his side showed fighting spirit to come from behind and earn a point.

Coming from behind twice on the night through Fred Onyedinma and Elijah Adebayo, Town extended their unbeaten run to four matches in the Sky Bet Championship, a comeback the manager dedicated to Jacob Crawshaw, a Luton supporter who tragically lost his life on the weekend.

“That fighting spirit was for him and we’re delighted we could at least get a point here and not get beat on such an occasion. Really proud of them in the end because performance level was nowhere near enough."

On proceedings, Jones said: “We were nowhere near our best tonight. Derby didn’t have many opportunities to score and the goals were poor. I was thinking about it the other day and I said it to someone, we have never given the ball away in our own box and conceded a goal since I have been here. That happened tonight and it was a poor decision.

“We were sloppy, we were lethargic, we weren’t aggressive enough and we allowed them to dictate. Apart from shots from 25 yards they didn’t look like causing us any problems but then we had to change. 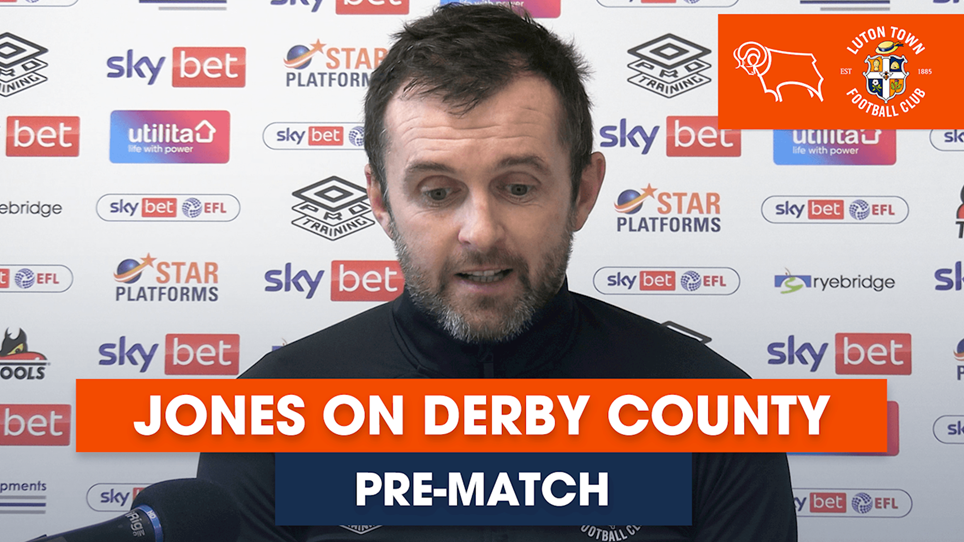 
Manager Nathan Jones has a full squad at his disposal heading into tomorrow’s Sky Bet Championship game against Derby County.