The PFA Vertu Motors Fans’ Player of the Month award nominations have been made for September - and Hatters midfielder Luke Berry is among them for the Sky Bet Championship!

Six players from each of the top five professional leagues in England have been shortlisted for their outstanding performances to start the 2021/22 campaign, with fans across the country getting to vote to determine who wins.

Voting is now open for supporters to pick one player from each league listed in the shortlists below to win the PFA Vertu Motors Fans’ Player of the Month award – fans can do so now via the 90min.com website, and by clicking HERE for the direct link.

With four goals and two assists from his brilliant first appearance of the season as a sub at Blackburn and four subsequent starts, Berry had a brilliant September for the Hatters. His other goals came with a stunning scissor kick in the 3-3 home draw with Swansea, and a fine finish as the Town ran riot in the 5-0 win over Coventry last Wednesday.

The PFA press release said: "Mitrovic and Brereton lead the way in the Championship goalscoring charts with ten goals each, followed by Gyokeres (9) and Swift (7), who have all received nominations for the September award. Bournemouth remain unbeaten in the league thanks mainly to the efforts of Billing and his decisive goals this month, while Berry, not renowned for his goalscoring exploits, has grabbed four crucial goals for Luton in September."

Fans decide the winner of the inaugural PFA Vertu Motors Fans’ Player of the Month award, which celebrates the very best that the English game has to offer on and off the football pitch.

The PFA Vertu Fans’ Player of the Month votes on the 90min.com website - voting will close on Sunday 10 October, with the winners announced in the week following.

Do your bit for Bez and click on the image below, Hatters! 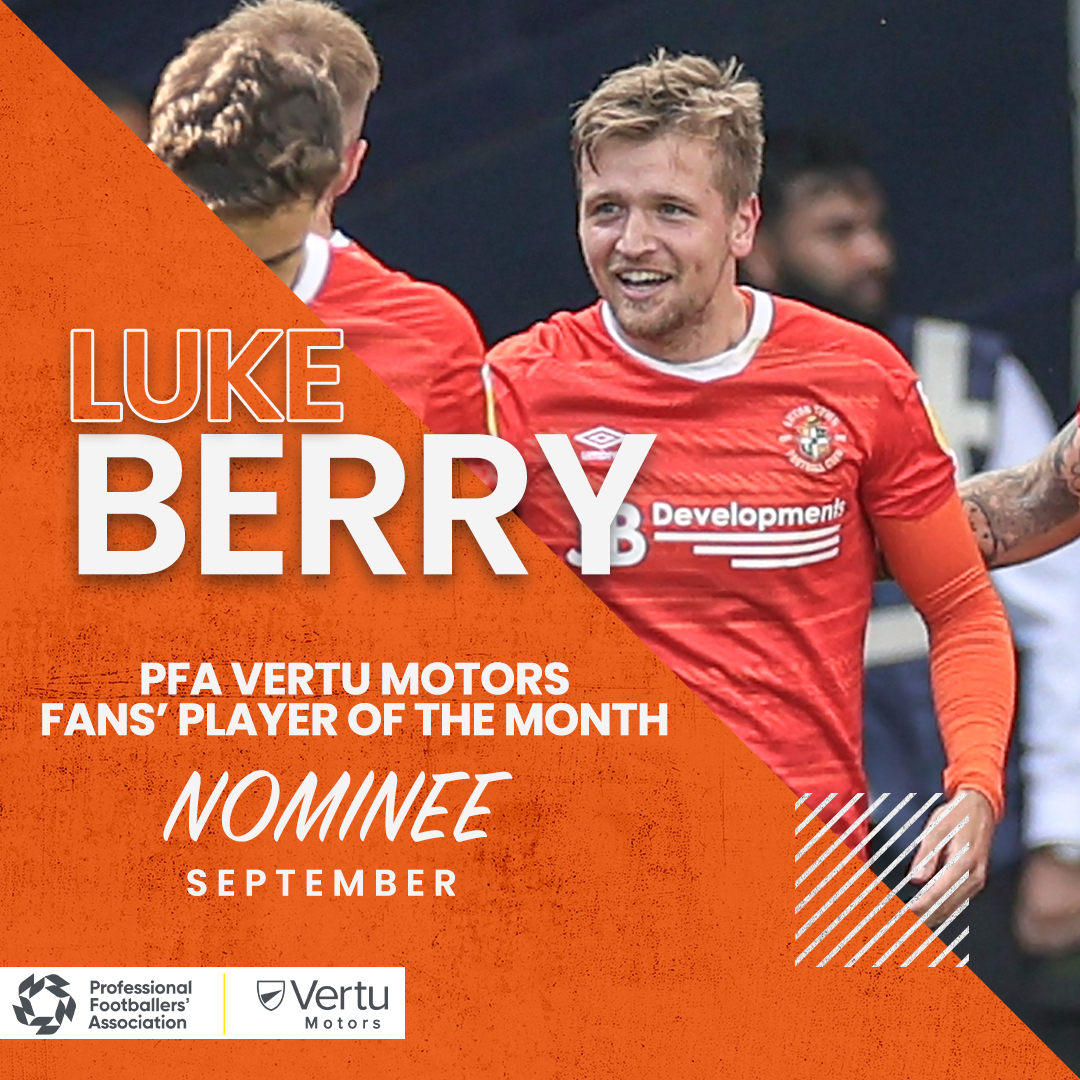