POST-MATCH | Harry Cornick reacts to his game-winning brace at Millwall!

Harry Cornick’s purple patch in-front of goal continued as he helped the Hatters to a first win against Millwall since 2005 in yesterday’s dominant 2-0 victory.

The forward added goal number five and six to his collection this season and in some style too, after finding the top corner with his first and rolling the ball past Bartosz Bialkowski for his second.

Practice makes perfect and that is the approach Cornick has taken this season, who said: “I have been practicing a lot. I know it is not the strongest point of my game, but I have worked on it. I’ve improved a lot and now it is showing for the club and for the fans.

“There is more to come, I can get better I know I can, I have more in the locker but it is a confidence thing for me. If I score one, I know I have the confidence to go on and score more. I just want to kick on now and score a load. 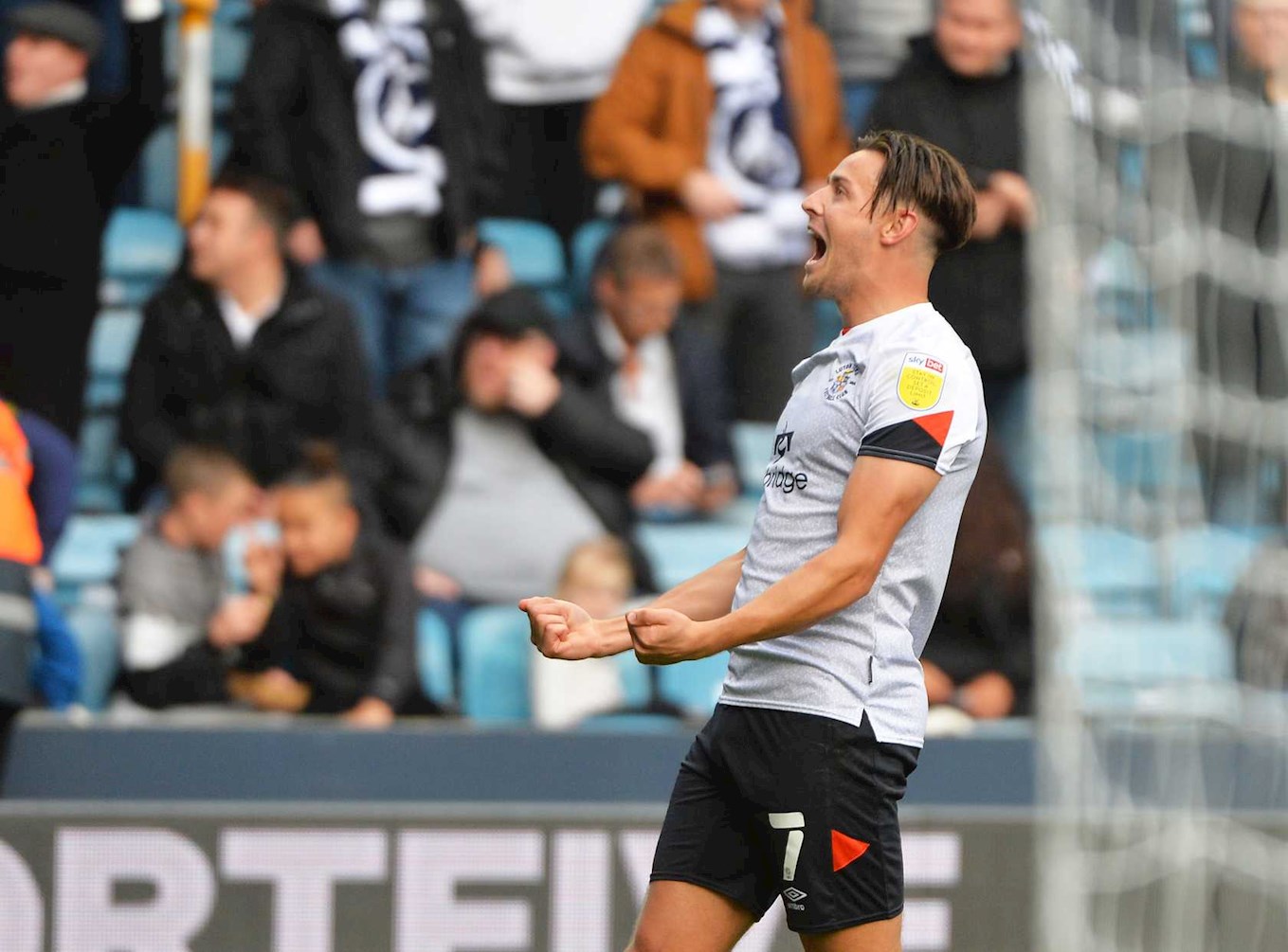 “I know I have the ability to do it," he continued. "Last year was a blip for me, I was annoyed at myself for my own performances but this year I have hit the ground running and hopefully I can score a few more to help the team out.”

Cornick then recognised the brilliance of his team-mates for their part in the victory at The Den, starting with goalkeeper Simon Sluga who not only produced a number of key saves but even denied Jed Wallace from the penalty spot as well.

“Sluga has been immense for the last three games. Glen and Sonny have come in and that is three games, three clean-sheets for them. They have been unbelievable and all of the back six have been including Glen.

“James Bree winning his headers at the back stick late on, Amari’I Bell winning his headers, Tom Lockyer was immense, Kal Naismith was unbelievable today. Every single one of them deserves the plaudits they get because they have been immense.

“Three clean sheets in three games and that is what we need to build on. We know we have firepower up front to score goals so if we keep clean sheets then we have a good chance at winning games.”

On a personal note and despite his impressive start to the season, the 26-year-old is aware of the need to continue putting in performances now that the squad has been bolstered by the return of key attackers.

“We have a great squad. We have competition in every position, and it shows because we have had to leave players out that didn’t make the squad today that started matches at the beginning of the season.