A strong Hatters development side had to settle for a draw in the second friendly in as many weeks at Hitchin Town as a late Bournemouth equaliser cancelled out Admiral Muskwe's first-half opener.

The Hatters had senior players James Shea, Gabe Osho, Allan Campbell, Carlos Mendes Gomes and Muskwe playing for just over an hour in the pouring rain at Top Field, with recent signing from Tottenham, Elliot Thorpe, building up his game time with an extra ten minutes added to the hour he played against Millwall U23s last Tuesday.

Bournemouth made the early running, with centre-forward Christian Saydee calling Shea into action with a smart save in the opening exchanges, before the Town keeper dived full length to his left to tip a curling effort from Nathan Moriah-Welsh around the post.

The Hatters started to take control, however, and their first chance came from a smart move down the left, with Josh Swan setting Mendes Gomes free to whip in a cross that found TQ Addy, but the right winger couldn’t repeat his cool finish of the early stages of last week’s game here, this one flying well wide.

Mendes Gomes had the next opening just before the half-hour, receiving Osho’s long free-kick in the Bournemouth area but firing into the side-netting, just before Muskwe set Thorpe free through the middle, only for the ex-Tottenham youngster to also shoot wide.

Campbell was driving the Hatters forward at every opportunity, carrying the ball fully 60 yards at one stage and winning a throw-in by the corner flag, as the Scot continues to work his way back to fitness after that horror tackle that interrupted his bright start to the season at Blackburn a month ago.

Muskwe, working his way back to fitness after injury, cut in from the right to force Bournemouth keeper Cam Plain into a save, before Addy fired another effort wide from distance with Saydee threatening for the Cherries in between, Shea happy to see his 20-yarder fizz wide of his right post.

The breakthrough came in the 38th minute, when Mendes Gomes scooped a 30-yard free-kick over the wall with a great piece of improvisation, and Muskwe buried his shot on the turn into the bottom corner. 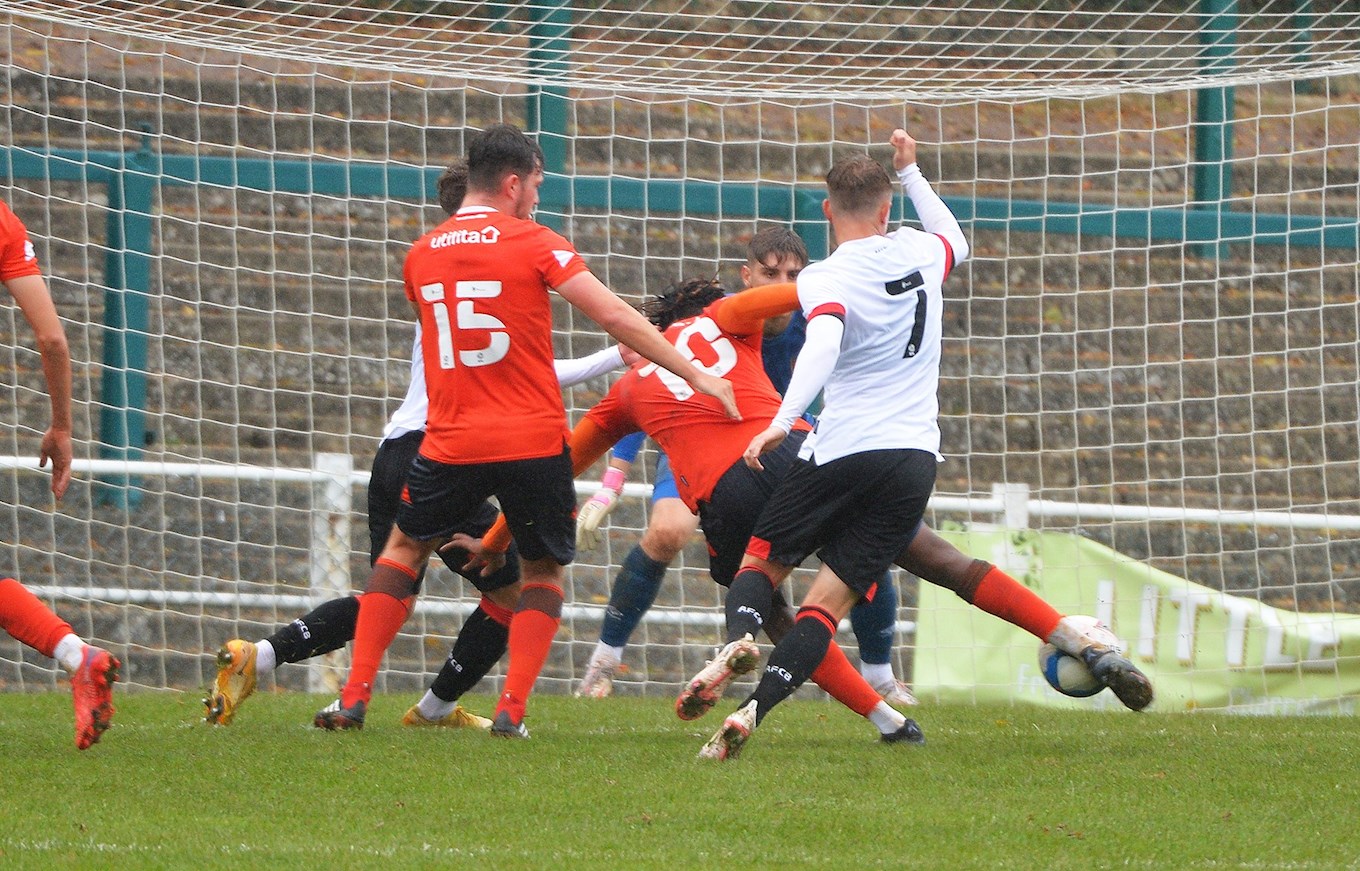 Muskwe was immediately on the front foot again after the break, appearing to be tripped in the box by Seddon within 30 seconds of the restart, but the referee waved the penalty appeals away.

Thorpe went on another driving run through the middle soon after, feeding Mendes Gomes to cut in from the right and hit a shot that was deflected, enabling Plain to save low to his left.

Addy was the next to bring a save out of Plain, before the winger's trickery set Muskwe up for a shot at goal, again the Bournemouth stopper proving equal to the striker's right-footed effort.

The changes started to be rung soon after the hour mark, with the outfield first teamers Osho, Campbell, Mendes Gomes and Muskwe replaced by Casey Pettit, Callum Nicolson, Conor Lawless and Josh Allen, then Thorpe taken off soon after with Tyrelle Newton introduced.

Aaron Roberts might have drawn the visitors level moments before their trialist substitute did on 78 minutes, tapping in from close range after Shea had saved Ben Greenwood's initial shot, but couldn't hold it.