Ahead of tonight's Prostate Cancer UK charity takeover match at QPR, we are proud to say that the 61 members of Luton Town staff who are taking part in the Prostate United Challenge in support of Mick Harford have so far raised more than £8,000!

This figure has been reached with the amazing kindness of our supporters and especially our local community, who donated £1,500 at the 2020-21 Luton Community Awards organised by Hatters Community Ambassador Mostaque ‘Raj’ Koyes.

There will be a feature broadcast in the build-up to tonight’s live Sky match with the Hoops, who have dedicated the Sky Bet Championship fixture to Prostate Cancer UK as part of their partnership with the charity – a cause both clubs are united behind off the pitch.

Sky were at the training ground and stadium last week to film manager Nathan Jones, his coaching staff and other members of the Luton Town family cycling or running for the cause, inspired by our assistant-manager Mick Harford, who spoke about his battle with the disease and the treatment he has been undergoing in recent months.

Look out for it if you’re at home watching on Sky Sports Football, with the programme starting at 7pm and the feature due to air at around 7.20pm. We will endeavour to share it on club channels after the match too, with kind permission of Sky.

The Hatters and QPR are among over 40 EFL clubs to be taking part in Prostate United, a month-long fitness challenge created by Rotherham United duo Stephen Gilpin and Ross Burbeary, which this year has so far raised more than £55,000.

Throughout November, more than 300 members of club staff across the UK have been running or cycling every day in support of Prostate Cancer UK, including the phenomenal number from Kenilworth Road in solidarity with Mick, who also spent two spells at QPR as caretaker manager in 2007 and 2010. 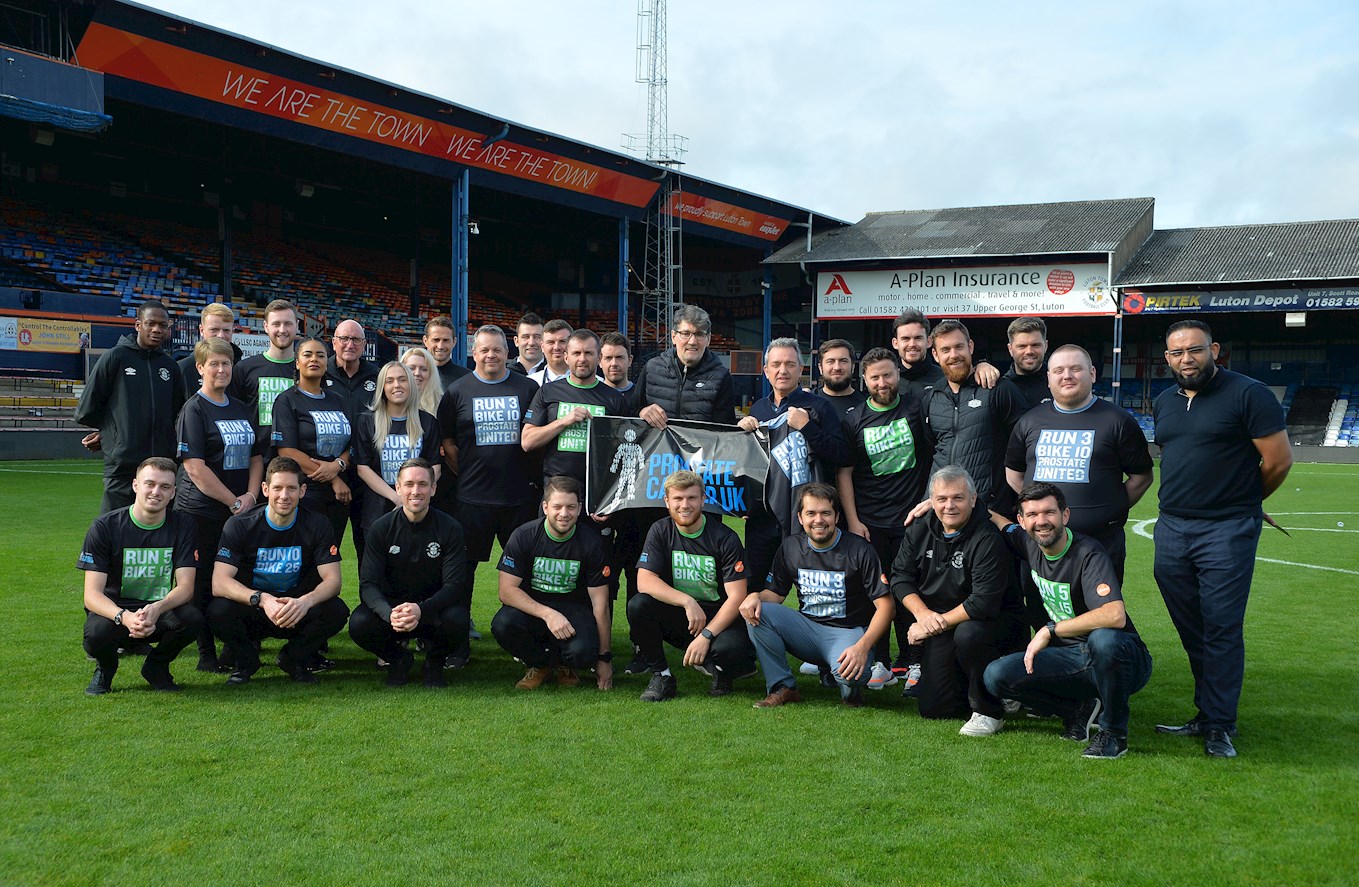 The Londoners are also hosting matchday activity tonight which will see volunteers collecting outside the Kiyan Prince Foundation Stadium for the leading men’s health charity, with all funds being invested into vital research into prostate cancer - a disease that affects one in eight men in the UK. Both sides will warm up in Prostate Cancer UK-branded t-shirts, featuring the charity’s iconic ‘Man of Men’, as modelled by Elijah Adebayo and Luke Berry in the picture above with the main man, Big Mick.

Nicola Tallett, Director of Fundraising and Supporter Engagement at Prostate Cancer UK said: “The funds raised by every club and individual involved in Prostate United will be invested into research into better tests and treatments to stop prostate cancer being a killer. We thank QPR, Luton Town and the Prostate United team for their wonderful support.”

And to help men find out whether they are at increased risk of developing the disease, Prostate Cancer UK has launched an online risk checker, available at prostatecanceruk.org/riskcheck where men can check their own risk in 30 seconds.