Manager Nathan Jones was disappointed his side were unable to replicate their usual levels after they were defeated by Stoke City this afternoon.

Jacob Brown’s first-half strike proved the difference between the two sides as the Hatters dropped to 11th in the Sky Bet Championship, despite a handful of promising chances falling their way throughout the 90 minutes.

Reflecting on the match, Jones said: “I think they only had one chance and scored from it. Apart from a corner chance in the first half but they showed one bit of quality. We’ve had a great opportunity with Muskwe’s header that went over the bar and we got in through the final third on numerous occasions without really putting the quality we needed and has been the difference today.

“On the balance of play I thought we were definitely the better side in the second half. It was very difficult because they defended well, they have experience, have kept a clean-sheet and they’ll be happy with that. There was time-wasting which meant there was no flow in the game today, they came and did a good job today and credit to them but we needed to display a bit more quality.” 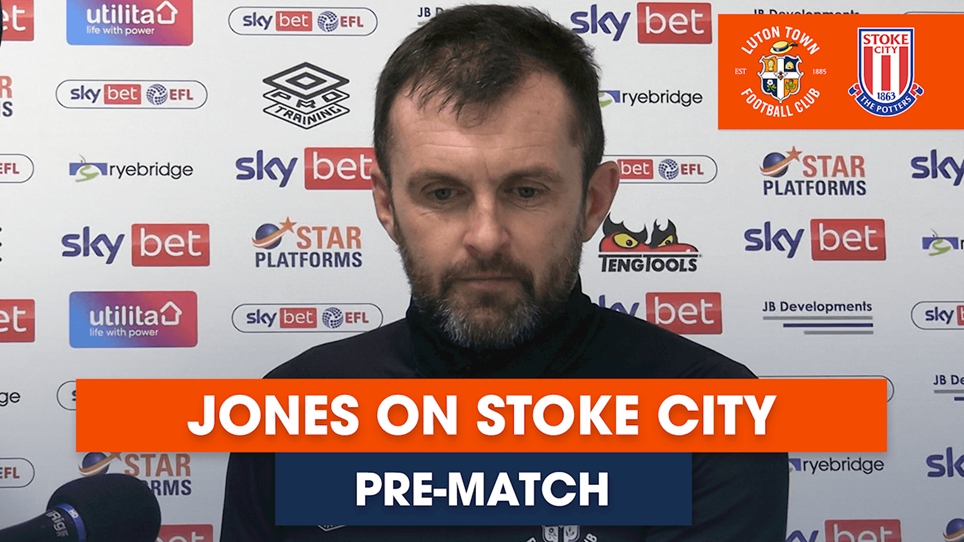 
Manager Nathan Jones is relishing the challenge of facing his former club, Stoke City, this weekend and hopes his side can head into the international break in good form.