Hatters goalkeeper Simon Sluga has heaped praise on goalie coach Kev Dearden, manager Nathan Jones and assistant Mick Harford – as well as the Town fans – for the role they have played in his fine form for the club.

In an exclusive interview that you can now watch on the club’s YouTube channel, the 28-year-old stopper was asked about the role of Luton-born Dearden, who has been on the staff at his hometown club for six years now.

“Kevin is here from the first moment, one of the persons who wanted me here,” said Sluga. "He helped me the most to get settled to the UK life, to the UK football from the goalkeeping side. He's a great, great person.

"I like him very much, like a person, like a goalkeeping coach, and all the credit to him to for a lot of good things that happened last year and this year, and is going to happen. I want to say thank you to him.

“The gaffer, Nathan, comes a little bit later from when I joined the club, and I find him a very, very good manager, a very good fella, a very intensive person.

“You know exactly what he wants from you when you are on the pitch. I like that, because I like when everyone knows what they are doing, even if everyone has a different idea, but when you know what to do when you are doing the basics right and stuff like that, you can have a good point from where to start.

“Even when Nathan was helping me last year about going home to get married, he said that I could go home immediately after the final game. I didn’t have to wait a few more days to have a meeting, or something else, so I want to thank him for that also.” 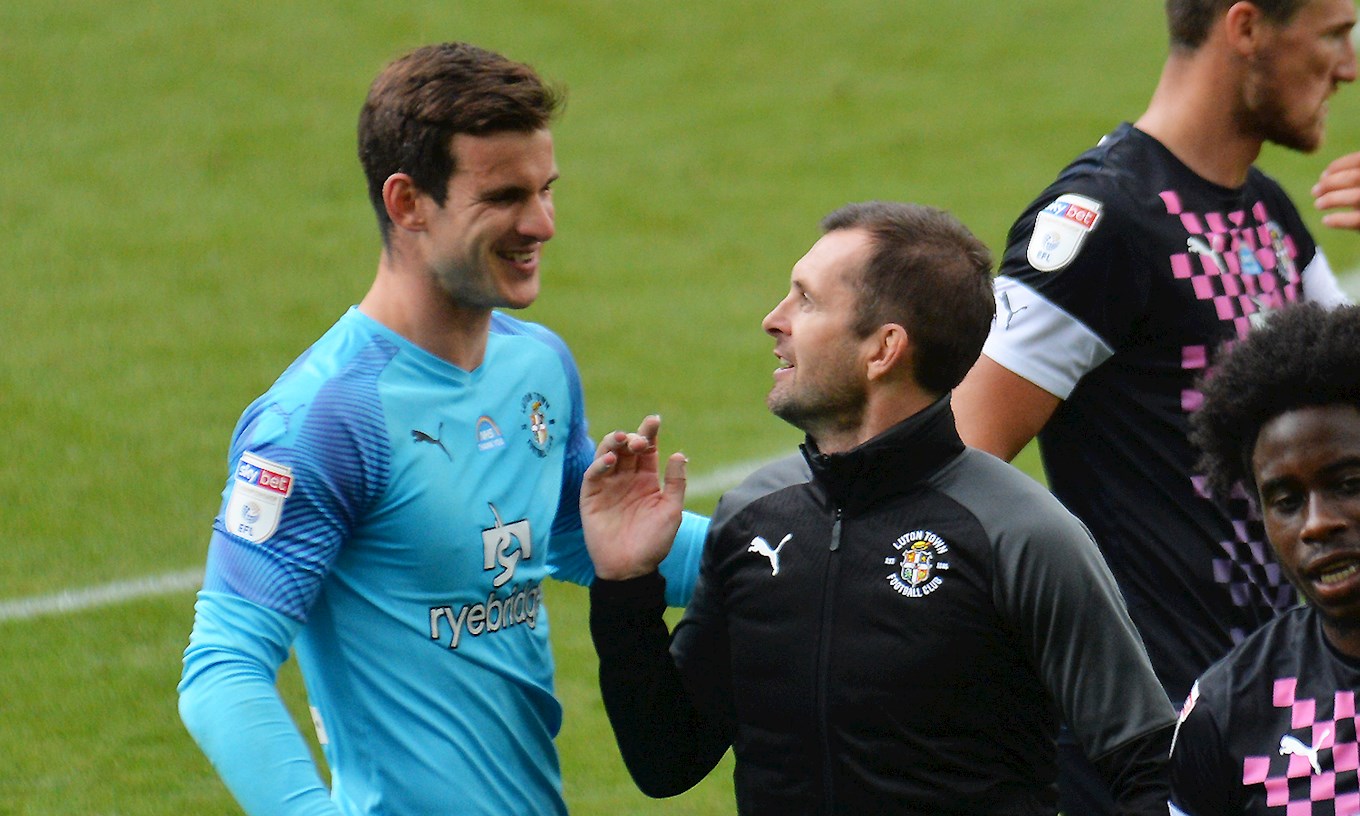 Sitting in the Kenilworth Road Trophy Room, Sluga also spoke glowingly of the Luton legend whose pictures, shirts and silverware light up the room.

“When I was coming here, I didn’t know who Mick was,” he said. “I was reading about the club history and everything, but after the first couple of times that I was here, I started to become aware of his history and how big he was.

“He as a person is so friendly to everyone, he can explain very well about each game and the situation you are going to have or how important it is. How you can improve as a person also.

“He is a massive figure to have around us and he has a good connection with the group and players. Everyone loves him, everyone respects him and I can only say nice and beautiful words about him because it is true.” 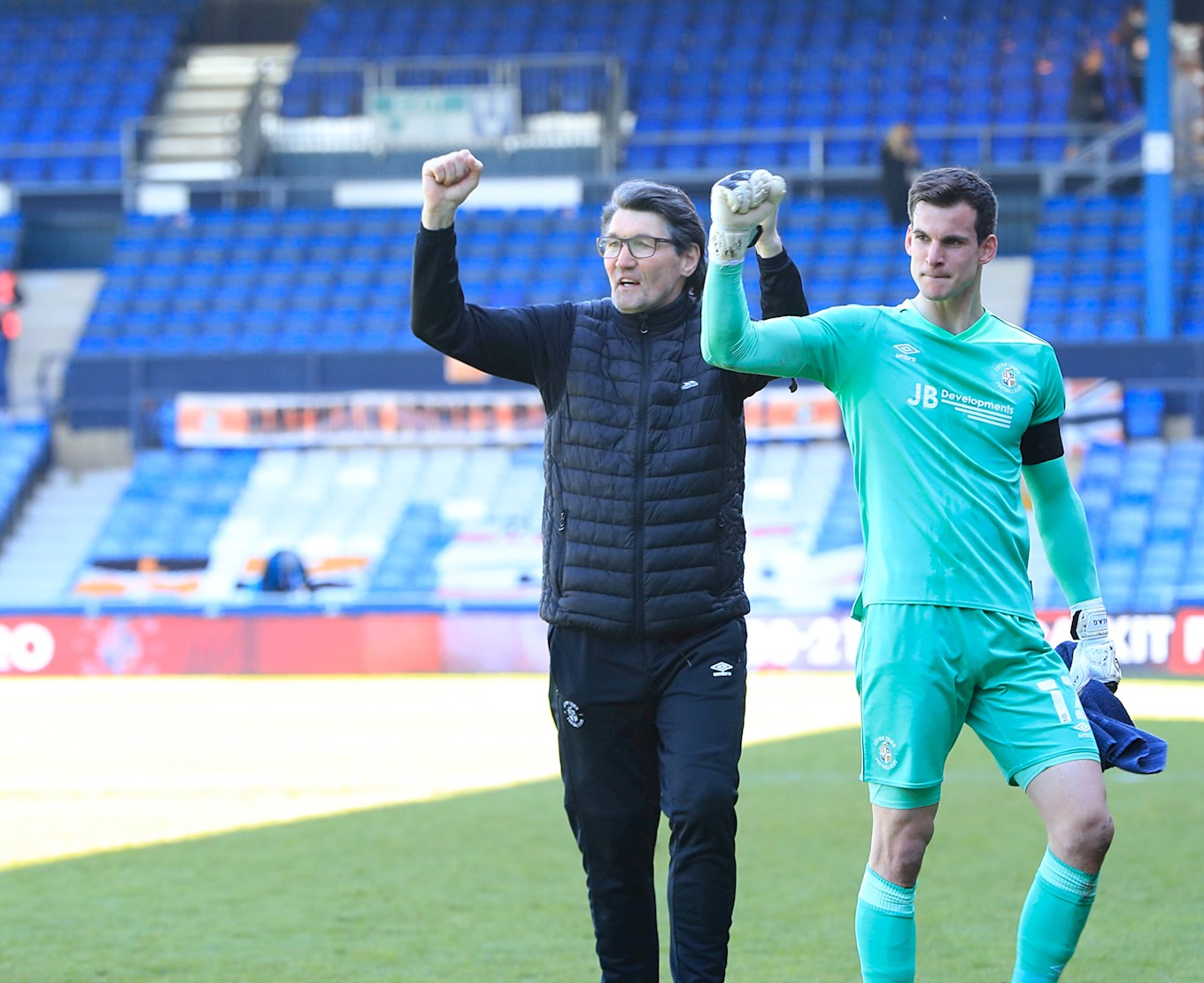 Asked about the GK Union at the club, with fellow senior keepers James Shea and Harry Isted, as well as youngsters Tiernan Parker and Jameson Horlick, he said: “The GK union is at every club in every country. Us goalkeepers know what I am talking about when I say that we have a special relationship immediately when you come into a new club, from the very first moment it is like we’re here for each other in every moment.

“If you are number 1, number 2 or number 3, if you are a good goalkeeper or not. If you have some different thoughts, we always have this relationship from the very beginning which is something tough to explain but us goalkeepers know what I’m talking about.

“Stechy when he was here, Sheasy, Harry, the young lads, very good people, very good fellas and they are big workers. They like to work and they like to improve.

“When I had a tough start last season, Sheasy after that was for me the best player on the pitch in those moments that he played.

“This year when I was injured, he kept three clean-sheets in seven games so he’s very, very good. We are pushing each other forward and we are supporting each other so it is a really nice situation to be in.” 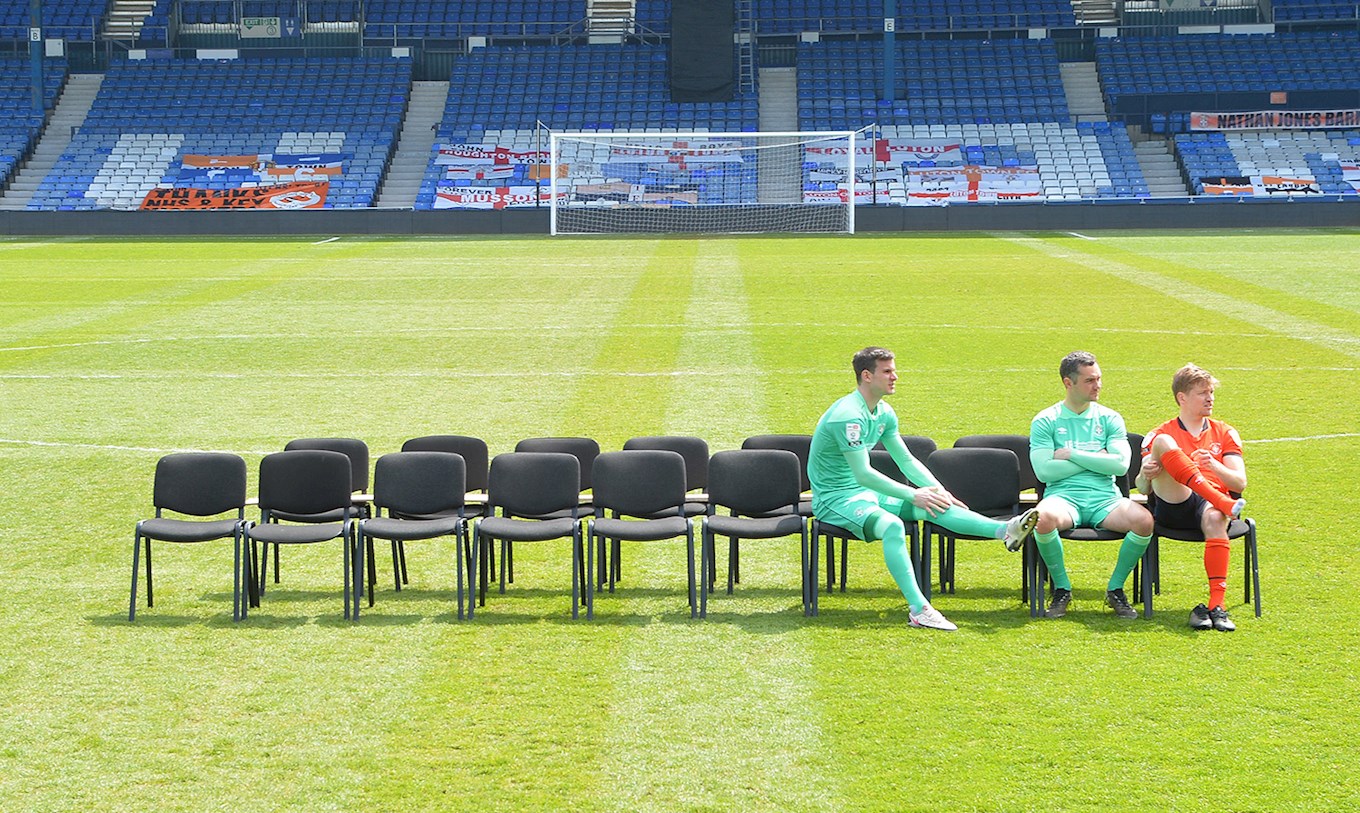 On the supporters who, when they are allowed in the ground have continued to sing his name even during difficult times, Sluga said: “Not (just) for me but everyone, we miss them so much, we miss the crowd. We miss the stress that it is giving someone in the stands! The happiness when you score a goal and you win the game, or if you make a good save.

“I think it was brilliant for all of us last season because I can’t speak about this season. I’m looking forward to the start of the next season and I hope for the rest of our lives that we are going to go back to where we were before and everything is going to be a little bit normal than it is at the moment.”

YOU CAN WATCH SIMON'S INTERVIEW IN FULL ON THE CLUB YOUTUBE CHANNEL AT THE TOP OF THIS PAGE, OR ON IFOLLOW HATTERS FREEVIEW BY CLICKING HERE