Everyone at Kenilworth Road has been saddened to learn of the passing, earlier today, of Alan Slough after a long illness.

Luton born Alan was a Hatters fan from boyhood and it was natural that he should sign on for the Town but only after those at Kenilworth Road heard that the talented player on their doorstep had been invited to Watford for trials.

Signing professional forms in May 1965, shortly after his Stopsley High School friend Bruce Rioch, Alan made his Luton debut in a League Cup tie against Brighton that September but it was not until the following season that he staked a regular place in the side which he kept for the next seven years.

The versatile Alan wore every shirt apart from outside-left in his time at Kenilworth Road, and was a mainstay in the promotion seasons of 1967/68 and 1969/70 in a glorious spell for the club which saw them rise from the depths of Division Four to the fringes of the top flight.

Although Alan remained loyal to the Hatters, manager Harry Haslam soon made it clear that he would prefer his own players in the side rather than the ones he inherited on taking over as Luton boss.  It was therefore an easy decision for Alan to make when his old manager, Alec Stock, came calling and he left for Fulham in August 1973 after 312 first team appearances and 32 goals.

At Craven Cottage, Alan joined a side which included Bobby Moore and Alan Mullery, and later George Best and Rodney Marsh, and appeared in the Cottagers side that lost to West Ham in the 1975 FA Cup final.

Alan then joined Peterborough in 1977 where his claim to fame was a hat-trick of penalties in a game which was lost 4-3 at Chester. A short spell at Millwall followed before he joined up with his old school friend Bruce Rioch, now manager at Torquay, where he coached for 18 months before winding down his playing career with non-League spells at Barnstaple, Minehead, Weymouth and Yeovil although he was still turning out as player/manager of the Torquay branch of the Christians in Sport team well into his forties.

Alan remained in Torbay, running his own coaching school and cleaning business.

Our condolences go out to his wife Anne, family and friends. 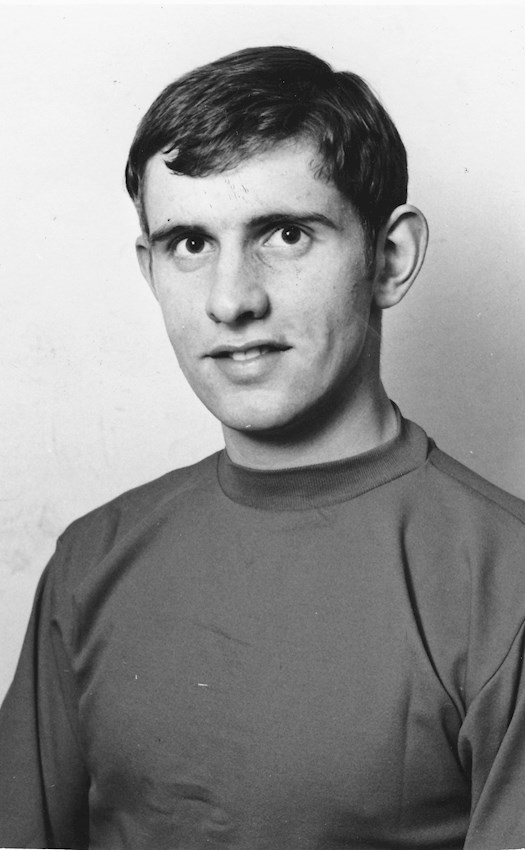