In his pre-Norwich Press conference this afternoon, manager Nathan Jones spoke glowingly about Ryan Tunnicliffe after the midfielder came in from the cold to deliver three strong performances in a seven-point week, including two goals in the wins over Sheffield Wednesday and Nottingham Forest.

The 28-year-old had made just two starts and two sub appearances in 2021, and hadn’t featured at all for four matches, before being thrown back into the engine room against former club Millwall last Tuesday.

He followed up an impressive showing in the 1-1 draw with the Lions by netting the equaliser in the second-half turnaround against Wednesday last Saturday, before grabbing the second-half winner on Tuesday to give the Hatters their first win at the City Ground since 1983. 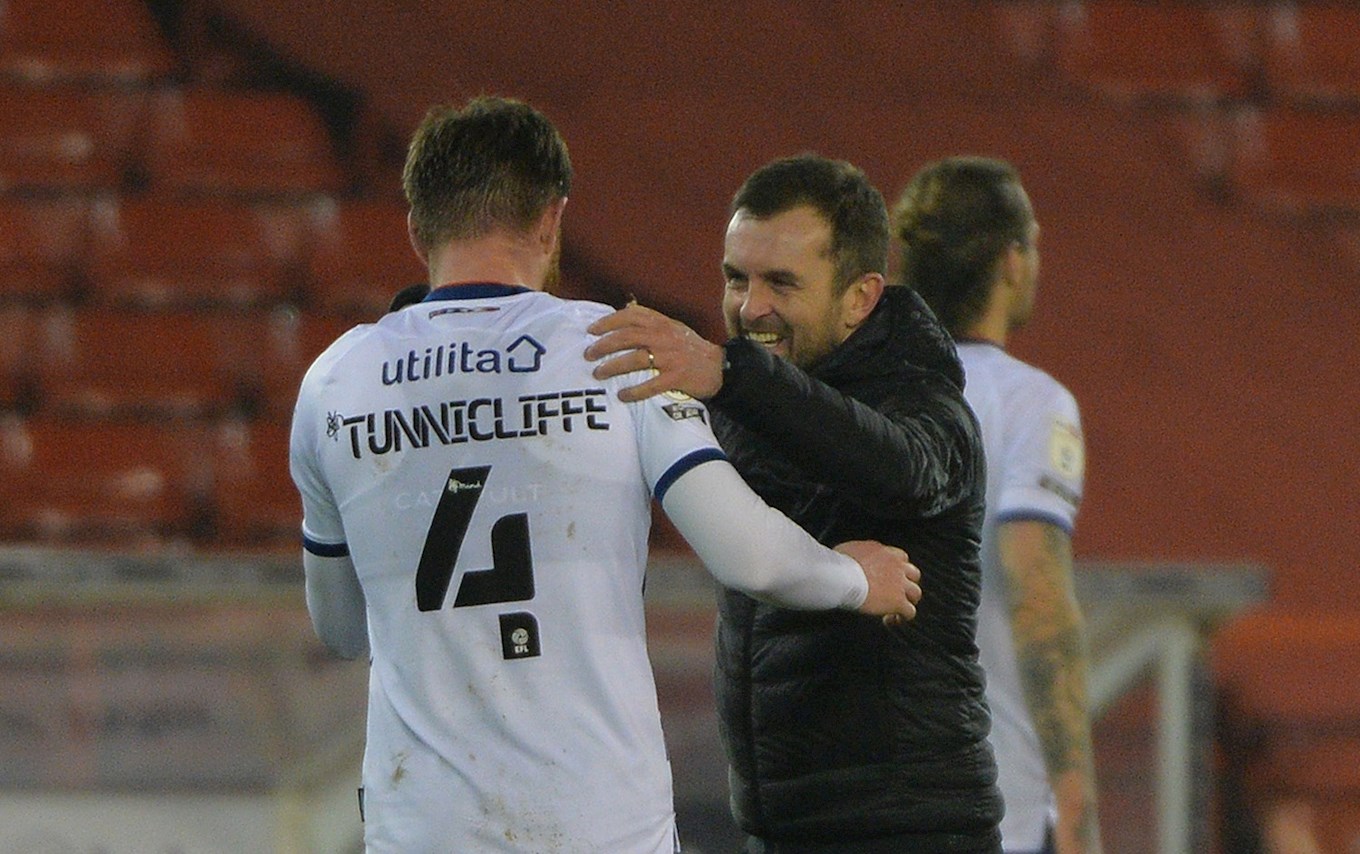 Asked about the former Manchester United and Fulham man’s form, having previously spoken about having had the chance to leave the club in the summer transfer window, Jones replied: “I’m really proud of Ryan. I’ve told him that. I messaged him the other night, I told him after the game. I’m really proud, and not just because of his goals.

“When I first came in, he’s a strong character in terms of certain ways and so on, and he had to be patient. I tried to be fair to him in the summer, but he wanted to stay, he wants to do well and it’s proved a great decision.

“He’s in wonderful form, he’s trained really well, he’s a big part of something with the character he’s shown, and I’m really proud of him because a lot of players would have taken the easy option. But he hasn’t, he’s stuck at it, and he’s been wonderful. 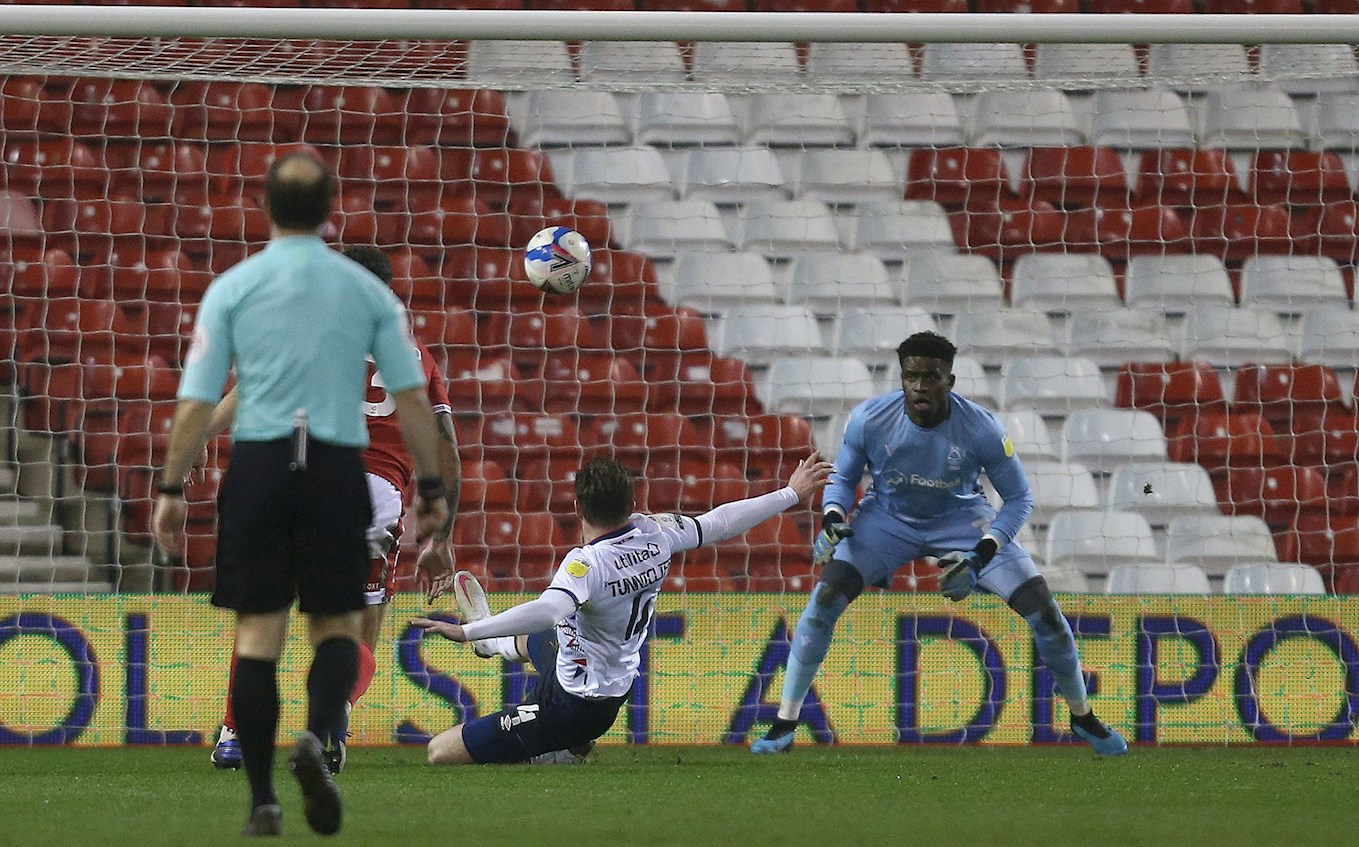 “We really like him actually and it’s been harsh on him because we have told him, ‘Look...’ because we’ve had some midfield players in some real good form, Pelly and Kiernan have been in real good form, and Luke Berry as well has really contributed, it’s just been a bit tough on him.

“Since he’s come back in he’s been fantastic, and he deserves more credit than anybody for that.”

On whether his bursts into the box to get on the end of crosses can become a more regular occurrence, with Tunnicliffe’s only previous goal coming in the 1-0 win at Middlesbrough just before the first lockdown last season, Jones added: “We do encourage them all to do that, and we work on that.

“He has that a little bit naturally, he does that anyway. When I was at Brighton, he was at Blackburn and he played as a number 10, a running 10, so we know he can do that. But he’s done fantastically well and he’s earned his place. He’s earned the performances by the work he does. 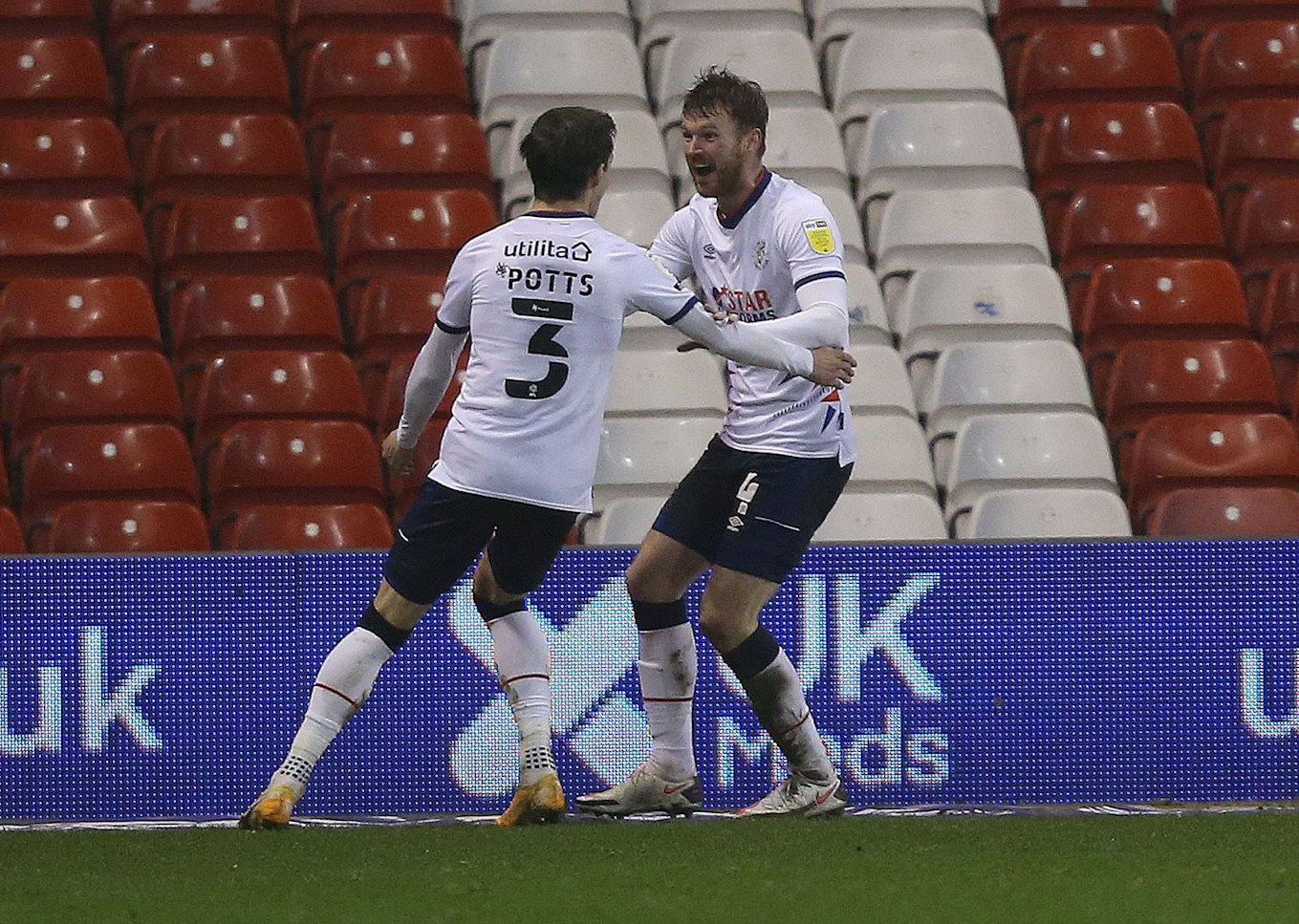 Another player who came in for criticism last season, but is now flourishing in the Championship, is goalkeeper Simon Sluga.

In recording another clean sheet, his eighth of the season in all competitions, the 27-year-old Croatian made a fine save early in the second-half from James Garner (pictured below) and proved his growing confidence by coming 15 yards througha crowd of players to punch a cross clear and relieve any pressure in injury-time. 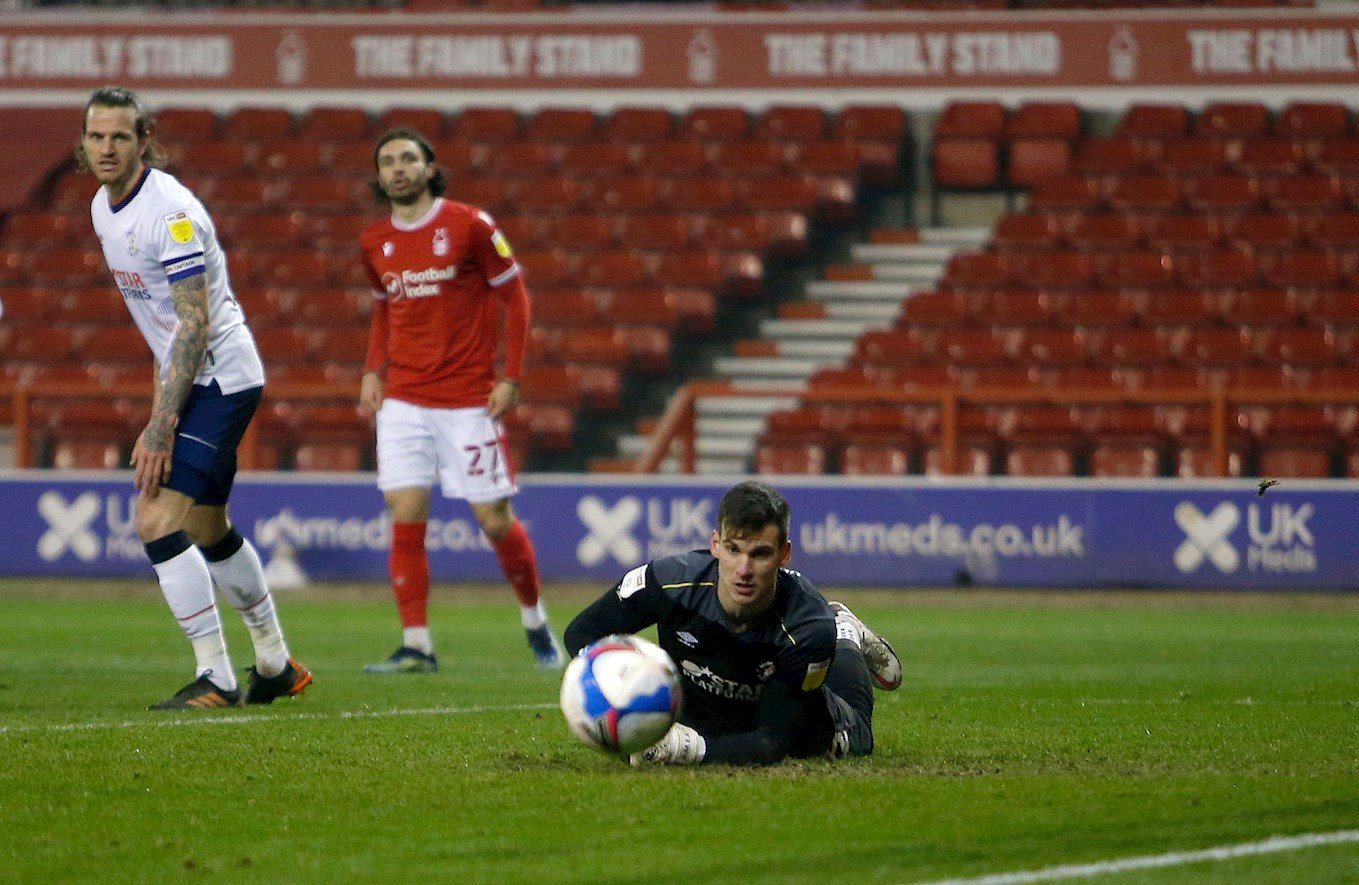 “Again, a lot of credit for him,” said the Welshman. “It’s difficult when you first come into a club when you are not a national of that country and that league. You come in and everything is different, and the Championship is unforgiving, it’s a tough league.

“Without being disrespectful, there are some top teams in Croatia, but the strength of the Championship is probably stronger than that.

“So for him to come in as a new keeper, and not have family here, it was always going to take time to settle. But he has now settled wonderfully and is a real good character. Miserable, but good character – and he’s done fantastically well!

“I spoke to him briefly today. I don’t speak to him very often because he doesn’t need a lot, he’s very low maintenance in terms of that. I just said to him ‘I’m really pleased with everything you’re doing’, and sometimes that’s enough.”