The Hatters are back in action tomorrow night against Nottingham Forest, looking to secure back-to-back wins after victory at the weekend.

Following the comeback 3-2 win against Sheffield Wednesday, Town will be eager to continue where they left off against the Reds, who are two places and a point behind Nathan Jones’ side at the start of play.

(Click here to listen to the full press conference on iFollow...) 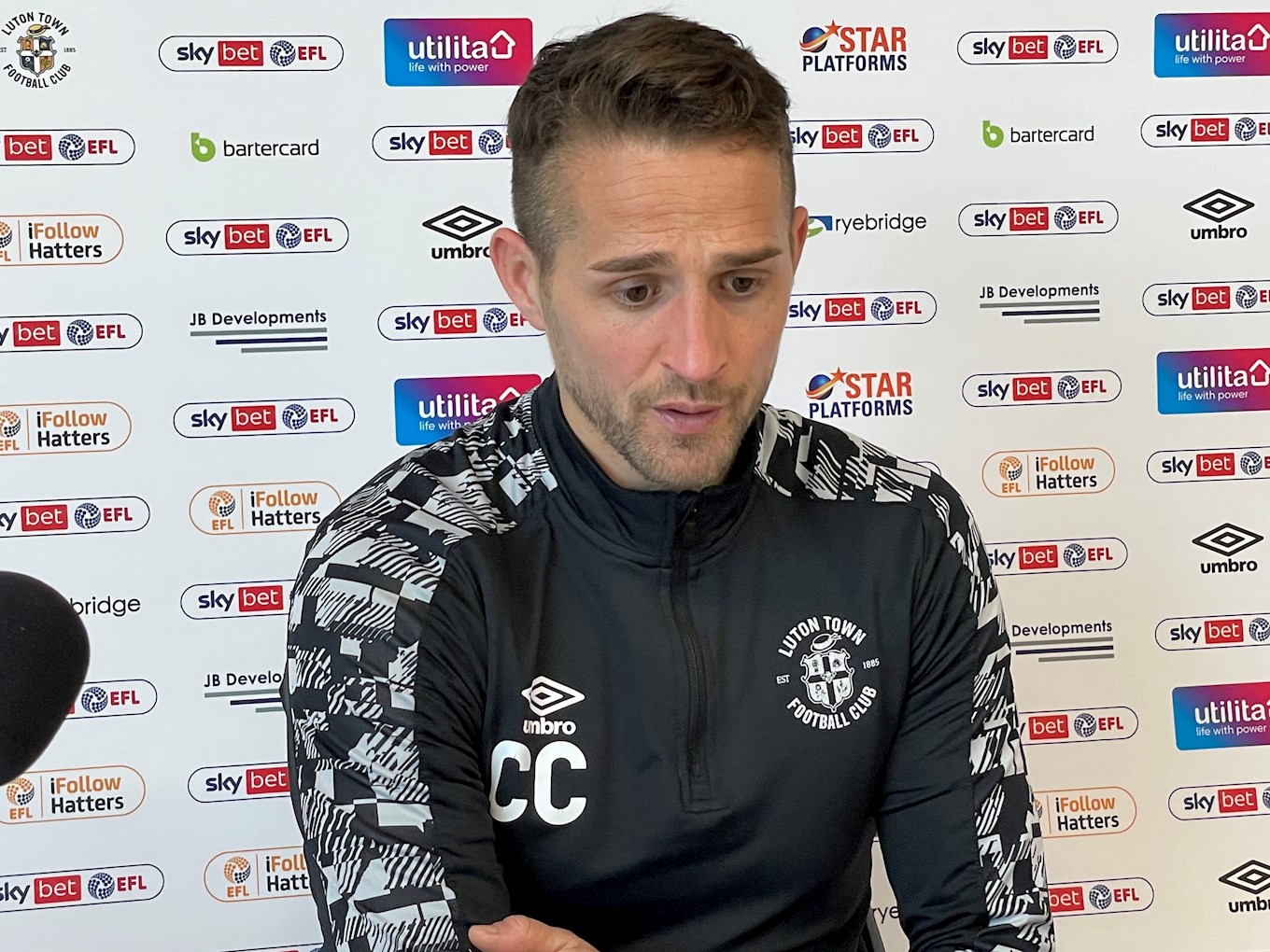 Founded in 1865, Nottingham Forest have enjoyed plenty of success during their time as a football club. The two-time FA Cup winners (1897-98 and 1958-1959 seasons) won the first division in 1978 and in the following two campaigns, lifted the European Cup consecutively.

He most recently endured a five-year spell as manager of Brighton & Hove Albion, before arriving at the City Ground and has since lifted them up to 16th position.

Glenn Murray arrived at the City Ground during the January transfer window and has since found the back of the net on two occasions.

The 37-year-old certainly knows where the goal is given his history for the likes of Crystal Palace and Brighton & Hove Albion, the latter whom he scored 111 times for in 285 appearances.

Kick-off is 7:45pm at the City Ground on Tuesday 2nd March.

The referee for Tuesday’s match is Jeremy Simpson – who most recently took charge of the Hatters in the 1-0 defeat to Blackburn Rovers in January.

The two sides contested a 1-1 draw against Kenilworth Road despite Forest being reduced to 10-men for the second half.

Highlights from that match are available to watch on YouTube here…

Season ticket holders will be able to watch the match live on iFollow Hatters as this is a weekday away match.

If you are not a season ticket holder you can follow tonight’s match by purchasing a £10 match pass.

All of the money from every match pass sold comes directly back to the Club and is a valuable source of revenue as matches continue with limited crowds permitted to home matches. We are very grateful for your support by watching on iFollow when you are unable to attend matches in person.