Captain Sonny Bradley on his new contract with Luton Town!

Sonny Bradley believes that progression this season will be his hardest challenge yet as a Luton Town player, but the defender is relishing the chance to continue proving the doubters wrong.

After surviving on the final day of the season in 2020, Nathan Jones and his players performed brilliantly to merit a 12th place finish almost a month ago, though Bradley doesn’t just want to stop there.

“I want to progress,” the 29-year-old said. “I want to push on, the last five or six seasons, from being at Plymouth and being at Luton, I feel that I’ve progressed every year, and I want to do the same again next season.

“For me there’s no reason why I can’t, it helps that this season I’ve played in a team with more confidence and the team are playing better as a whole, so that obviously helps me out as well.

"I have certainly got another gear to my game,” the captain continued. “I think the manager knows that and I’ve let him know that, and I want him to push me, as a squad I want us to push each other and I think there’s a lot of people that do have another gear to their game, if we find them gears then who knows what can happen next season.”

“Make no mistake it’s going to probably be the biggest challenge yet since I’ve been at this football club. As I mentioned it at the end of last season about winning the League One title is difficult, staying in the Championship was tough, it was a big ask and we did it, but the biggest step up was from finishing where we did on the last day to finishing 12th.

“That for me was the biggest step up, so to go again and improve again, for me, this is going to be the biggest challenge, but we've got a group of players that are ambitious, we’ve got a manager who’s ambitious and doesn't want to stand still.

“None of the players that are currently signed to the football club want to stand still, we’re all there as we all want to improve and want to progress, if I didn’t feel that was possible, then I wouldn’t re-sign for the football club as the football club wouldn’t match my ambition, so the ambition is there, the drive’s there, it’s just about coming back strong, staying fit and giving everything again next season." 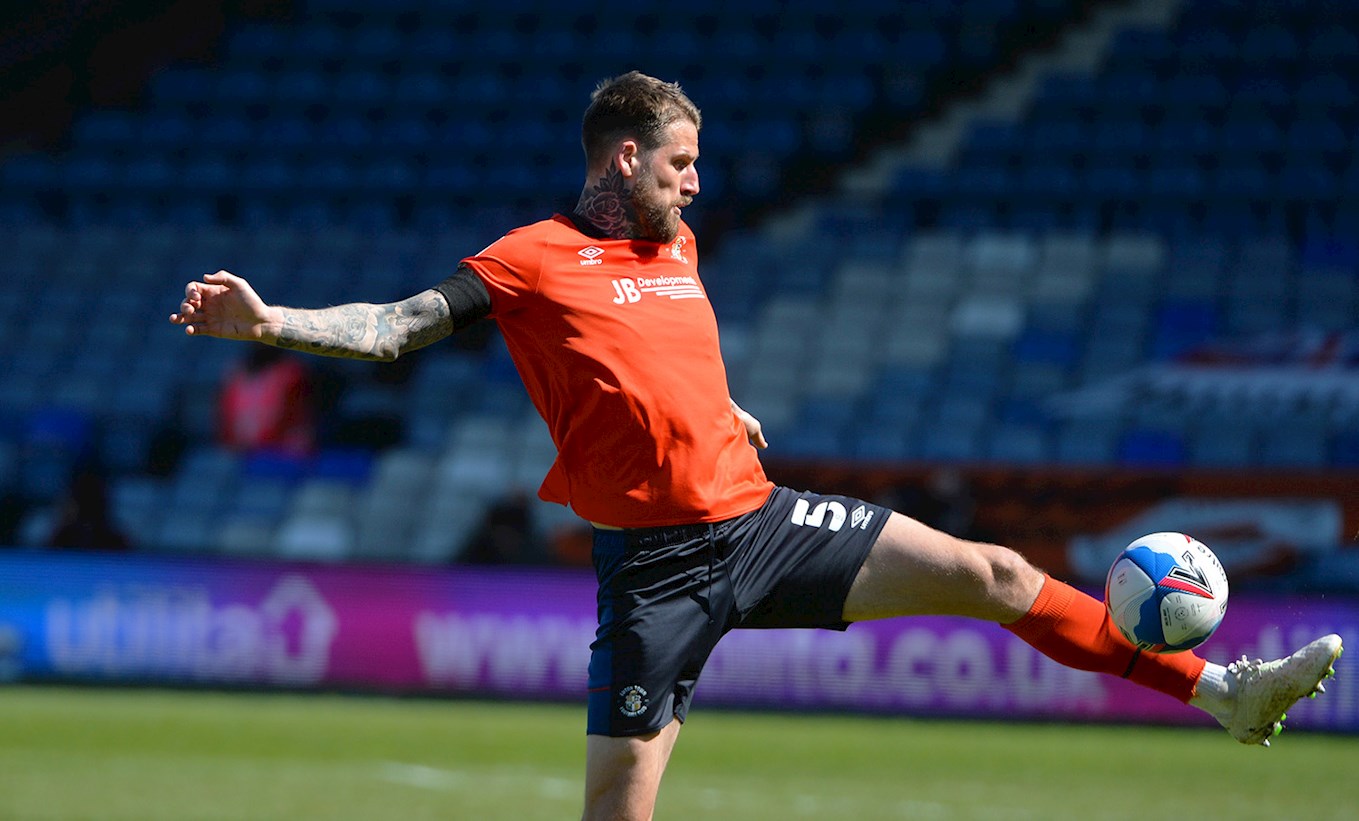 After putting pen to paper on a new deal at Kenilworth Road, Bradley was full of praise for all involved in his three-year journey with the club up to this point.

“We’ve had success, promotion from League One, two good campaigns in the Championship and for me, this is the best level i've played at, the best football team I’ve been a part of and on the pitch everything seems to be moving in the right direction.

“But it’s not just on the pitch, it’s off the pitch as well, I’ve built up some really good relationships off the pitch, I love the place that I live, and my family have always been made welcome at the football club and that’s a big thing for a player.

“I think it gets overlooked at times, if you feel comfortable, if your family feel welcome, it can have an impact on how you’re playing, Luton for me are first class when it comes to looking after the families, because I think they understand how important that is to a player, so I’ve certainly got that connection with Luton now and I want to make that even stronger moving forward.”