We are pleased to confirm the schedule for our pre-season campaign, which begins with a trip to our Southern League neighbours Hitchin Town on Saturday 3rd July.

Spectators will be permitted at Top Field for the 3pm kick-off, with 650 tickets going on sale via the Canaries’ website – www.hitchintownfc.club – from 9am tomorrow. It is hoped that more will become available following the Government’s announcement on June 21st.

These will be priced as follows:

Adults Over-80 – FREE (but must obtain a ticket online)

A week later, Saturday 10th July, the Hatters face Rochdale – the now-League Two club with whom defender Gabriel Osho spent a period on loan last season – in a behind-closed-doors match at a neutral venue, to close a week-long UK training camp.

On Wednesday 14th July, Nathan Jones’ side will be back home to face Bedford Town. As with Hitchin, spectators will be welcomed at The Eyrie and the Eagles will be releasing ticket details on their website in the coming days.

Concluding our away travels is a trip to National League outfit Boreham Wood on Saturday 17th July at 3pm. Again, tickets will be available for the Meadow Park fixture via the Hertfordshire club’s website.

Kenilworth Road is the venue a week later, Saturday 24th July, as we gear up towards the start of the season with a 3pm kick-off against League One club Portsmouth.

It will be the first time the two sides have met since that magical night in the snow here in January 2019, when George Moncur’s late winner proved decisive in the five-goal thriller!

Our pre-season schedule is due to be rounded off with another home match on Saturday 31st July, and the opposition for this fixture will be confirmed in the coming days.

We look forward to welcoming as many Hatters back to the Kenny in preparation for the 2021/22 season as possible and we will be announcing ticket availability via the club website and social media channels as soon as we are able. 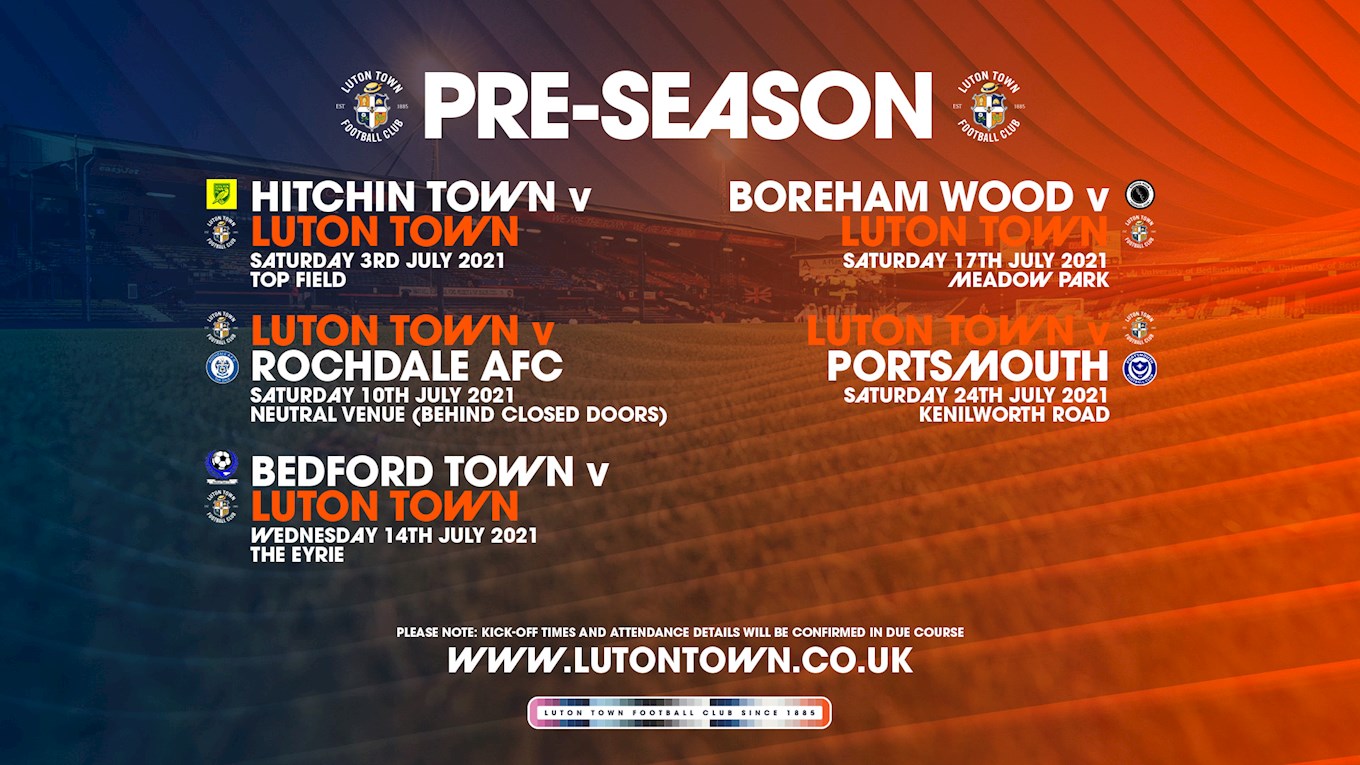