Allan Campbell says the advice of former Hatters at Motherwell, Nathan Jones’ vision for him to push on and the way the club have looked after his family, all helped persuade him to join Luton Town.

The Scotland Under-21 midfielder visited The Brache with his dad, also Allan, last week to meet the Gaffer, then returned with girlfriend Shantel on Sunday night before Allan Snr and mum Jackie joined them again today.

Speaking at his Transfer Club unveiling on Zoom earlier this afternoon, the 22-year-old said: “I brought my family down and they have been brilliant for us here.

“As a football person you need a bit of down time (at the end of the season), but after a couple of days I was trying to get back into playing again and the club have helped massively.

“The staff here have brought my girlfriend and my family down, and since I’ve come down here to the training ground they have been nothing but brilliant. Now it is just about getting settled and playing football.” 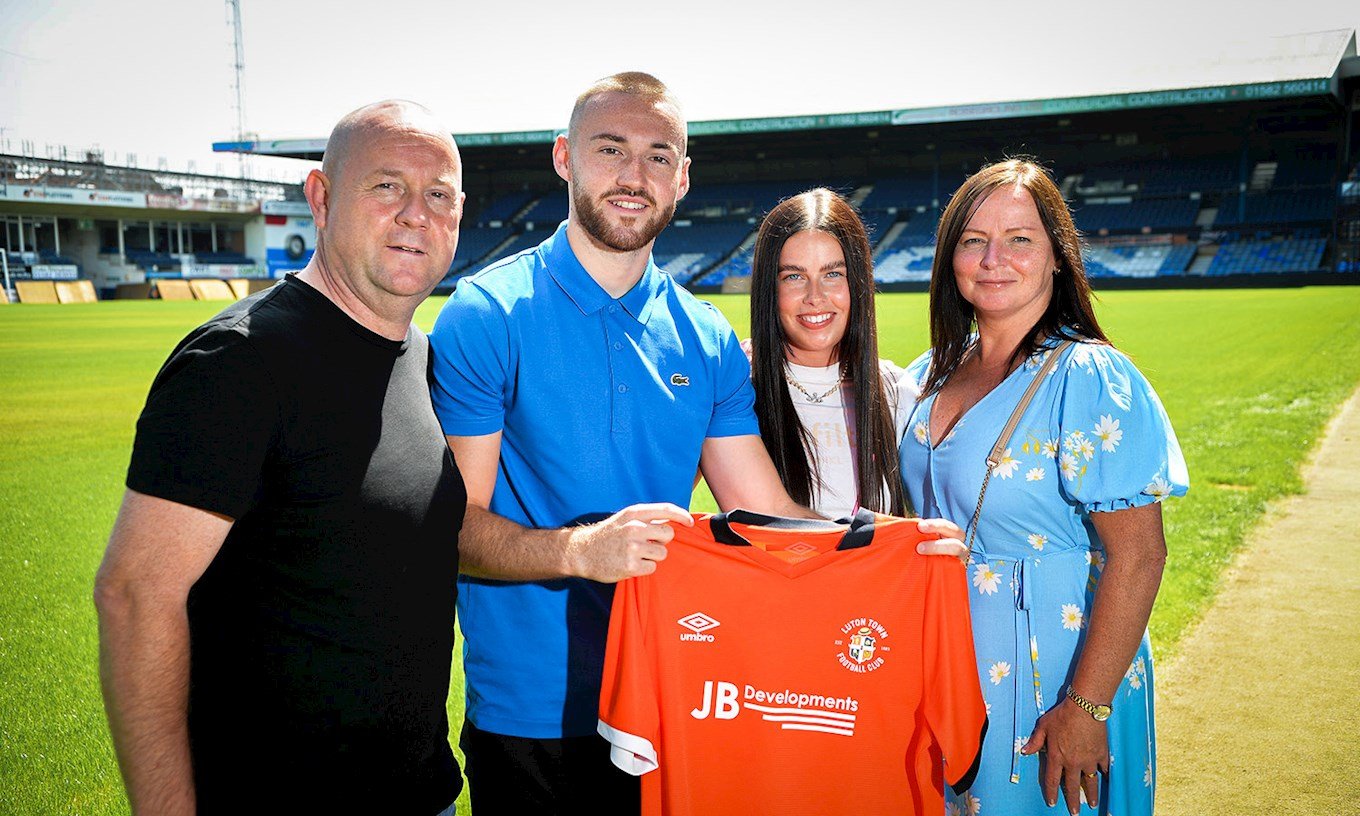 On his meeting with Nathan Jones last week, Campbell went on: “He took me and my dad into the meeting room and showed us a presentation, talked about how he can help me develop and help me reach my goals and help me get settled here; how I can push forward, how the club can push forward and how we can all go in the right direction.”

Campbell built a reputation as an energetic, all-action midfielder in 159 appearances for his boyhood club Motherwell, where he became known as the ‘Lanarkshire Kante’.

Asked to describe what kind of player the supporters will be getting, the Glaswegian said: “I think the fans will see a fan on the park. Just someone giving their all for the club. A dedicated, tenacious player, box-to-box, getting stuck in. I’ll try and get goals and assists, just work my best out there and the fans will hopefully appreciate it.”

At Fir Park, Campbell has enjoyed success in reaching cup finals and qualifying for Europe under Stephen Robinson, the former Hatter who managed him for three years before leaving at the turn of the year. 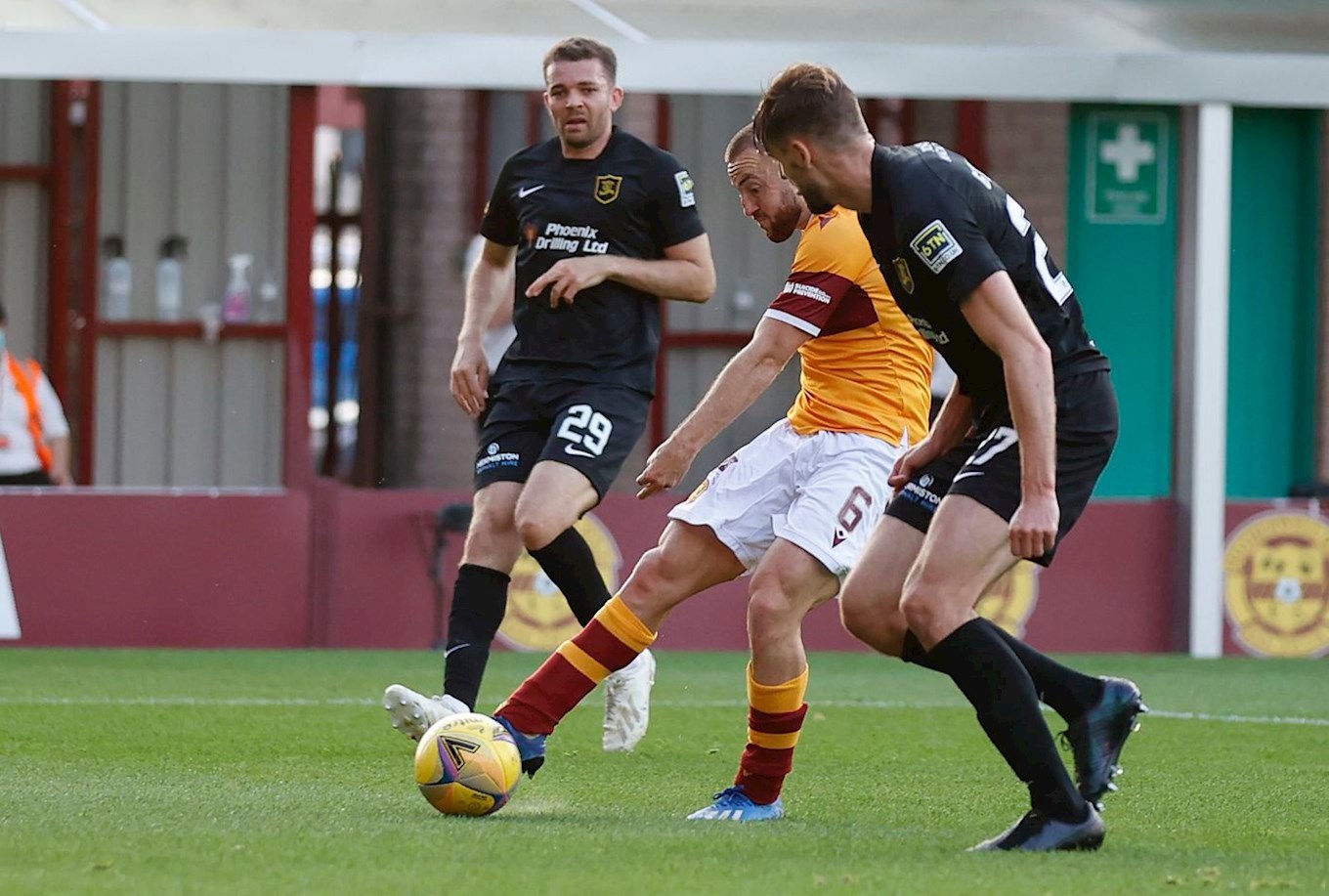 Campbell describes the new Morecambe boss as “massively” influencing his career, explaining: “He was the one who gave me a real chance for Motherwell and he has brilliant helping me develop as a player and a person. I can’t thank him enough for the time spent at Motherwell.

“He has given me a message, wishing me all the best and saying a few things about the club, how big the club is and the supporters. I just wished him all the best as well for the future.”

“I’ve spoke to him a few times, he doesn’t stop talking and he’s always on my ear talking about the past!” smiles Allan. “I’ll give him a message in the next few days because I’m sure he’s got a lot on with the football, but I’m sure he will say nothing but good things about the club.” 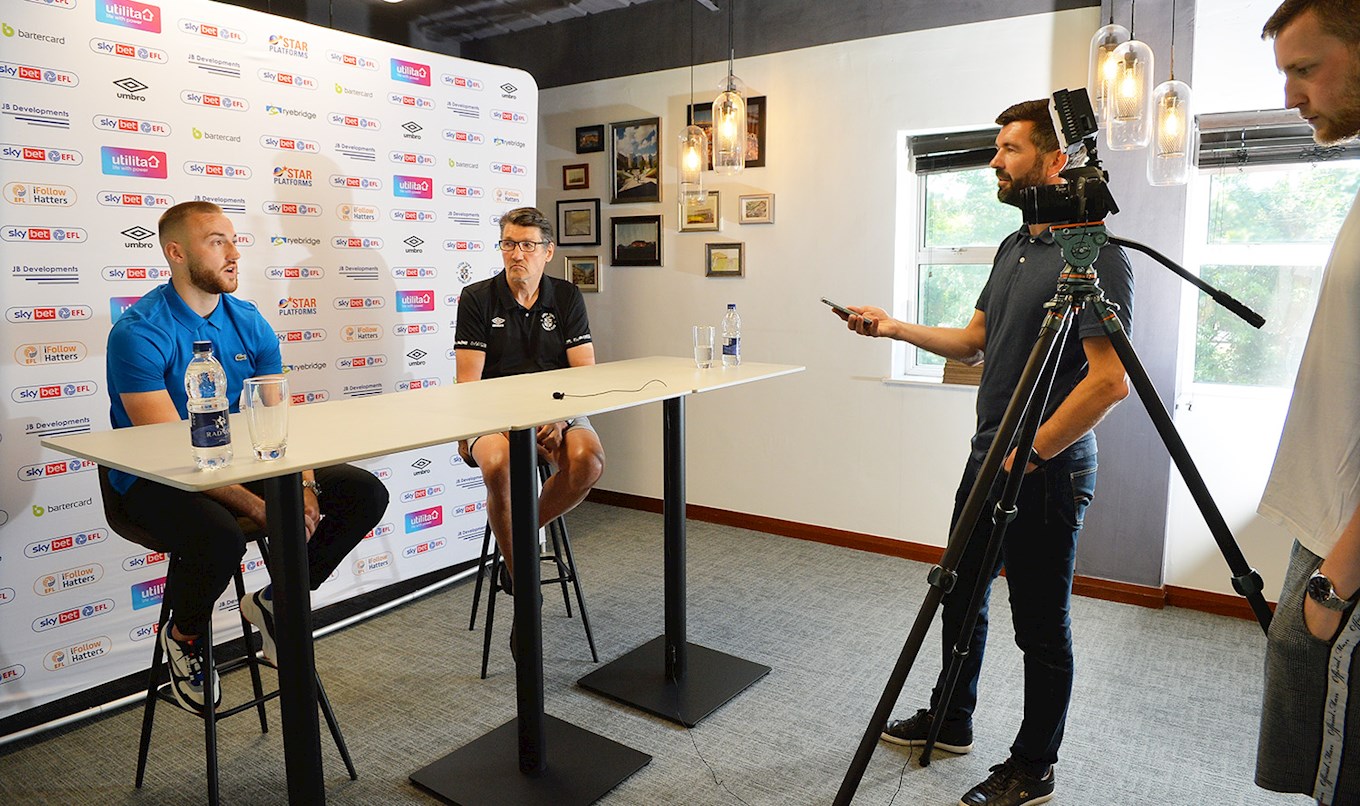