The Hatters recorded a second win of pre-season to round off an excellent week-long training camp at Queen Ethelburga's College in York this afternoon, beating League Two Rochdale 4-0.

Manager Nathan Jones selected two different teams for each half, using 23 players in total, and saw his side run out winners with two goals in each half, Elijah Adebayo netting from the penalty spot, Reece Burke and Cameron Jerome bagging their first goals for the club with Harry Cornick tapping in a third in between. 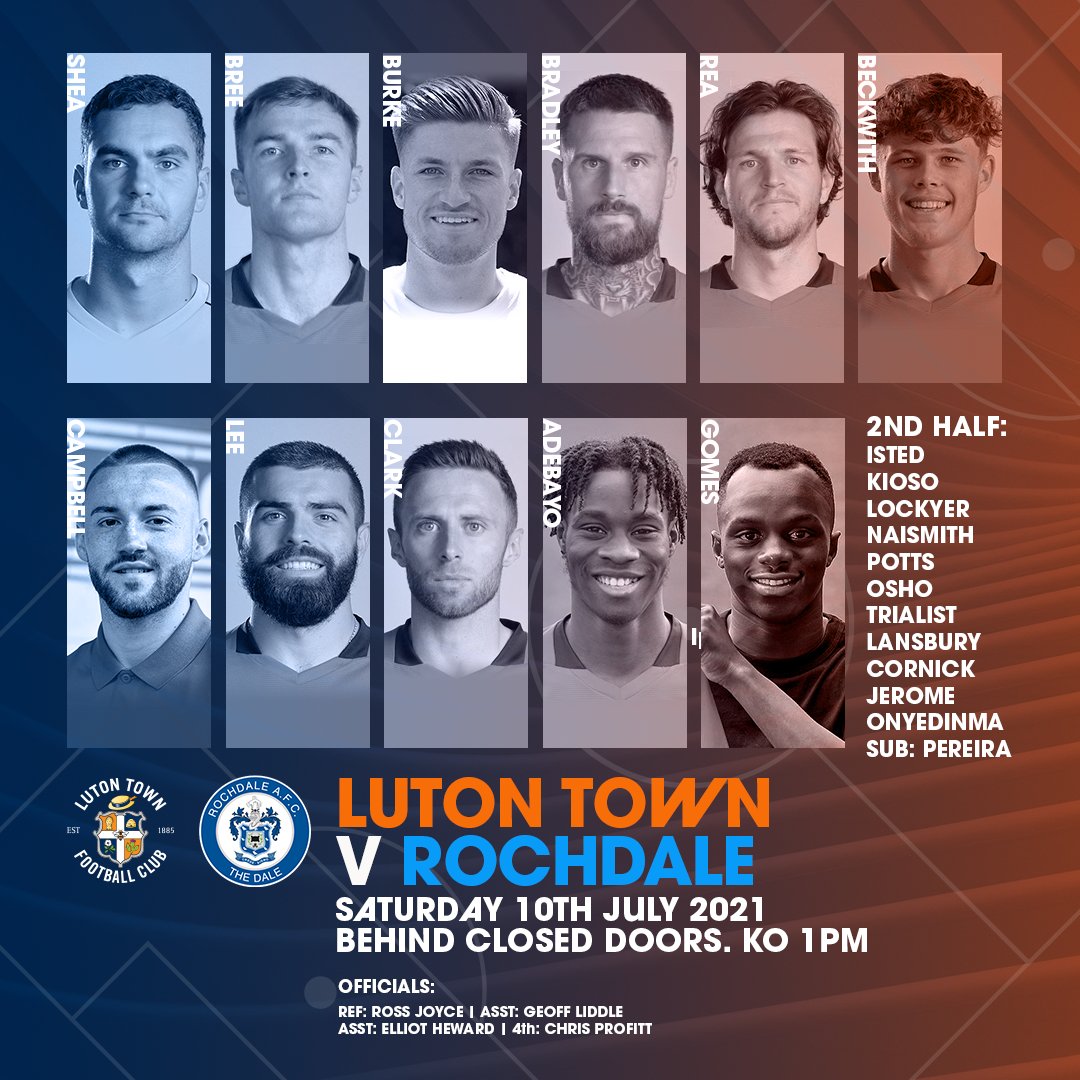 The Hatters started brightly, Adebayo meeting a Jordan Clark cross with a glancing header that went just wide of the far post in the third minute.

Goalkeeper James Shea was a spectator for the opening period, but was called into action in the 15th minute to keep out a 15th-minute Jake Beesley shot before the Town got their noses in front.

Allan Campbell picked up the ball and drove towards the Rochdale box, only to be fouled by backtracking forward Abraham Odoh. Adebayo did the rest from the penalty spot, burying his kick into the bottom left corner pat Brad Wade.

Wade saved a 20-yarder from Carlos Mendes Gomes soon after, before Campbell bent a beauty around the Dale keeper in the 23rd minute, only to be denied by the upright.

Glen Rea was putting himself about in midfield, snapping into challenges, but it wasn't until the stroke of half-time that Burke doubled the advantage, blasting home after Sonny Bradley's header at goal was blocked by a defender. 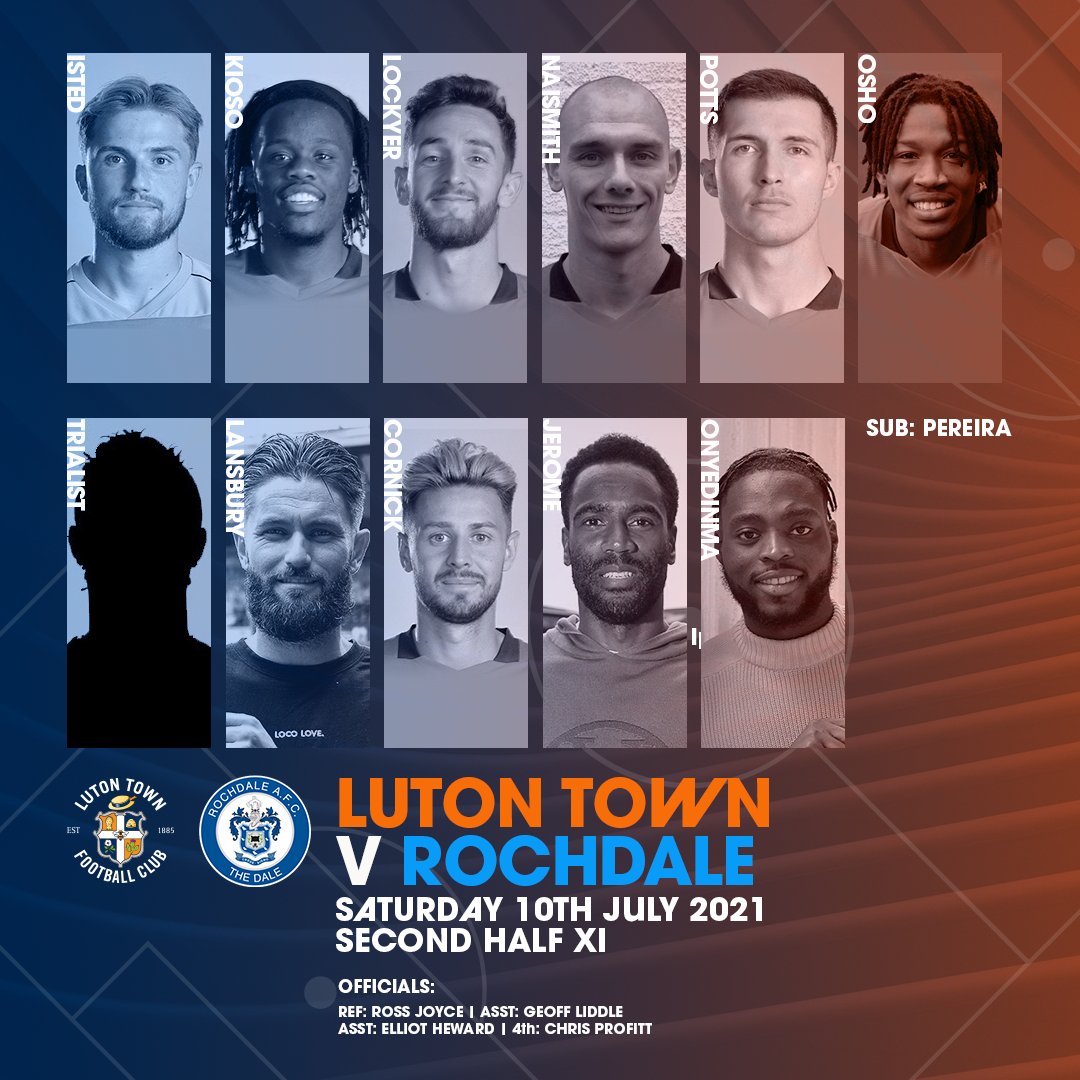 The Hatters changed the entire line-up for the second half, Tom Lockyer coming on for his first outing in five months, and it was 3-0 on 54 minutes when Fred Onyedinma got to the left byline and crossed low for Cornick to tap in from almost on the goal line.

Cameron Jerome went close to rounding off a flowing move down the right involving Peter Kioso and Cornick, then Dan Potts almost profited from more good work down the left by Onyedinma.

The summer signing from Wycombe was looking lively and he soon cut inside but fired wide, before Jerome extended the lead in the 65th minute, sweeping his finish low into the bottom corner from Cornick’s chest down into his path.

The striker was withdrawn in the 69th minute, as planned before the game, and replaced by Dion Pereira. The sub’s first involvement was to race clear and draw a save from Jay Lynch in the Rochdale goal, before Cornick shot over from a similar move. 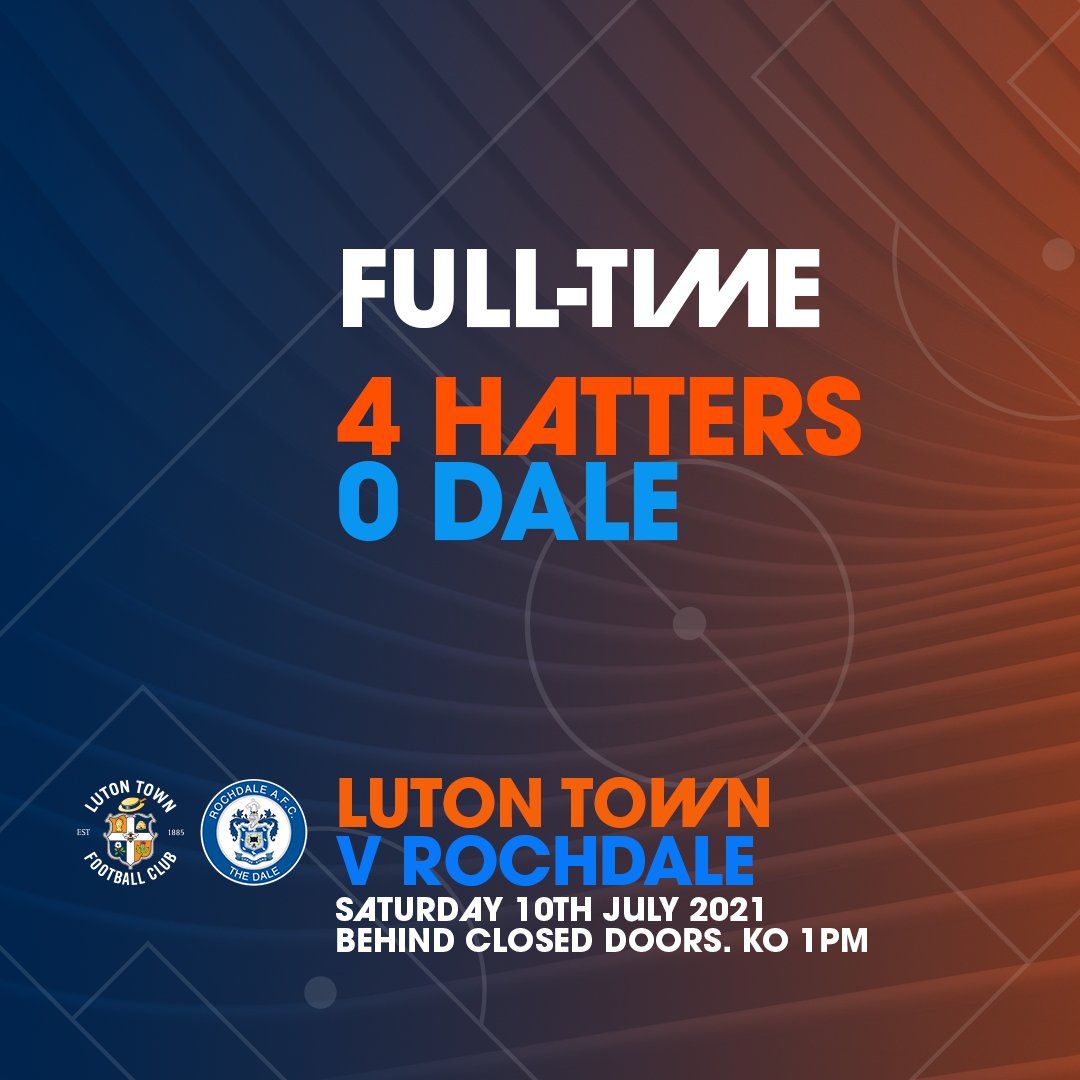