The Hatters enjoyed a winning return to match action at Hitchin Town this afternoon as supporters enjoyed watching Nathan Jones' squad in person for the first time since last December.

A crowd of 1,250 were allowed into Top Field, and as well as seeing the Town in the flesh for the first time since Preston were beaten 3-0 at Kenilworth Road in December, it was also a chance to see six of the club's seven summer signings out on the pitch.

Amari'i Bell is absent on Gold Cup duty with Jamaica, but Fred Onyedinma, Allan Campbell, Reece Burke and Cameron Jerome all started and helped build the 4-0 half-time advantage - Jordan Clark netting all of them in a 13 minute spell - with Henri Lansbury and Carlos Mendes Gomes playing in the second half, the latter getting on the scoresheet to make it 7-0 late on. 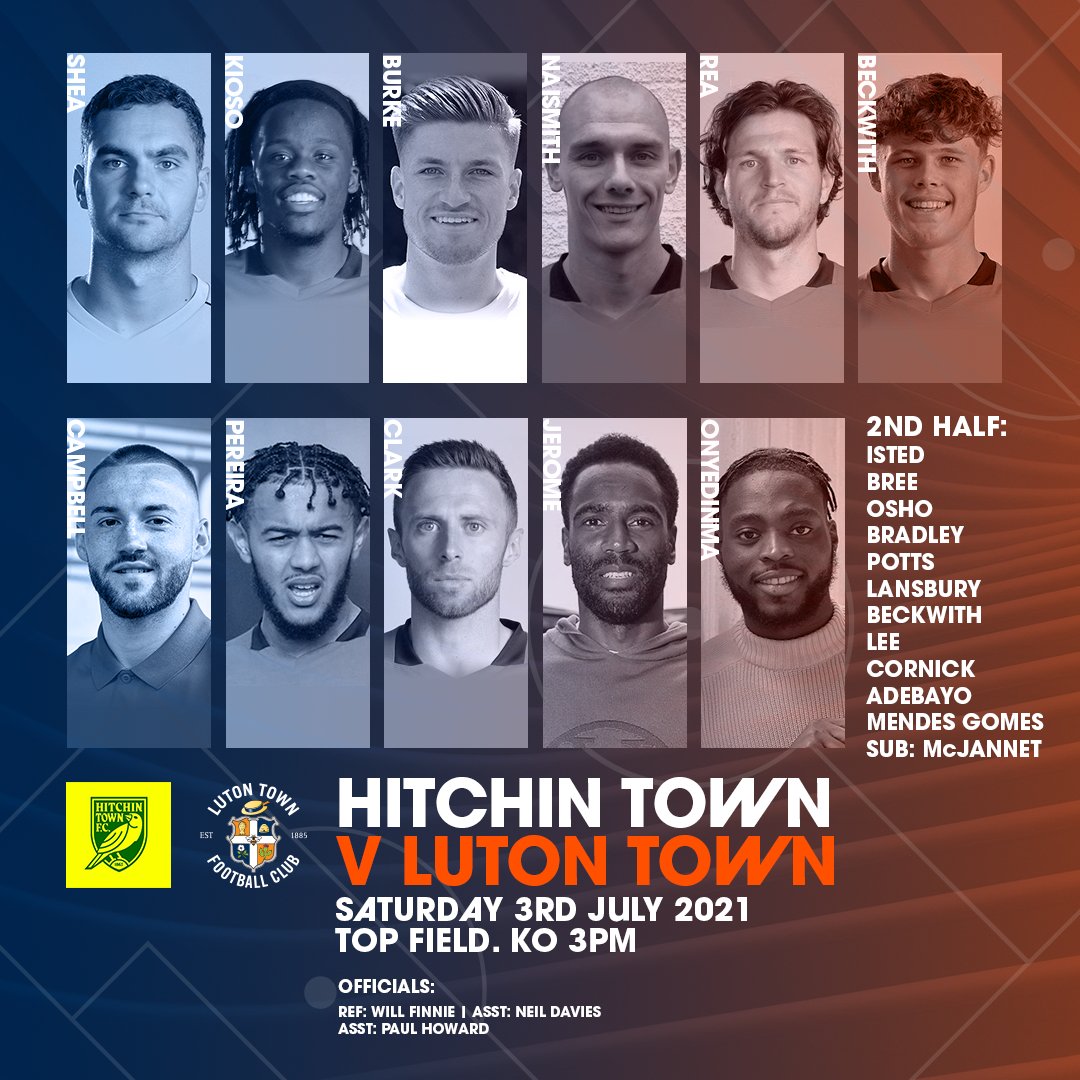 In a bright opening spell, the Southern Premier hosts had the first attempt, Ben Walster curling a free-kick just wide of the post, but the Hatters were soon on the offensive, Onyedinma making inroads on the left before Peter Kioso crossed from the right for Jerome to head inches over.

Hitchin continued to impress, however, with three former Hatters youngsters in their attack, and after Rio Da Silva had drawn a save from James Shea racing off his line, Jonas Kalonda lured Kioso into a foul on the Canaries' left and Callum Stead turned the 21st-minute free-kick in from close range.

Unfortunately, the centre-forward who left the academy in 2018 was in an offside position, and Town were quickly looking to take advantage, Jerome meeting Onyedinma's low cross at the near post, but his sharp effort was again off target.

Onyedinma headed Campbell's cross over the bar just before the half-hour, then the Scotsman delivered the killer ball from the right for Clark to stoop and head home the opening goal.

Two minutes later the former Accrington man had his second, again courtesy of Campbell's energy - this time the summer signing from Motherwell pressing Hitchin's backline and winning the ball to feed Clark, who finished across Hitchin keeper Charlie Horlock for 2-0.

Within seconds Campbell was in himself, this time drawing a smart save from Horlock, before Clark completed his quick-fire hat-trick with a free-kick curled in from the left. The ball evaded everyone in the box as it arced to the far post, finishing the right side of the upright as far as the Hatters were concerned, to put the Town 3-0 up.

Clicker had his fourth nine minutes later, receiving Kioso's deflected cross and spinnning his man to finish low into the bottom corner - and to Hitchin's relief, he was soon taken off, along with nine others. 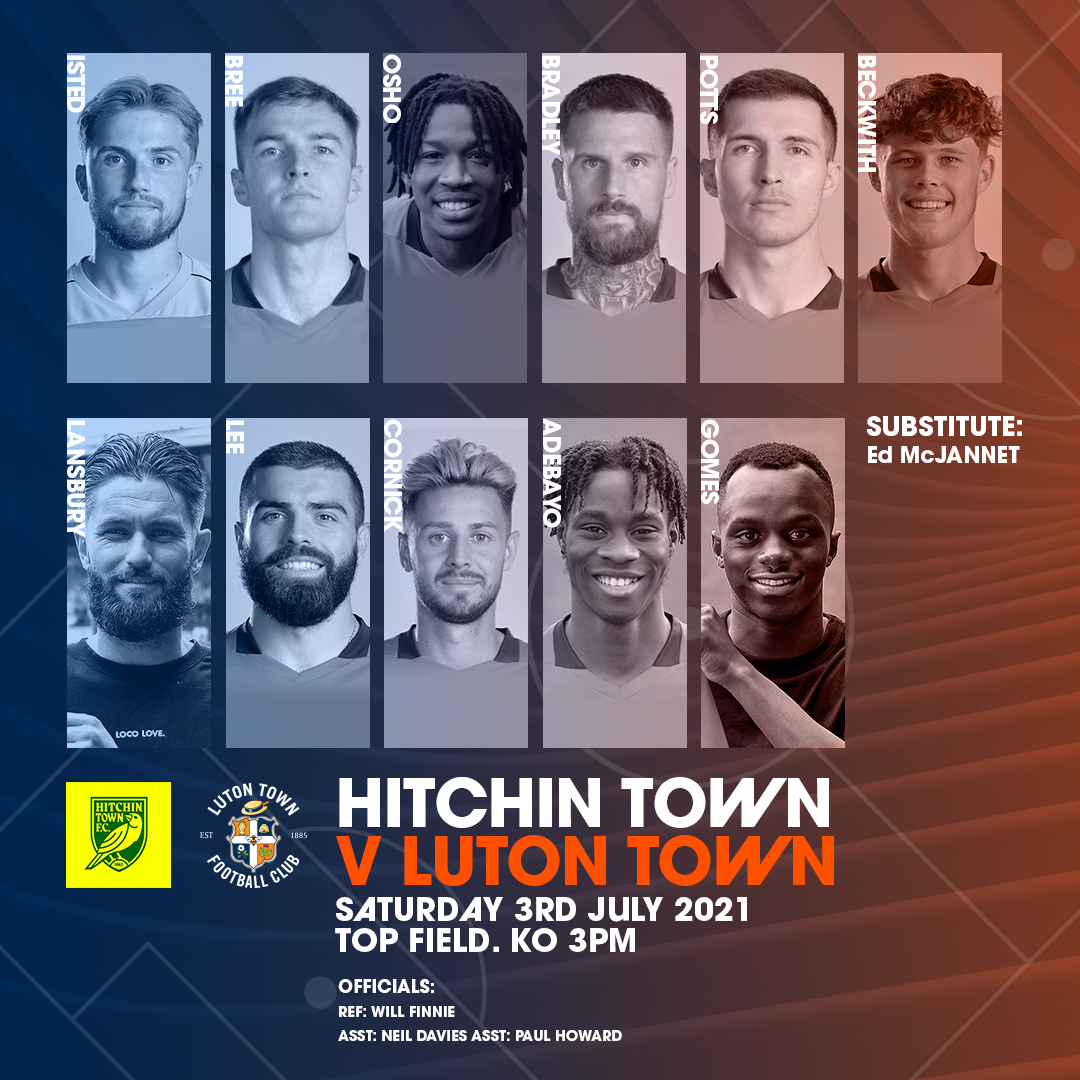 Only Sam Beckwith remained of the starting line-up for the second half - to be replaced on the hour by 17-year-old Ed McJannet - and the Town soon picked up where they left off, Dan Potts rattling the outside of the post with a cross-shot from the left byline.

James Bree got the Town's fifth goal, raiding down the other flank to latch onto an inch-perfect ball from Elliot Lee to nick a tight finish past Horlock as the Canaries keeper raced out of his goal to meet the right-back.

It was almost six in the 67th minute when Lansbury invited Sonny Bradley to step out of the back four, and the skipper's throughball put Harry Cornick deep into the Hitchin area, but Elijah Adebayo couldn't get to his low cross ahead of his marker and the hosts survived.

Cornick was getting in time and again down the right, with Lansbury pulling the strings from deep in midfield, and it was the former Arsenal, Nottingham Forest and Aston Villa man who was the pivot in a brilliant one-two with Lee that brought up the half-dozen.

Lee, back with the Town after spending the second half of last term on loan at Oxford, took the ball into the Hitchin box, cut back for Lansbury who returned it sharply to the forward, who controlled instantly before clipping it past Horlock for a wonderful goal.

Mendes Gomes thought he was off the mark in a Hatters shirt when Cornick squared once again, but a linesman's flag ruled that one out, then Adebayo cut in from the left only to be denied by Horlock.

Mendes Gomes didn't have to wait long for his first goal since the League Two play-off final winner for Morecambe at Wembley, Potts doing well down the left and cutting the ball back for the Spaniard to stab past Horlock into the bottom corner at his near post. 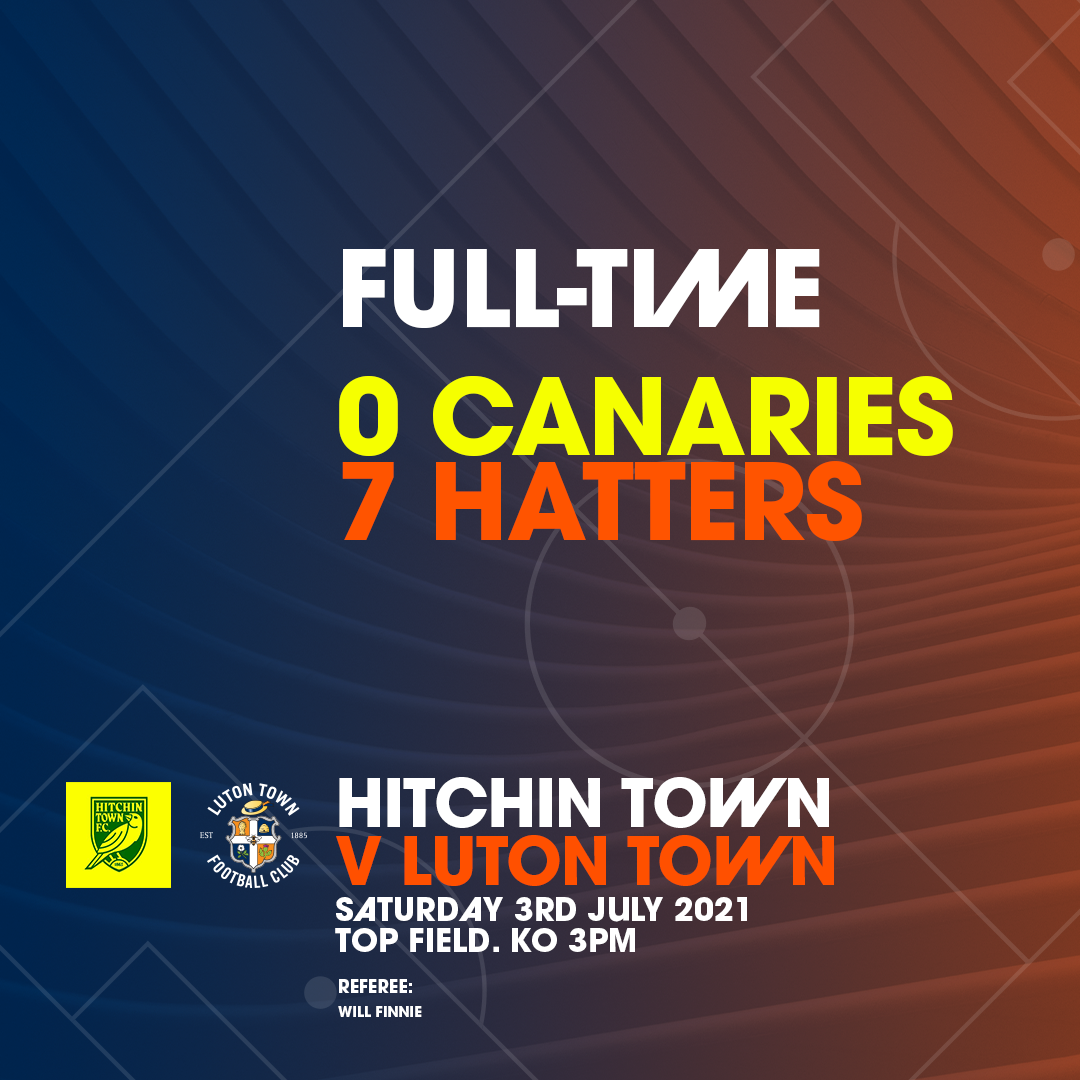