Carlos Mendes Gomes reflects on his goal in the win over Bedford Town!

Carlos Mendes Gomes was pleased to get more match fitness under his belt during last night’s pre-season victory against Bedford Town.

He bagged the first of five goals on the night and the 22-year-old is now settling in well to life as a Luton Town player, scoring his second goal for the Hatters against the Eagles with a superb finish from 20-yards.

“I have that in my locker,” Mendes Gomes admitted. “I hadn’t done it much last season but if you get some space as a forward player then you have to hit the target and put it in.

“I demand a lot from myself, but I also know that it is early doors and it is about gaining fitness, but it was good to get the goal.” 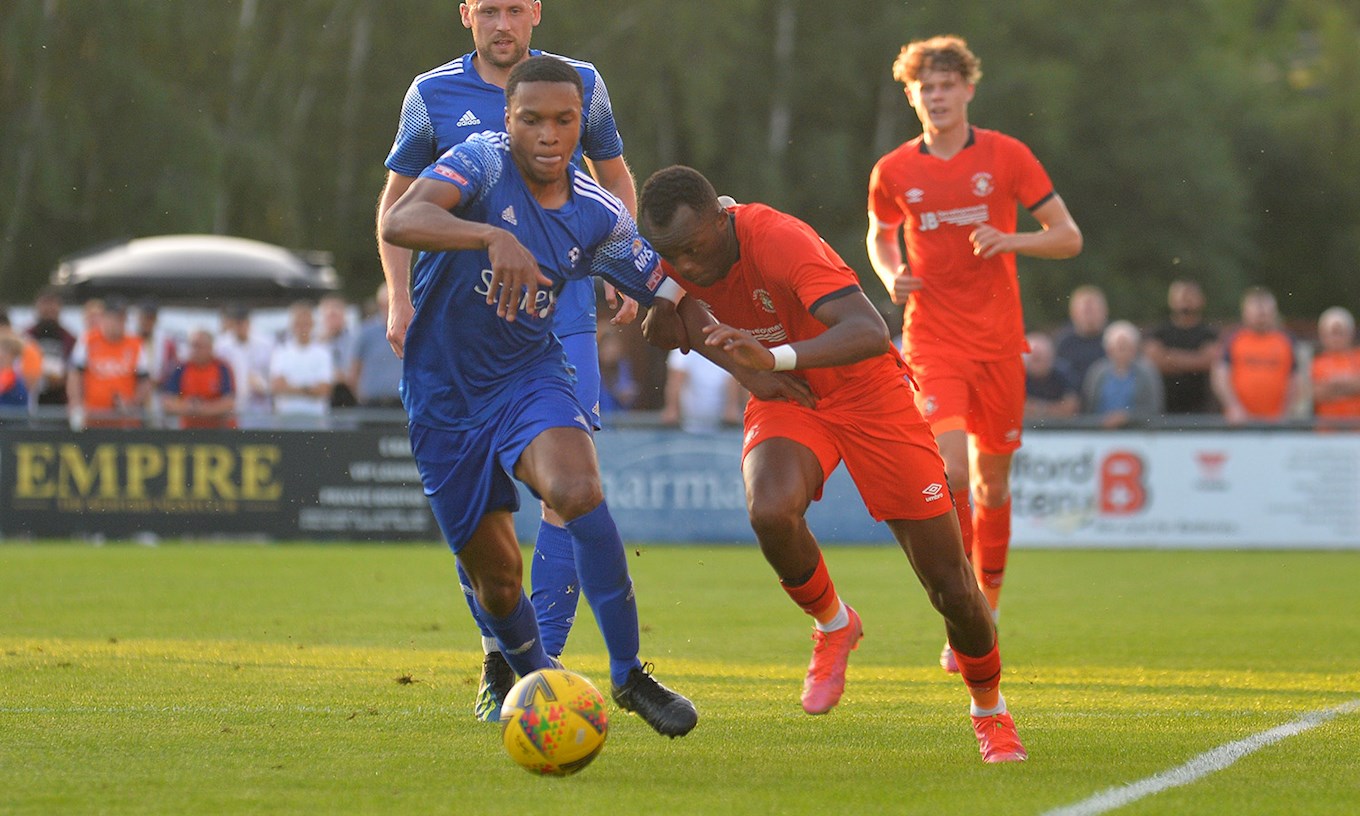 “It is about the fitness, we will be looking to get some 90 minutes in at some point and be ready. The championship is a tough league and the way the gaffer wants us to play requires a lot of fitness and we are looking to add that to ourselves.”

Likewise, Mendes Gomes added that Nathan Jones has helped him settle: “You know what the manager wants from you, he is always clear and I think here is the right place for me to develop and the relationship I have with him is top class.”