POST-MATCH | Jordan Clark reacts to his four goals and victory against Hitchin Town!

Four-goal hero Jordan Clark reflected on a good afternoon at Top Field yesterday as fans were welcomed back to watch the Hatters for the first time since December 2020!

His half on the pitch couldn’t have gone much better after scoring all of his goals during a 13-minute period, and he revealed post-match that he had told team-mates he was ready to put his shooting boots on before the game…

“I was joking before the game with Glen (Rea) that I would score three in seven minutes today, I don’t know what made me say that but when they kept going in, I was thinking how long has it been! Just weird how things like that happen, it just kept falling to me in the right place, a lot of good work from the lads and I had the easy part of just finishing it off. Luckily a couple of the other lads heard so no one can think I’m lying!”

Goals are always a bonus, but the versatile Hatter said: “The main aim of this today is getting fitness into the legs. Get back to playing football in front of the fans which was unbelievable today and like I said, when the first one went in you just want another one, the second goes in and you want to get another. Just get as many as you can, get the confidence going leading into the next game which is next week now.” 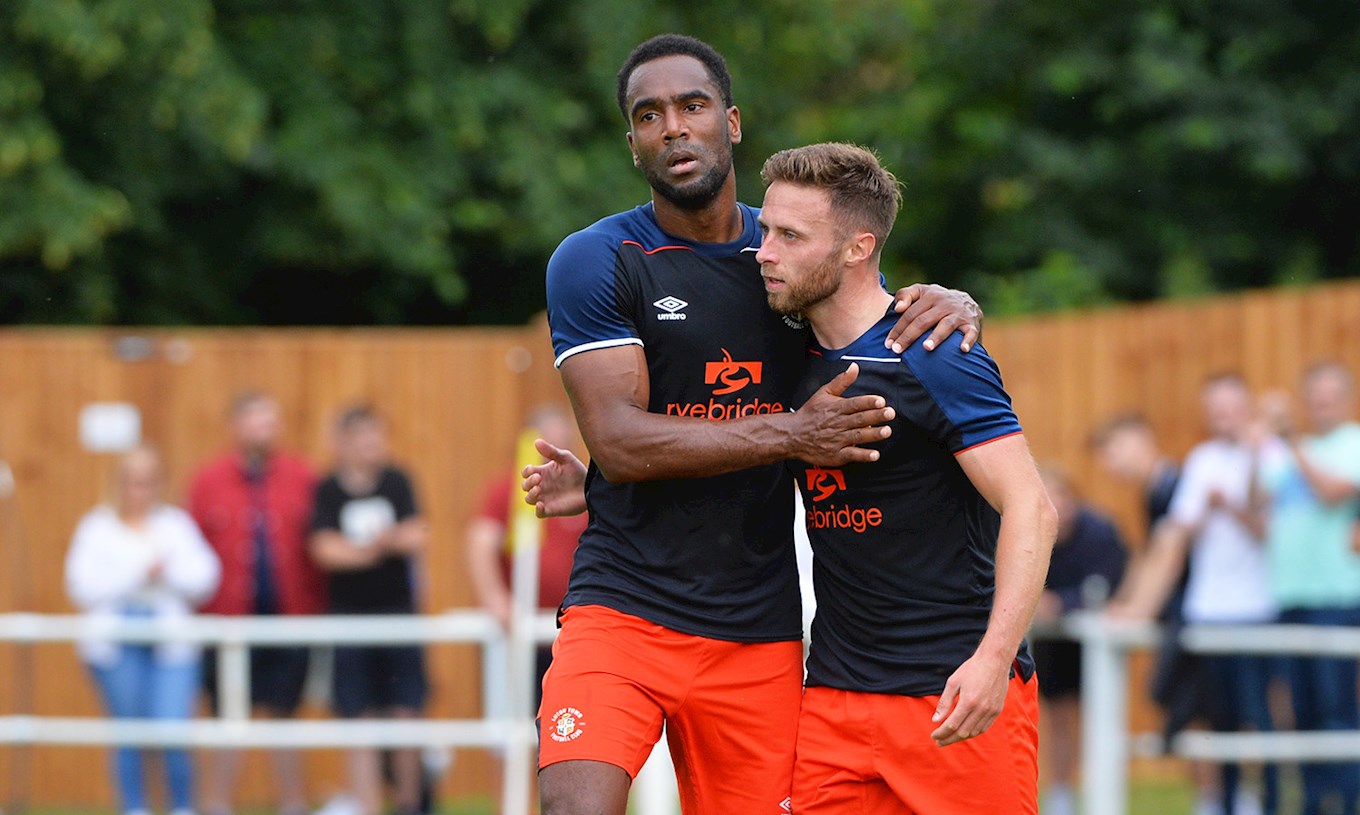 Reflecting on his goal contribution last season, the 27-year-old honestly revealed: “I was disappointed with my stats last year, they weren’t good enough. That is something I’m definitely going to try and improve on this year, 100 per cent.

“I will play anywhere the manager wants me to. If I do play in a more advanced position, then my aim is to score goals and create goals. I did quite poorly last year so that is my main aim when I am playing in advanced positions.”

One major difference at Top Field yesterday was the involvement of supporters, who for many witnessed their first game in 18 months.

“We were saying when we sat on the sideline that although it was a friendly game, how good is this. Last year if you scored or the other team scored then you have to try and create your own energy and atmosphere. To have them here today was really special and fingers crossed everything goes well and we can have them in for the whole season coming up.”