POST-MATCH | Allan Campbell reacts to the 7-0 win at Hitchin Town!

Midfielder Allan Campbell is settling in well to life as a Luton Town player and is raring to go for the upcoming Sky Bet Championship campaign.

Campbell, who turned 23 yesterday, played 45 minutes in the 7-0 pre-season victory against Hitchin Town on Saturday and made an immediate impact, providing two assists for Jordan Clark.

“It was good,” the Scotsman admitted. “Main thing was to come here and put the work in for pre-season. The gaffer told us before the game that we need to put the work in, make the most of it and try and get fitness in the legs. It was good, good turnout and good to get a few goals in.

“Everyone played 45 minutes so it was making sure that you got the most out of it. I think the boys did that, we got minutes in our legs, good few goals so it gave the fans something to see, so all in all, it was a good day.” 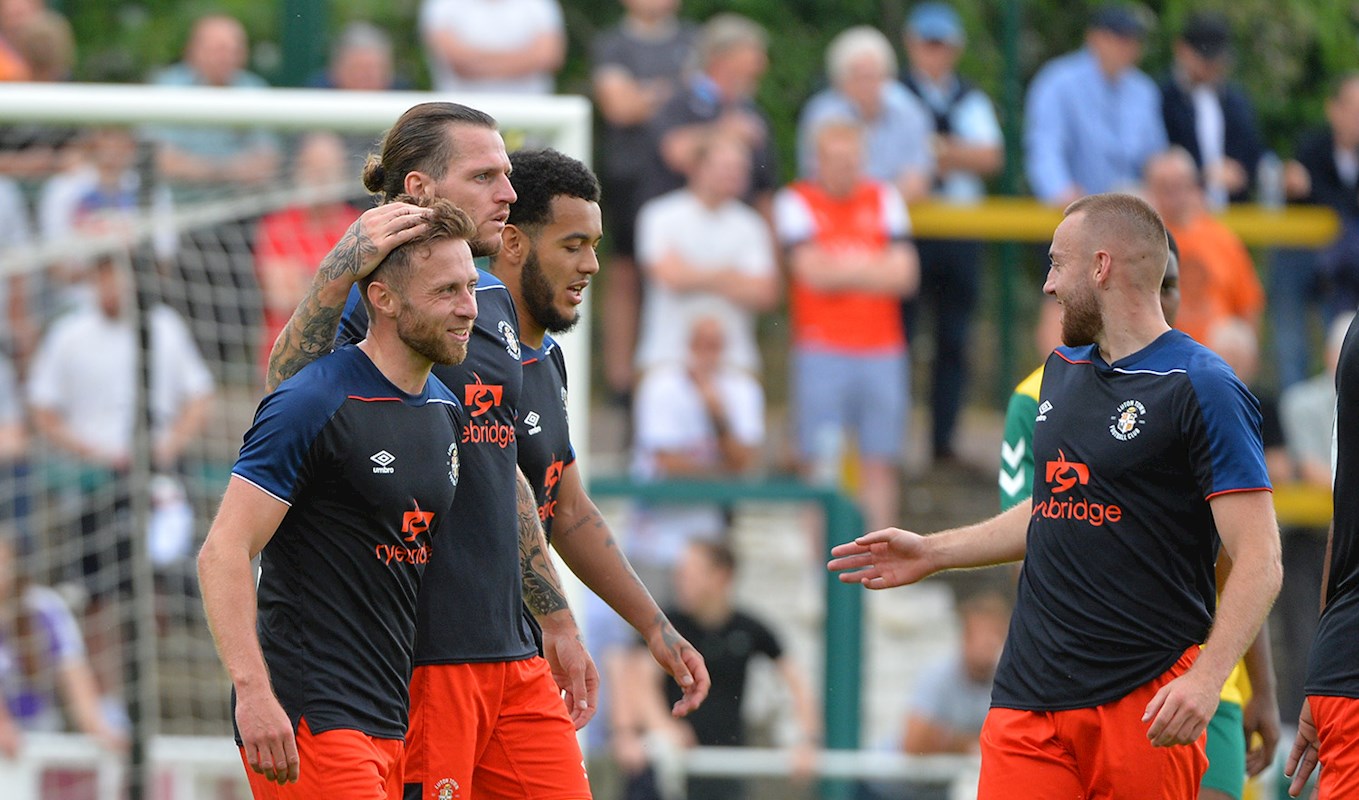 “I’m a family man and my parents are up in Glasgow, so it is hard to come away, but I think that is credit to the staff and the players who have helped me settle in and made me feel at home. They’ve been brilliant, helped me get a house while I look for somewhere to settle and I feel at home here.”

Much like his style of play, the former Motherwell player said that training under manager Nathan Jones has been ‘intense’ but he has enjoyed being in new surroundings.

“It has been brilliant, intense and a lot of hard work which is something I thrive off so I’m looking forward to the work we’re going to put in over the season.

“I like to try and get after people and win the ball back for the team. The manager pointed it out at the start of the game and didn’t want to give them time on the ball.

“First half for Luton so I just wanted to do the basics well and just try and do my best for the team. I thought I did alright and I’m glad it went well.”