The Hatters recorded a third pre-season win out of three at Southern League neighbours Bedford Town tonight, with Carlos Mendes Gomes, an own goal, Henri Lansbury, James Bree and Harry Cornick doing the damage in a 5-0 win.

The Eagles fielded four ex-Hatters from the kick-off, with Drew Richardson playing centre-half, Dan Walker at right-wing-back and Connor Tomlinson and Craig Mackail-Smith in attack.

Town were in front in the ninth minute when Mendes Gomes cut inside from the left and unleashed a beauty past Street and into the bottom corner.

Peter Kioso was next to have a go, flashing a 25-yarder just past the post, before Mendes Gomes headed straight at Street and Leicester trialist Khanya Leshabela stung the keeper's palms, Cameron Jerome penalised as he followed up as the ball spilled from Alex Street's grasp.

The hosts were a threat on the break, with Mackail-Smith backheeling into Tomlinson's path, but Harry Isted pulled off a good save to deny the man who, still only 20, remains the Hatters' youngest ever player, when he played in the Checkatrade Trophy win at Gillingham in August 2016, aged 15 years and 199 days old.

The lead was doubled in the 31st minute when Richardson inadvertently turned a Beckwith corner into his own net.

After a lull in proceedings, Mendes Gomes was soon flying past three challenges on a mazy run down the left, before trading passes with Leshabela and testing Street again, Bedford defender Zac Brown getting back to head off the line as the ball looped up off the keeper and looked headed for the roof of the net.

Jones kept the same line-up for the opening quarter-of-an-hour of the second half, Mendes Gomes again looking lively as Elliot Lee slipped him in, but Alex Street raced off his line and spread himself, although the linesman's flag was already up for offside. 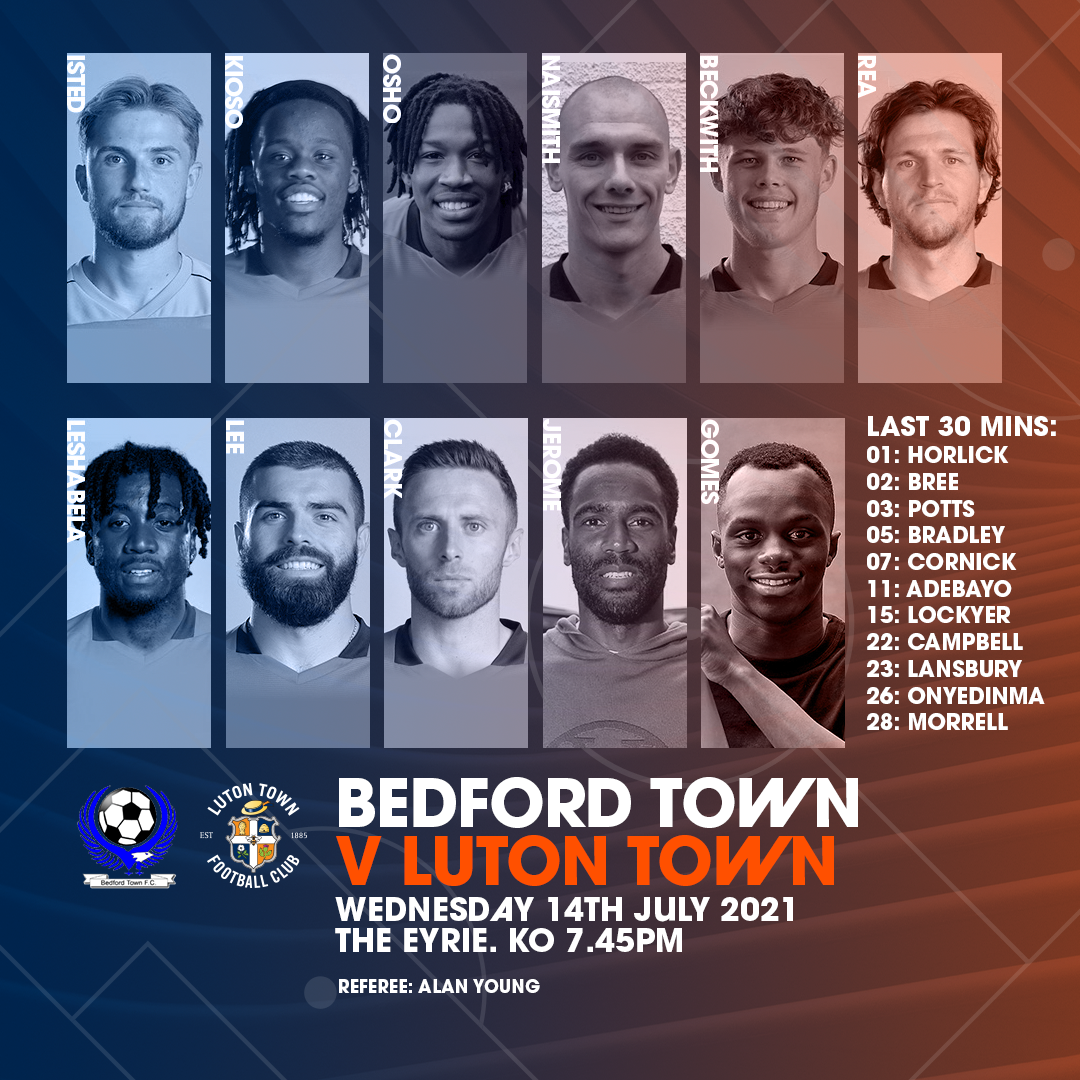 As expected, the line-up did change on the hour with all 11 players replaced, and it meant more valuable minutes for Tom Lockyer, who made a couple of marauding runs up the right, with his fellow Welshman Joe Morrell returning from Euro 2020 duty for a first pre-season run-out in midfield.

It was the man anchoring the midfield behind him, Lansbury, who scored the third direct from a corner, as his right-wing delivery flew straight in with 15 minutes to go.

The former Nottingham Forest man was at the heart of the next chance for the Town, spraying the ball wide for Cornick to cross low for Adebayo, whose near post volley was just off target.

Cornick was almost provider moments later, slipping Bree in to shoot from the edge of the box, but again, his effort was wide of the same post.

After being rebuffed the first time of trying, Bree later scored via a deflection to make it four, before Cornick rounded the 'keeper to top off a productive evening at The Eyrie. 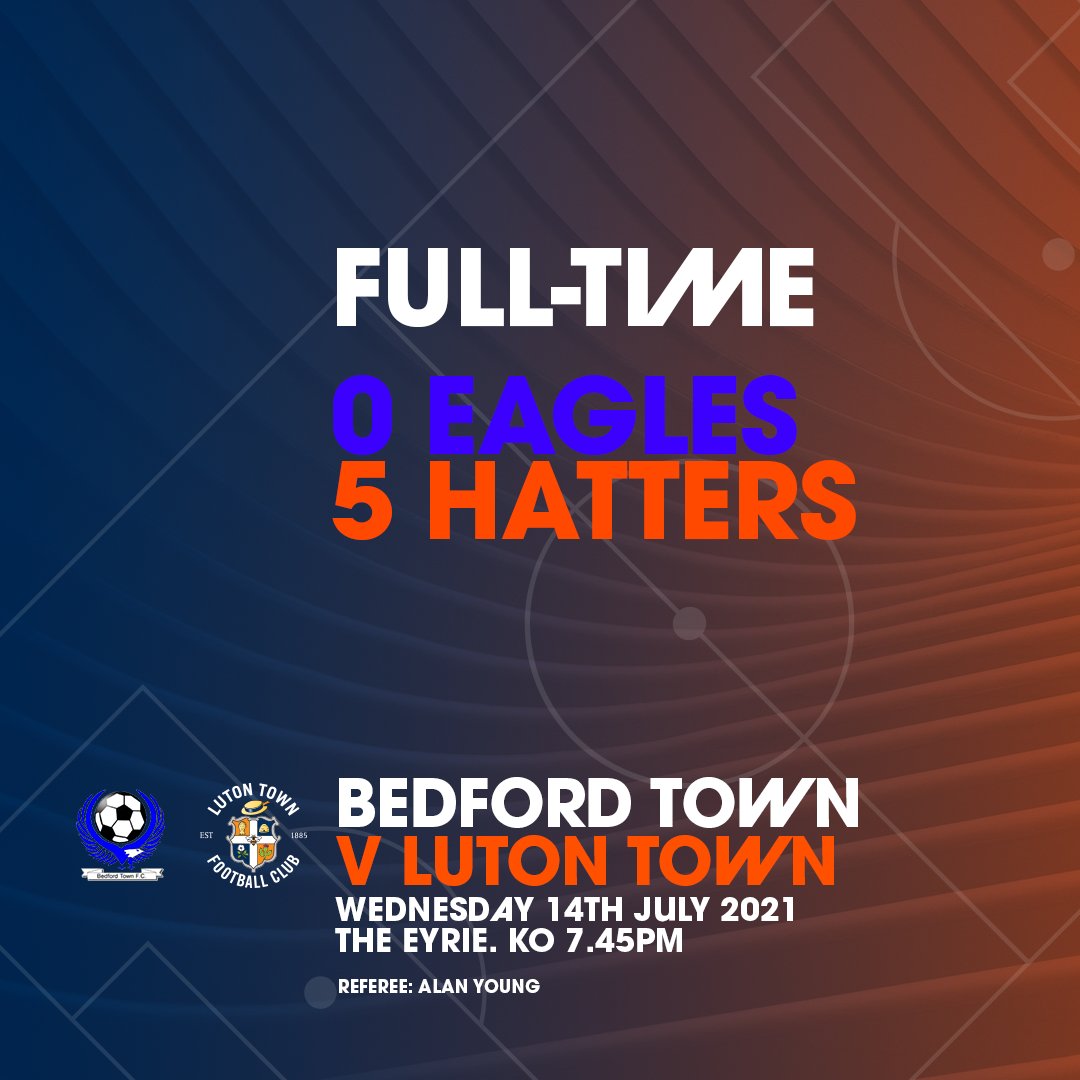