Luton continued their promising preparation for the new season with a short trip to the Eyrie to face Bedford Town in their third pre-season friendly.

Following their emphatic wins against Hitchin and Rochdale, the Town looked to secure yet another win against a Bedford team lacking in confidence after having conceded eight goals against Peterborough United, the Hatters’ first opponent in the Championship for the 2021-22 season.

Bedford’s squad included a number of players with past Luton connections, including ex-Scotland international Craig Mackail-Smith and Connor Tomlinson, who holds the record as Luton’s youngest-ever debutant. 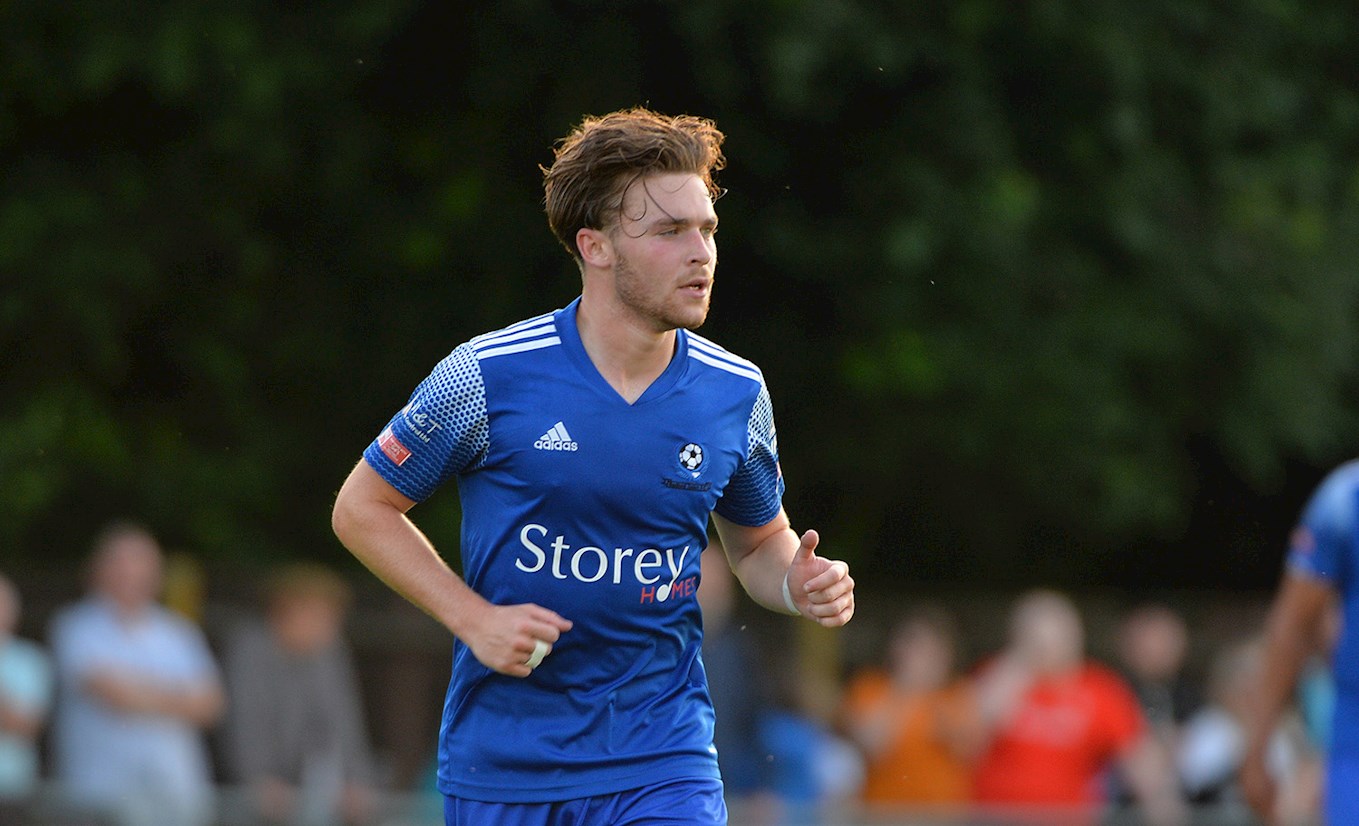 The Town welcomed back Joe Morrell into their squad following his European Championship exploits, but were still without Simon Sluga and Amari’i Bell.

Luton lined up for the first half with trialist Khanya Leshabela of Leicester City amongst those 11 starting.

Bedford got the game underway with ex-Hatter Mackail-Smith taking the kick-off. The game began fairly tentatively for both sides with Luton maintaining most of the possession.

Mackail-Smith made himself a nuisance early in the half, nutmegging Carlos Mendes Gomes before playing a cross into the box which was collected calmly by Harry Isted between the sticks for Luton.

Elliot Lee then linked up well with Mendes Gomes before crossing the ball into a dangerous position and forcing the Bedford keeper into a good save. Mendes Gomes made the breakthrough in the 9th minute, after he was picked out by Leshabela, cutting in from the left to unleash a well driven low shot from the outside of the box into the bottom corner to make it 1-0 to the Hatters. 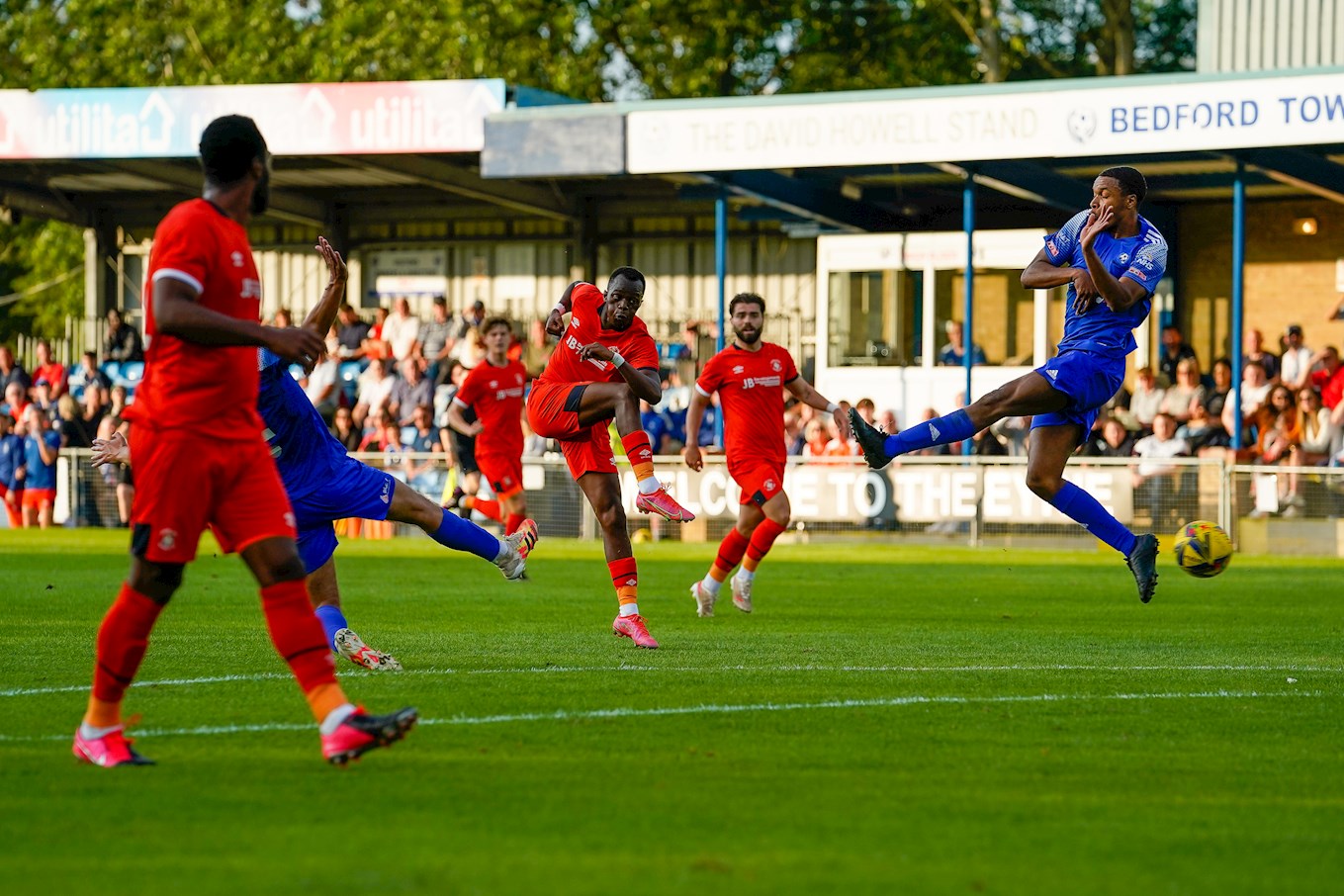 Peter Kioso was the next to try and take on Alex Street in the Bedford goal as the Town continued to pile on the pressure throughout the first quarter of the game, though it came to no avail as he shot low and just wide of the near post.

The Hatters thought they had got the second goal as Cameron Jerome looked to finish a chance, but was penalised for a foul on goalkeeper Street as he spilled the ball.

However, in the 18th minute Bedford had their first promising chance as Mackail-Smith laid the ball off brilliantly with a backheel into the path of Tomlinson, who forced Isted into his first save of the evening.

Luton, though, did get the second goal that they were looking for as a Sam Beckwith corner was miskicked by former Luton player Drew Richardson, and the ball ended up in his own net.

After a period of respite for both teams, Mendes Gomes went on a dazzling run as he navigated his way through three oncoming challenges before working well with Leshabela and testing goalkeeper Street once again.

After a fairly comfortable and convincing half of football, the boys in orange headed into the break 2-0 up. 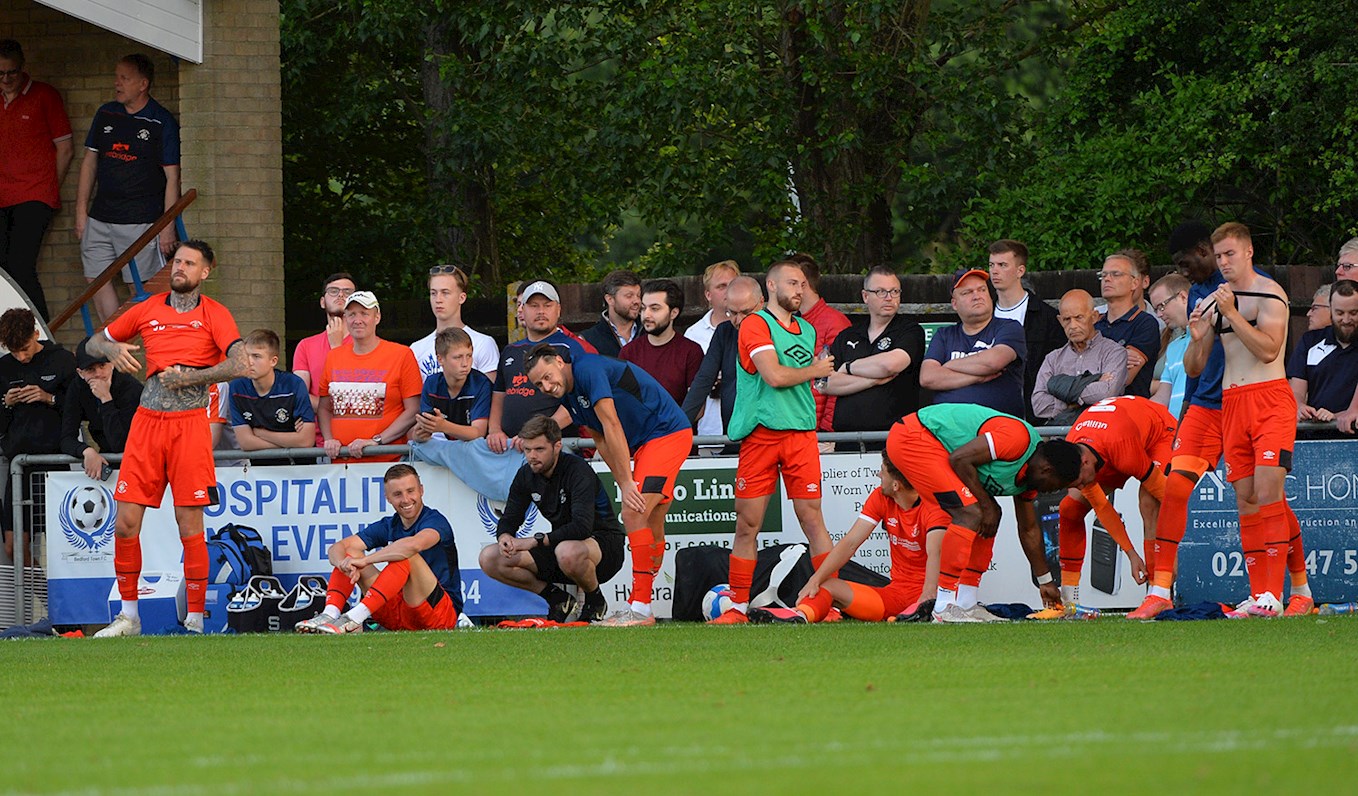 The Town remained unchanged as they got the game back underway for the second period. Both teams slowly grew back into the game after a slow start to the half. The most noticeable of chances during that period being when Lee slipped Mendes Gomes in, but goalkeeper Street made himself big and saved his shot, although the linesman had already adjudged him to be offside.

As expected, the changes did come and in the 60th minute 11 of them were made, including welcoming back Joe Morrell for his first Luton match of this season.

This team successfully maintained possession as they played themselves into the game, and the third goal came from the boot of Henri Lansbury for his first goal for the club as he took a corner from the right, and played it directly into the back of the net after (allegedly) having predicted that outcome beforehand!

Bedford then attacked the Luton goal and had their only chance of the second half as their powerful shot from the right boot of Rene Howe sailed over young keeper Jameson Horlick’s bar.

As the game entered the final ten minutes, James Bree was presented with a trio of chances. The first came in the 83rd minute as he was picked out by Cornick on the edge of the box, but his left footed shot was just dragged wide.

He followed this chance up with a free-kick which was well taken, but again found itself heading just wide of Street’s goal.

Finally, though, Bree did get his reward as Allan Campbell followed up on a loose ball which he laid off to Bree, whose shot took a slight deflection and nestled into the bottom corner of the goal to make it four.

Late in the game Harry Cornick made it five as he rolled the ball into the net having rounded keeper Street. 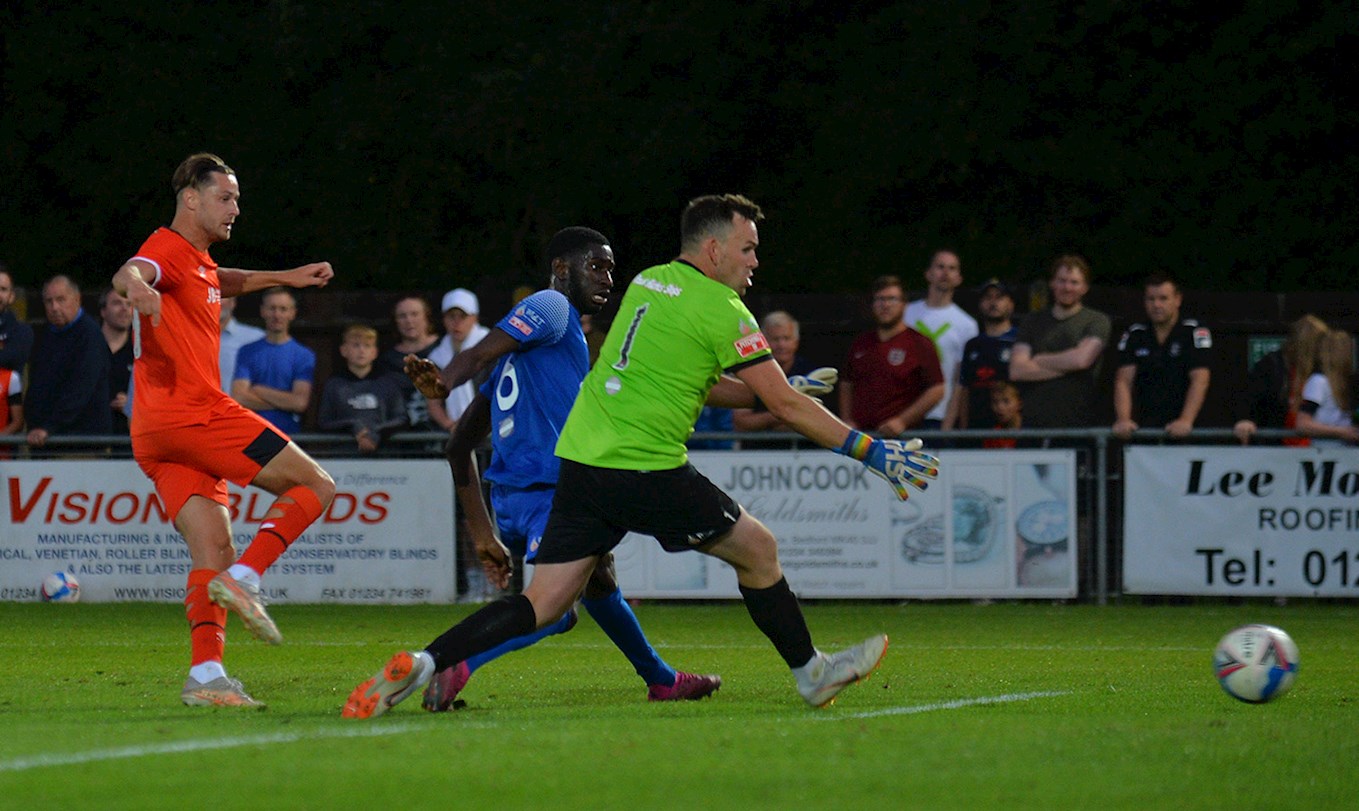 The final whistle blew and the Town made it three out of three in their pre-season friendly run, as they now direct their focus towards Boreham Wood for their next game this Saturday.