News has reached Kenilworth Road of the sad passing of Tony Gregory, who was a member of the Luton Town team which reached the FA Cup final in 1959.

Luton born, Tony attended Luton Grammar School and was an England schoolboy international as well as being part of the Bedfordshire Youth side that won the national championship. Starting his playing career at Vauxhall Motors, he was snapped up by the Hatters in 1955 before making his League debut at Sunderland less than twelve months later.

He made a sensational start to his time at Kenilworth Road, scoring the winning goal at Wolves and the equaliser at home to Chelsea, but he was in and out of the side over the next two seasons as he learnt his trade.

Brought back into the team on the left wing for an FA Cup tie against Leeds in 1959, the same eleven remained unchanged throughout the cup run which ended in defeat to Nottingham Forest in the final at Wembley. Tony (pictured below with his team-mates as they prepared to board their coach to London) did not have time to dwell on the loss, as the day after the final he had to report to Felixstowe ready to sail to Germany as part of his National Service!

After 74 first team appearances and 24 goals for the Town, Tony was surprisingly transferred to Watford for £6000 in 1960.  He enjoyed four years at Vicarage Road before spells at Bexley, Hamilton Steelers (Canada), Bedford, Hastings, Dover and Barnet and then subsequently managing both Stevenage and Wolverton.

After finishing with the game his marketing career took off with his subsequent appointment as Marketing Director of the Canning Group, which meant a house move to Cheshire. He then moved on to become Group Marketing Director for the Hunting Group before setting up as a business consultant.

Tony retained a strong interest in the Hatters and was taken to Nottingham Forest by Town director Mike Herrick, who lives close by him, last season as a guest of the Forest board.

Our condolences go out to his wife Jean and all his family and friends. 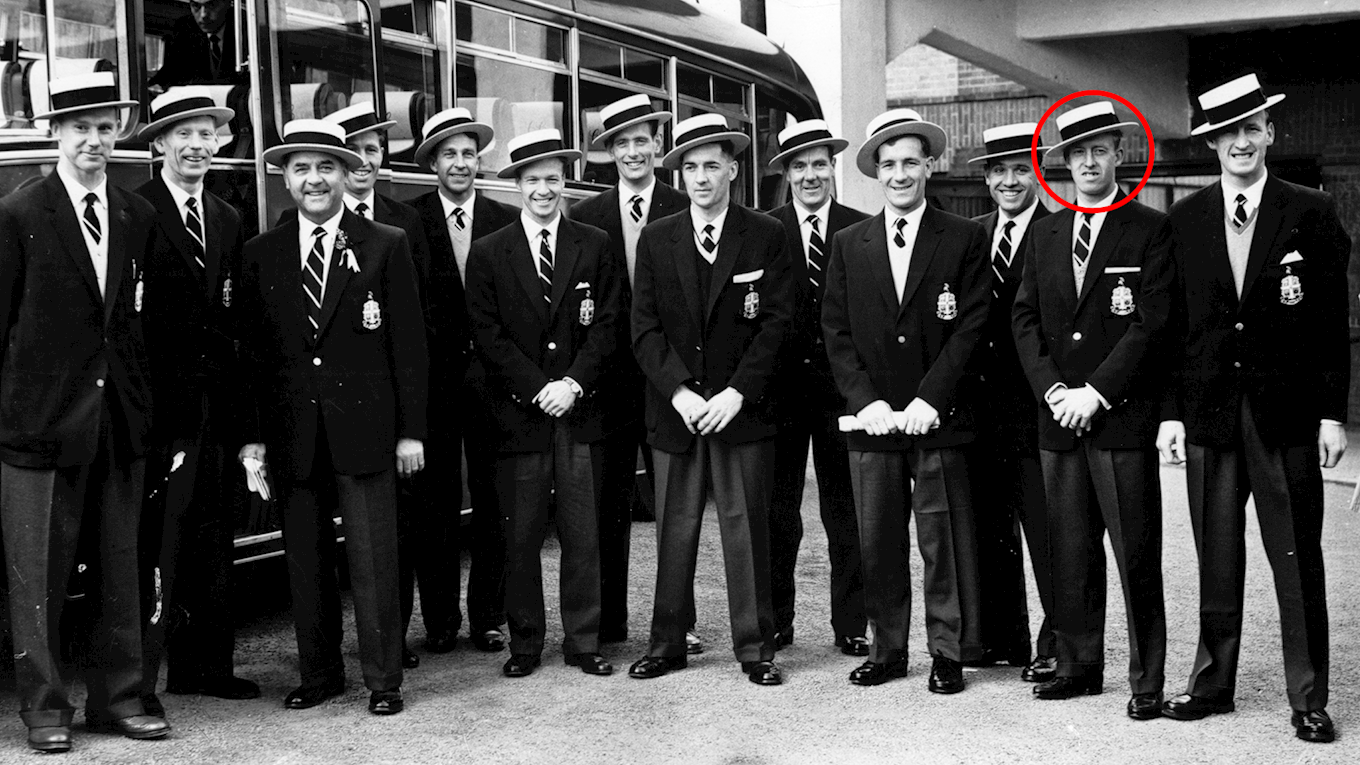