Football has been a huge part of Taff Rahman’s life ever since he arrived in England from Bangladesh as a seven-year-old, and now he hopes to make a big impact at Luton Town.

Part of the Premier League’s Professional Player to Coach Scheme, Taff will work as a coach with the Hatters’ academy for the next 23 months as the EFL and the PFA Charity are working together to support more black and Asian players into full-time coaching roles.

“Football really started for me at a young age growing up in North West London,” said Taff. “Coming over as a young Bangladeshi kid with limited English or at all any English. I just started playing football in primary school really, ended up joining up with a grass-roots club – Forest United in North West London. That was the building blocks for what followed.”

Taff was picked up by Luton Town following his time playing grass-roots football and for his local district, before moving onto Queens Park Rangers, and then the Arsenal academy at the age of 12.

He was part of the Arsenal youth team that won the FA Youth Cup in 2001, but he was released the following year and went into Non-League football, as well as starting his coaching career on the side.

It was perseverance that Taff believed saw him through hard times, explaining: “The desire to just keep on going was my big thing. I really wanted to excel and I never really let my head go down. Also, the support of a number of friends and family kept me going was the critical part of it.”

His playing career was blighted by injury as he was forced to stop playing football at the age of 26.

“That’s when I stopped playing because I did my knee for the third time and it was almost like I realised it was the right time to call it,” he says. “Then I went down the coaching pathway.

“It was more so because of the injury and it came about by chance more than anything else. In that way it was something that I suppose it was just a secondary thing you tend to do when you are young.

“It was just a normal transition and I think I was very fortunate because somehow, I ended up doing a Level 1 course in 2004, and then went on to start coaching and playing semi-pro at the same time.”

Taff was recognised for his superb coaching and community work in 2017, when he was awarded with Coach of the Year at the Asian football awards.

“I had worked in the academy system for quite some time as a part-time coach and also I was doing a lot of mentoring with young, Asian coaches, all coaches basically,” says Taff.

"Supporting young players from all backgrounds and at the same time, I was with the FA doing some of the FA coaching education, so I suppose in many ways it came about because of my contribution across the game within football as someone from an Asian heritage that was really trying to make a difference.

“It was a great opportunity to be recognised because there aren’t many young Asian coaches that are in the industry I’m in, or doing what I’m doing. It was a great way to inspire the next generation across the country, from Luton to Birmingham, to the big hub cities.”

Now involved in the coaching set-up with the Luton academy, there is plenty Taff hopes to achieve during his time at the club.

“There are a few different aspects really. One is to really get myself embedded within the club itself where I see myself developing in my coaching to my leadership skills.

“At the same time, being part of the bigger vision of where the club is going, building up a new training ground, going from category 3 to category 2. The wider aspects of it, really connecting with the Luton community, Luton as a town. Engrossing myself and making a difference not just at the club but within the town itself.

And during his time with Luton thus far, Taff admits it has been ‘really positive’. 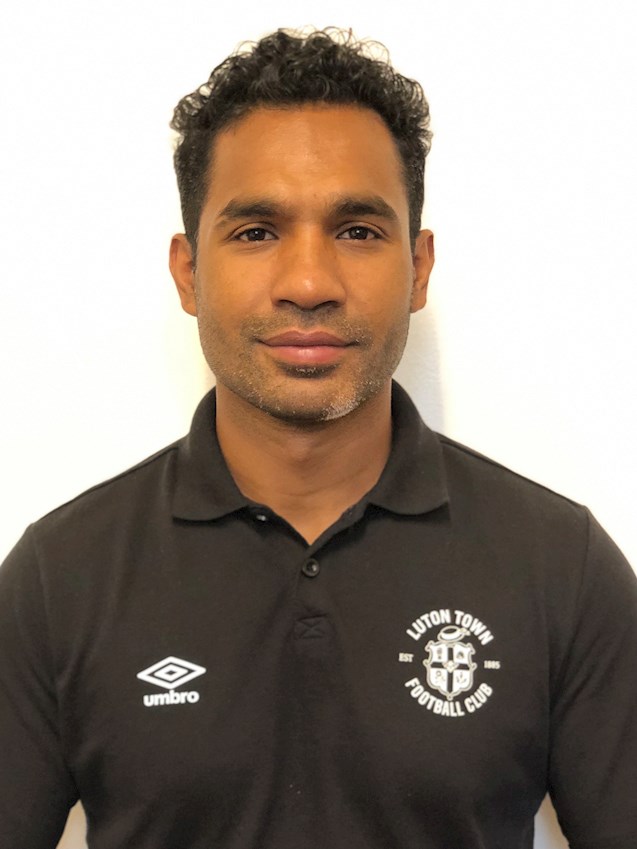 “My aim is to keep on developing, to build on my elite coaching skill sets and one day work towards becoming a head coach.”

In addition to Taff, Adrian Forbes, Luton’s head of coaching and professional player development, is pleased to be involved in the scheme.

"For me to be a black coach and give someone the opportunity to be part of the world I’m in and potentially follow my footsteps was an opportunity I wasn’t prepared to turn down,” Forbes says. "We’ve found a situation where the Premier League, PFA and EFL are on our side and are trying to almost break down some barriers and change the narrative around black and Asian coaches in the game.

"Our collective of Academy players is very diverse. It’s important players can come in and know there’s someone who will understand their culture, their upbringing."