We are delighted to announce the permanent signing of Kal Naismith, a free agent following his departure from Wigan Athletic by mutual consent earlier this month.

The versatile 28-year-old has become the Hatters’ first signing of the January transfer window and is eligible to face Bournemouth in the Sky Bet Championship tomorrow afternoon.

Naismith has spent the last two-and-a-half years at the DW Stadium after Paul Cook signed him from Portsmouth, where the manager had first worked with the experienced Scotsman. 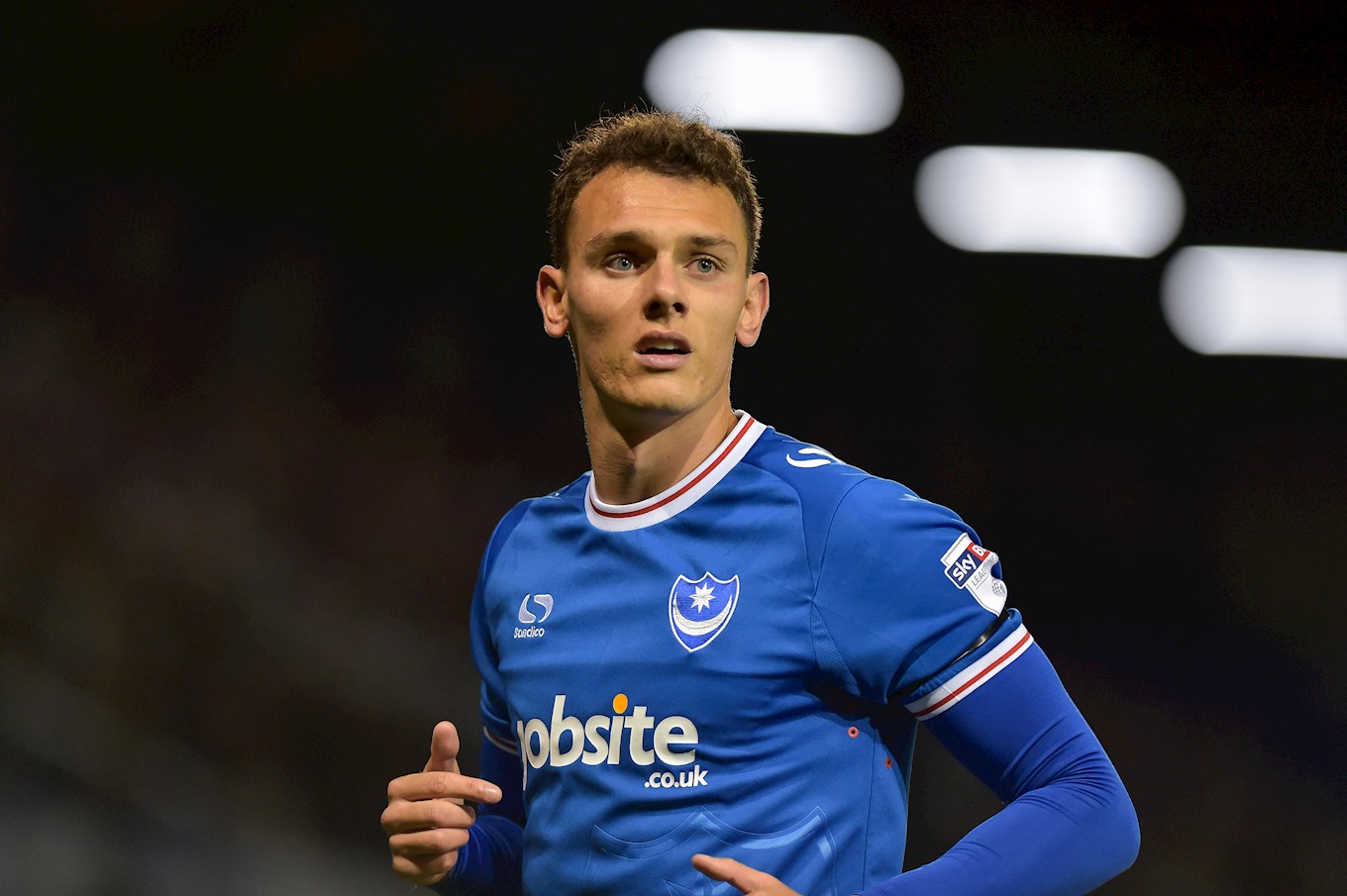 Naismith started his senior career in his home country with Rangers and following loan spells with Cowdenbeath and Partick Thistle, he moved south of the border to join Accrington in 2013.

He made 79 appearances as a Stanley player before Cook took him to Fratton Park, where he played 95 times and impressed most in the 2016/17 League Two campaign, when he scored 13 goals – including one in a 3-1 win at Kenilworth Road – and provided 10 assists on their way to being crowned champions.

Naismith joined Wigan in 2018 and initially had to wait for his Championship debut, before becoming a mainstay in the team.

The predominantly left-sider played the full 90 minutes in the 0-0 draw with the Hatters immediately prior to the first lockdown (pictured below), one of his 37 appearances last term as the Latics would have finished 13th but for the 12 points deducted for entering administration.

That resulted in Wigan’s relegation to League One, and after making 14 appearances in their new-look, inexperienced team so far this season, the free agent is now relishing the opportunity to be back in the second tier. 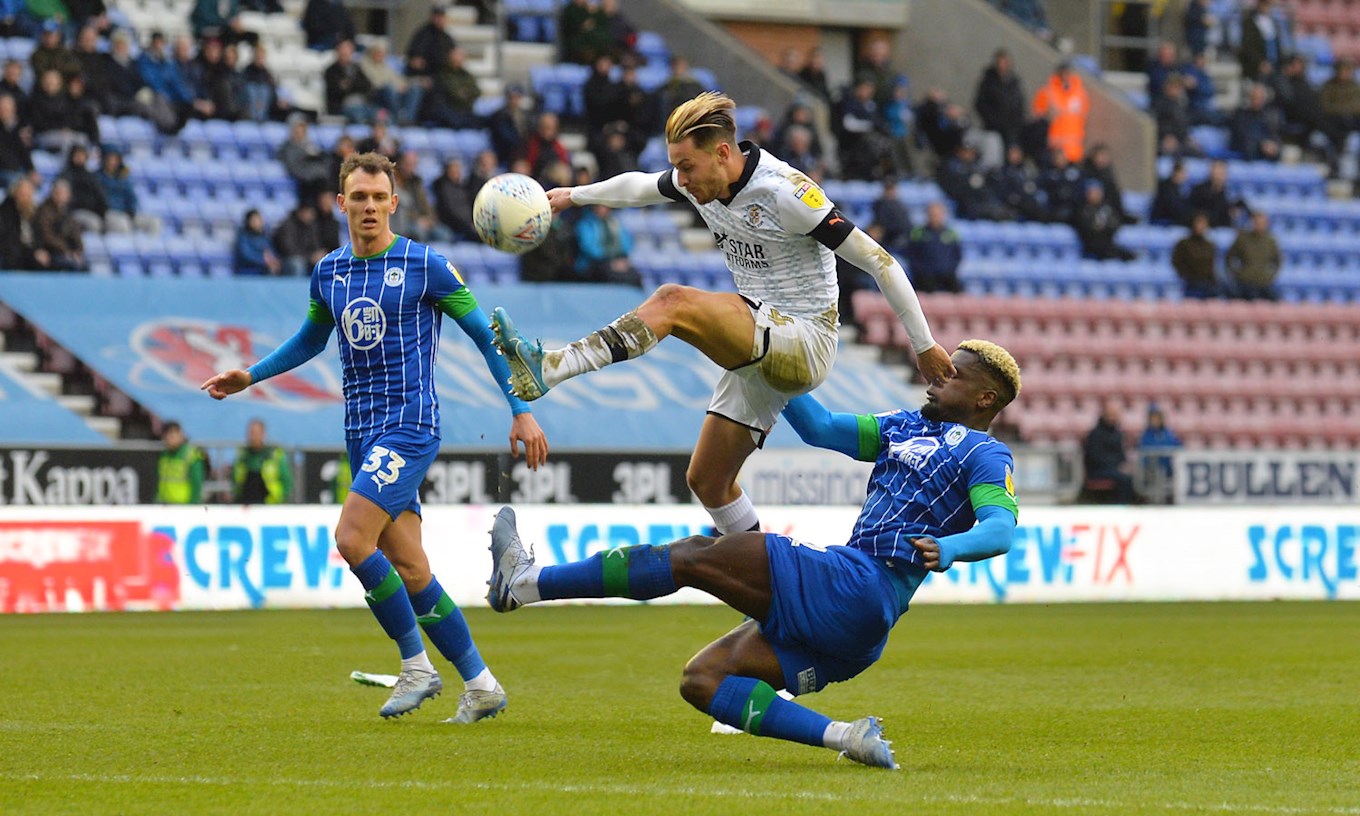 “It feels great to get it done,” said Kal at The Brache this morning. “I’m excited to meet the lads and I’m delighted I’m here, looking forward to getting started.

“I loved my time at Wigan and I’m very grateful for the opportunity that the club gave me to go and play Championship football. There were some great lads and staff members, it was excellent for me and my career, but I’m looking forward to the next step now.

“It has been a tough few months and I’m just looking forward to getting back into that environment with the lads and back in the Championship, which is a great league.

“It’s a challenging league and obviously Luton are doing well. I’m looking forward to joining the lads and hopefully keep doing as well as they are.”

Manager Nathan Jones was delighted to finally get his man, who will wear squad number 24, adding: “Kal is a real good fit for us. He’s played against us many times over the years and he’s one that we tried to get in the summer. It wasn’t possible then, but we are delighted to get him in now.

“Position wise, we’ve brought him in as a left sided player but we know that he is so versatile. He’s played left wing, wide right, up front, left-back, left centre-half – so he gives us real options and ticks a lot of boxes with his experience and character.

“We signed a lot of younger players in the close season that we will develop and make better. Kal is a real good age, one that we believe is Championship-ready, and you have to have a blend of both.” 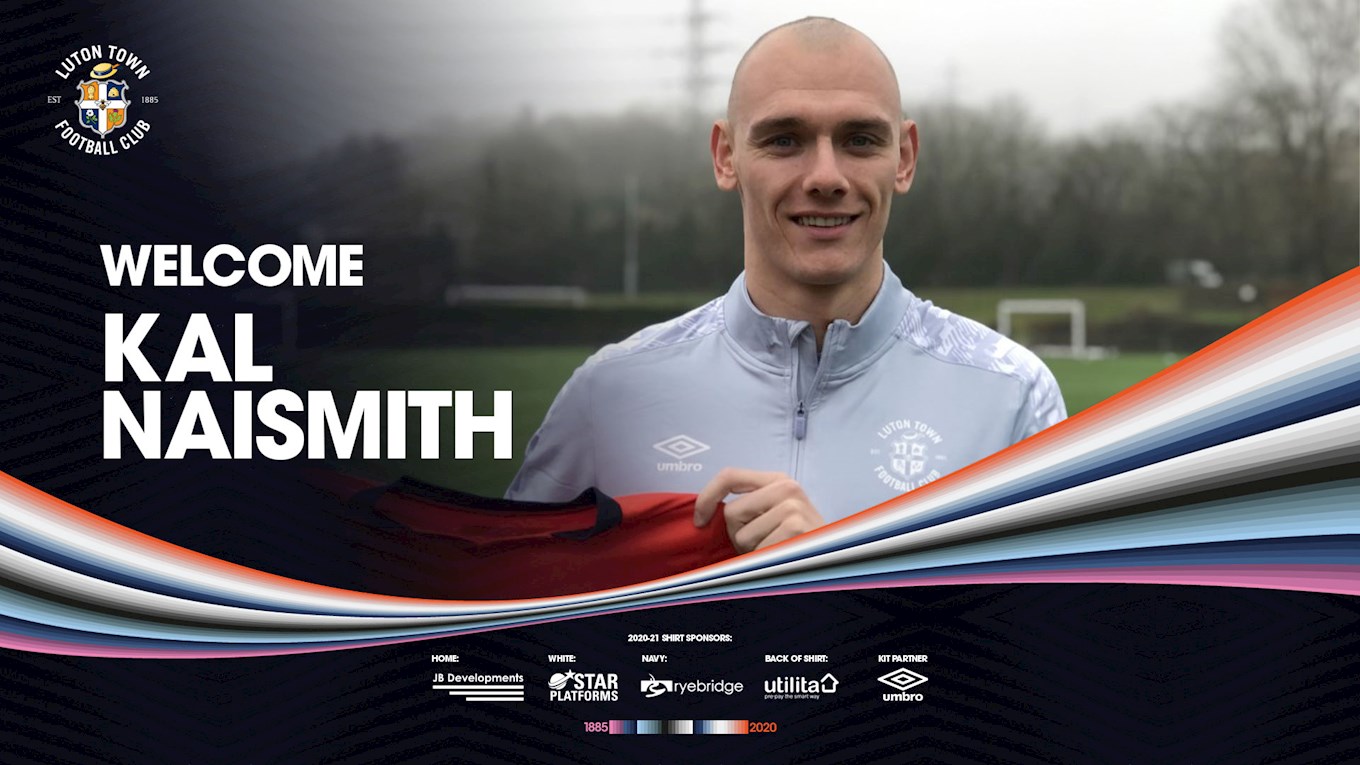