New Hatters signing Kal Naismith says that after experiencing the atmosphere of a packed Kenilworth Road as an opposition player, he is looking forward to having those fans behind him when crowds are allowed back to football.

The 28-year-old scored in a 3-1 win for Portsmouth at the Kenny during their 2016-17 League Two title-winning campaign, but having played also played against us in that division for Accrington, in League One for Pompey and the Championship for Wigan, the Hatters’ rise has certainly caught his eye.

“Obviously there are no fans at the minute, but whenever I’ve played them there has been fans and you feel how intense it is. It feels like they are all on top of you.

“It’s always a place we had a bit of a rivalry with when I used to come here with Portsmouth, because both teams were up there near the top of the league. I always really enjoyed playing at Luton and I managed to score a few times, so I think it is a ground I enjoyed playing at. Now hopefully I can score in the right end!” 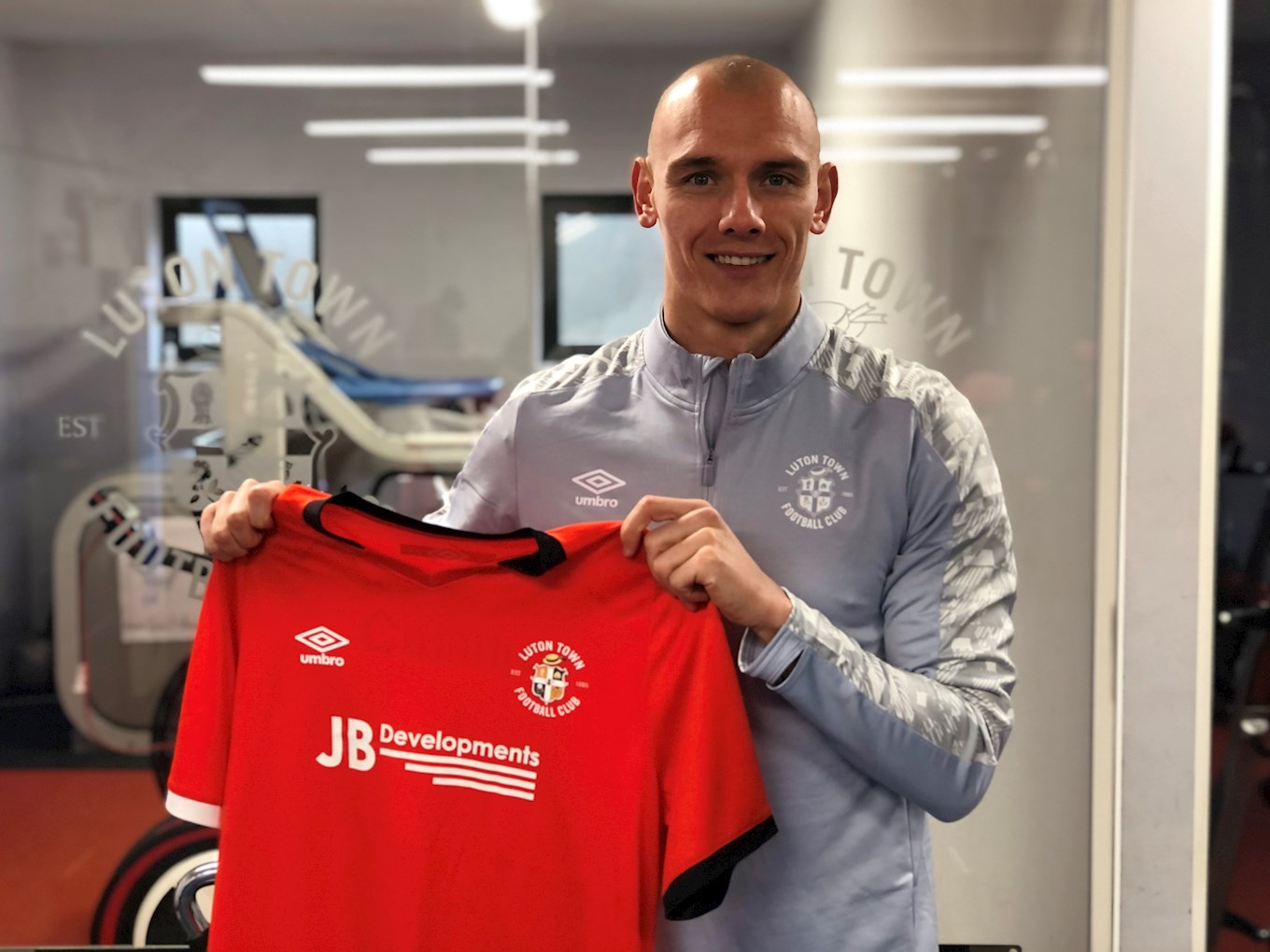 He added: “The atmosphere was always great. It is a small stadium and it just feels like it has history and atmosphere when you are in there and the fans are on top of you, even at the dugout sides, the fans are right there even if you’re warming up.

“It’s a place I have always enjoyed coming to. I always get a good energy playing in the stadium. Obviously it is a shame at the minute with the fans not being there, but I’m sure they will get in to see the team soon and get right behind us.”

The Scot was on Nathan Jones’ list of targets during the close season, and Naismith explained that the Welshman did not have to do much to persuade him to move back south.

“He didn’t have to say much really, just to come back to the level, come to a great club where, as I say, I’ve watched them from a far, they’re a great group of lads that just look like they are all together and constantly trying to get good results.

TO WATCH KAL'S FIRST INTERVIEW FOR FREE, PLEASE CLICK ON THE IMAGE AT THE TOP OF THE PAGE. ALL YOU REQUIRE IS A BASIC PASS ACCOUNT - ANYONE WHO HAS WATCHED A LIVE MATCH STREAM WILL HAVE THIS AND THOSE WHO HAVEN'T SIMPLY NEED TO REGISTER!