Welcome to all readers of these notes, wherever you are, as we host Queens Park Rangers this evening. The wintery night-time scene of floodlights at our maturing old girl we call home is usually a beautiful image to behold, solemnly tempered by its empty stands again on this occasion.

We welcome the players and staff from Shepherd’s Bush for a Championship fixture promptly re-arranged just ten days after its original schedule. Games between us have often conjured up enthralling memories and tonight we will welcome one or two Rangers officials who have featured in past battles.

Despite our hospitality suites being a desolate place these days it will be good to discuss (from a distance) all matters football with the Hooped representatives, who we have a very amicable relationship with. Somewhat different to Saturday when not a single representative made the 50-mile journey.

Of course, we all have a duty to protect ourselves and each other, especially in professional football as a business considered to be essential by our policy-setters, and we have the eyes of the nation increasingly upon us eagerly awaiting to make media hay out of every minor misconduct.

Despite the disappointing antics of clubs like Celtic and a small number of foolish individual players the collective business of football self-imposes a more-than-appropriate response to the peaks and further peaks of this pandemic crisis.

For the very survival of every club and football itself we simply must continue playing knowing that we are taking every possible mitigation to offer all players and staff a safe environment and not to increase any further spread by doing so.

Very few people know the lengths all clubs go to in our attempts to comply and increase safety to all. Little is known about the twice-weekly tests all players and red-zone staff undergo or the GPS data we use in training to analyse distances and durations between any two players or the nutrition and immunity-boosting supplements every player receives or even that all indoor environments are closed to all players at this moment in time.

It could be strongly argued that players and staff are better off by playing, keeping fit, boosting immunity, taking regular tests and keeping them busy – little of which would be possible if the game halted.

Despite experiencing our first postponement to positive tests and isolations I’m happy to report that all players are clear and other than the regular minor cold-like symptoms, none were ill from Covid. Our main issue has been individuals having to isolate because of positive tests within their bubble and not from player-to-player transmission.

We’re obviously disappointed Rhys cannot play tonight, having been recalled by his parent club. This occupational hazard is one reason why we prefer not to take loans. The primary reason is that we object to developing other club’s talent, increasing their value whilst paying them good money to do so. The day a Premier League club shares some future development profit upon allowing us to give their player an opportunity to have access to our personal attention, coaching methods and exposure to game-time may be the day we may change our minds a little.

In general, we do this with players we loan to other clubs. For obvious reasons we had to recall Peter Kioso from Bolton, which was a regrettable decision made with the right due consideration – not simply to be placed with another club in the same league.

It was planned for Gabriel Osho to return this window for us to see his progress too. And we are delighted to see Josh scoring goals for Yeovil in a loan which only sees them pay us under certain conditions – a classic win/win scenario which we hope will see him thrive.

Recalls are inevitable in the current climate and I can see this January transfer window being utterly chaotic in that respect. So, we have to be ready to respond, which we are with lots ‘irons in the fire’ as one of our bigger characters used to say.

Losing a player or a member of staff, whoever it may be, is always an opportunity to improve but the January window, for us, won’t just be reactive. We are also proactively looking to get better as natural churn is an inevitability.

The FA Cup draw handed us a bittersweet tie at Chelsea. On one hand it will be exciting to pit our wits against a top half Premier League side whilst on the other hand we mourn the loss of a significant revenue opportunity at a crowd-less Stamford Bridge.

The real shame is that in this long-awaited season when we play Manchester United, Chelsea and Watford supporters can’t be allowed to experience it. We’re praying that come April the situation will have improved.

We’ll definitely be up for the challenge in SW3 in a couple of weeks’ time and certainly won’t be overawed by the experience. As a fan I remember the days Chelsea, QPR and Luton were all seen as equals in an era when our league positions were all very similar.

Having some fun last night with a few players who have worn both shirts told a story with our very own Sir Michael Harford leading the pack of names including Donaghy, Stein, Elliot and Dixon as well as 10-goal Joe and too many more to name here.

As I was reminiscing about coldly standing in the North End being 3-0 up at half-time 30 years ago, the devastating news came to us of the Council members’ decision to reject their own officers’ recommendation to grant a lease to the Club for the derelict grass at Cutenhoe Road, next to The Brache.

As a I write this morning, I remain dumbfounded at the short-sightedness of this decision and deeply concerned about the impact this will have on the Club. We are hoping there’s a way we can change councillors’ view on this, but we haven’t yet been given an explanation for their reasons to reject.

There has been some indication that it is because the land has been assigned for future educational use. If this is true, it doesn’t make sense either given that all local schools support our lease and our lease proposal contained clauses to allow the Council to take the land back at any time should they want to build a school. In any case, if a school was ever bult on a location with space for three, why wouldn’t it want to partner with a Championship football club to deliver PE and Sport? Indeed, who knows, maybe we may have even been tempted to build our own school in future? Indeed, our Academy is our school.

It feels unfathomably peculiar that our planning application for the dome itself was given consent with councillor approval, but the lease has been rejected despite officers supporting it, so we’re hopeful that there is a way forward in some form.

As you will know, a very small proportion of this land was earmarked for an air-dome to elevate our academy status from EPPP Category 3 to Category 2, so if there is no resolution, this will not now happen. The knock-on impact of this means we’ll have some serious rethinking to do if we want our academy to provide a supply of talent to our first team squad and elsewhere.

Academy football is changing such that fewer youth development clubs will exist in future (as is beginning to happen now) and facilities cannot be compromised any more. Either we’re in or we’re out.

Along with the wonderful support our fan base community has given us over the last year without the transfer income of our former youth talent, today, I couldn’t honestly tell you if Luton Town would be in existence under current restrictions. The viability and sustainability of a football club is very much more difficult to achieve without a strong academy.

This morning, I have been contacted by many dozens of supporters expressing their anguish at this decision, asking what can be done. My advice has been to ensure that you politely and appropriately make your feelings known to those who represent you.

We shall, of course, communicate the official reasons once we know them.

Meanwhile, onwards and upwards in the League and Cup and here’s hoping, wishing and praying that 2021 brings more positivity to every single one you! We are here to help in any way we can.

PS A very big Happy 80th Birthday to you Joan! 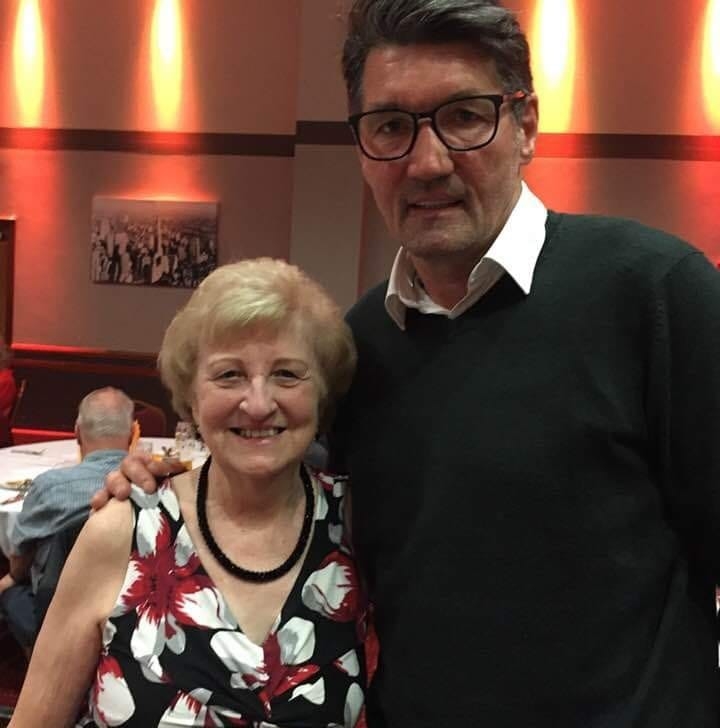