Striker Elijah Adebayo is delighted to become a Luton Town player after signing on the dotted line late last night and vows to grasp the ‘great opportunity’ he has been given.

The 23-year-old signed on a permanent transfer from League Two Walsall yesterday, becoming the third January addition to Nathan Jones’ side – following in the footsteps of Kal Naismith and Tom Ince.

“I wasn’t expecting it at all! Adebayo admitted. “It was kind of smash and grab really, I got a call about half five, by that point I thought I was staying at Walsall, but I’m delighted to be here now and that it got over the line.

“Today was a very good day, enjoyed training with the boys, met the lads and the gaffer and everyone’s been pretty welcoming, so it’s been good day.”

Despite netting ten times so far this season, the 6ft 4in Londoner is keen to improve and hopes he can do so with the guidance of the staff and his fellow players. 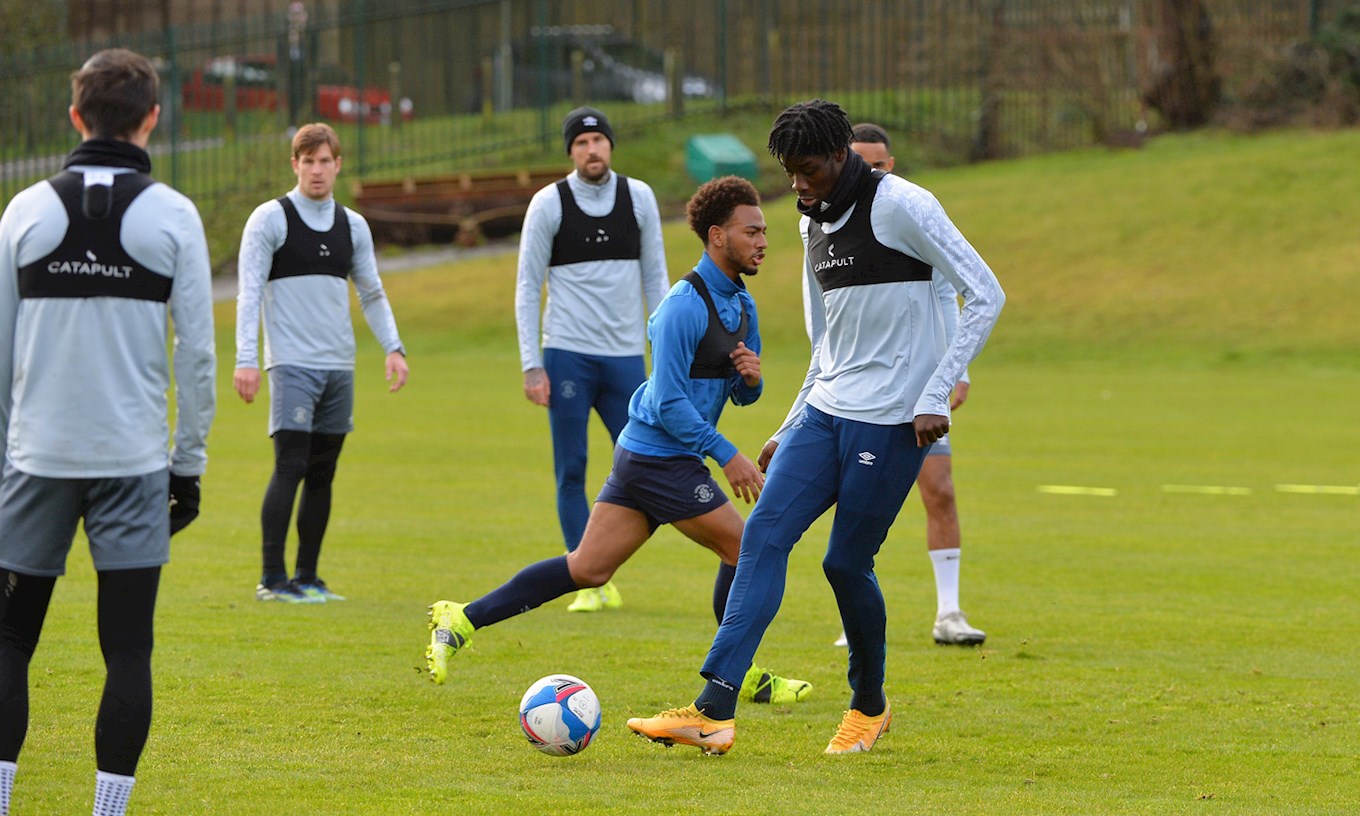 “I’m determined to learn and improve, add aspects to my game and improve on the things I have got, make them even better, and then just kick on and try and play as many games as possible, ease my way in and then make a real statement to show the gaffer I can play at this level and I'm ready to play at this level.”

Adebayo continued by saying: “I think it is a great opportunity to showcase my ability and show people that I can play at this level and hold my own at this level. I’m sure the boys will help me get through it as well, there is going to be many ups and downs, so just got to make sure there are more ups than downs!”

For those unfamiliar with his playing style, the striker revealed all about his attributes on the pitch and what he hopes to bring to Kenilworth Road.

“I can run in behind can play to feet, I do like to link up play with the midfielders and wingers. I'm used to playing with inverted wingers, so I can come and play, link up, if they’re coming in on their stronger foot.

“Running in behind is a big strength of mine, holding the ball up, bringing others into play and then I’ve had to really work on my movement this year and getting in and around the box.