Luton Town can confirm their 2021/22 squad numbers ahead of the new Sky Bet Championship season.

The Hatters have made eight signings during the summer transfer window, and we are now in a position to reveal which shirt numbers they will wear!

Carlos Mendes Gomes has opted for 14, Reece Burke has been handed number 16 and midfielder Allan Campbell will wear 22.

Most recent addition Admiral Muskwe has selected 26, whilst Amari'i Bell, who recently returned from Gold Cup duty with Jamaica, will wear No.29.

Experienced forward Cameron Jerome is No.35 and following an excellent start to life as a Hatter, striker Elijah Adebayo has switched from 29 to 11.

A number of players who were present last season have also changed for the upcoming season, including James Bree who will wear the number 2, and Kal Naismith – who impressed as a versatile defender after joining in January – will occupy number 4.

Glen Rea has switched from 16 to 6 and Joe Morrell has changed to 25, whilst Gabriel Osho, who was on loan with Yeovil Town and Rochdale last season has the squad number of 32. 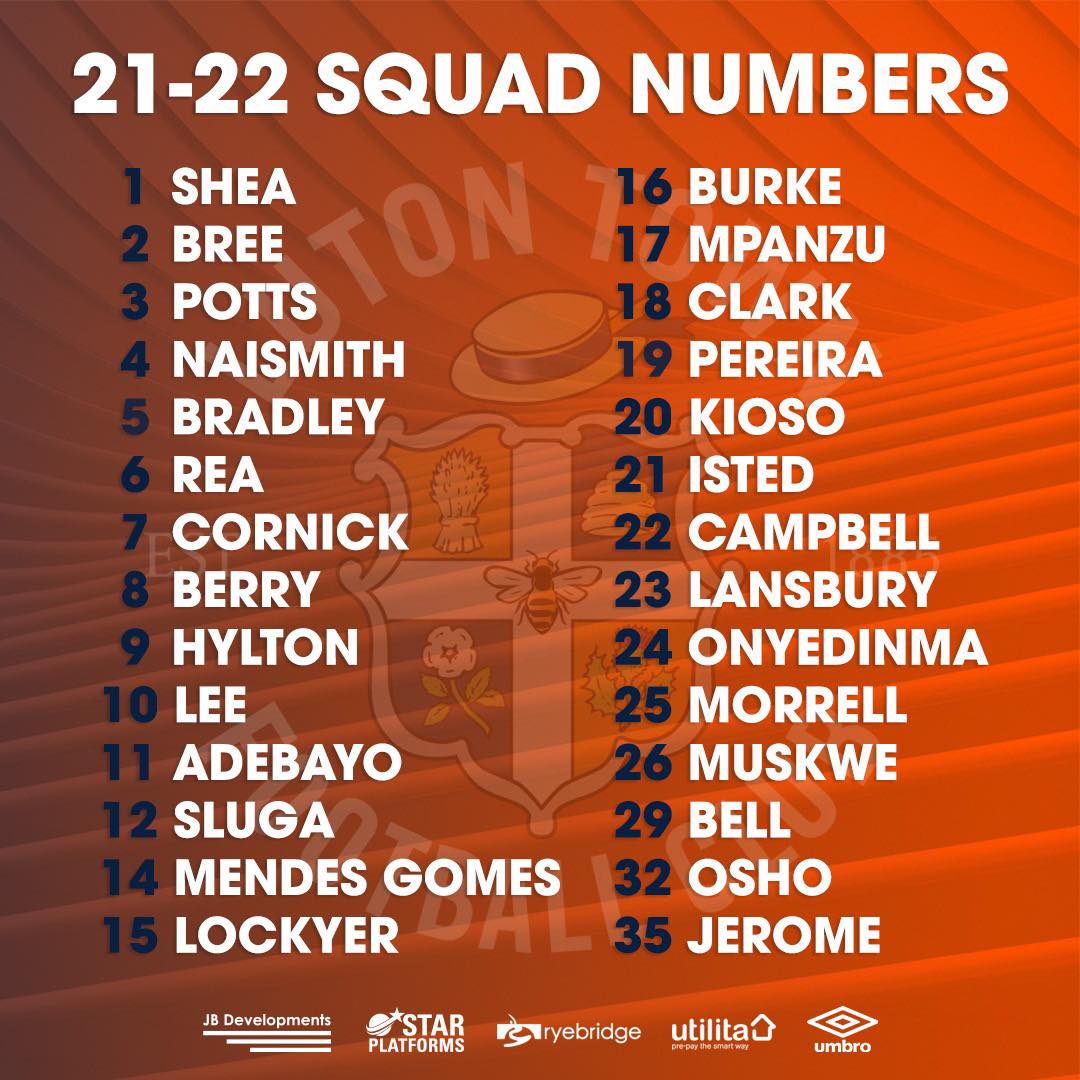