POST-MATCH | Cameron Jerome reacts to his goal and Stevenage defeat

Cameron Jerome spoke of the disappointment and “a little bit of anger” in the dressing room after last night’s Carabao Cup exit in a penalty shoot-out defeat at Stevenage.

But the experienced striker, who blamed a “sloppy start” for costing the Hatters the tie overall, looked for positives in the amount of game time he and several members of the squad got at the Lamex Stadium.

“You can’t look at the changes,” said the 34-year-old, who was one of ten players who didn’t start in the opening day win over Peterborough, but were brought into the team last night, with Gabe Osho the only one to start both.

“We’ve got real depth in our squad this year. That’s the whole aim of the recruitment for the club – real depth and competition for places – so it was a chance for a few boys to stake a claim.

“Ultimately I don’t think any of us have done enough to do that, but what I will say is, for one reason or another, some lads have been missing through illness and injury, and this was a good opportunity for them to get minutes. You’ve got to take some positives out of it.

“Fingers crossed nobody comes out of here with any injuries, as it’s been a stop-start pre-season for quite a few of the boys in the changing room.

“It’s not an excuse. It’s been a disruption and people have needed to get minutes, but it’s a harsh lesson. The feeling of disappointment is there, but we move on.”

After Elijah Adebayo, Harry Cornick and Fred Onyedinma all got off the mark on Saturday, Jerome and Admiral Muskwe joined their fellow forwards in registering their first goals of the season – indeed, full debut strikes – to twice peg Stevenage back in the first half of the 2-2, 90-minute draw.

“As forward players it’s nice to try and find a little bit of rhythm and obviously my first goal for the Hatters is nice, and for Admiral as well, it was a great finish from him,” said Jerome.

“Admiral’s somebody who is going to play a big part this season, somebody I’m really excited about to play with and see him break into the big stage this season in the Championship.”

The former Cardiff, Birmingham and Norwich man believes that having so many forwards in form, competing for a place in the starting XI, can only be good for the Hatters’ cause.

“This group is a real tight-knit group, a real good group – probably one of the best changing rooms I’ve been in – so I don’t think there is an envy here whatsoever,” he said. “It’s all healthy competition, which is good – what any football club should have. 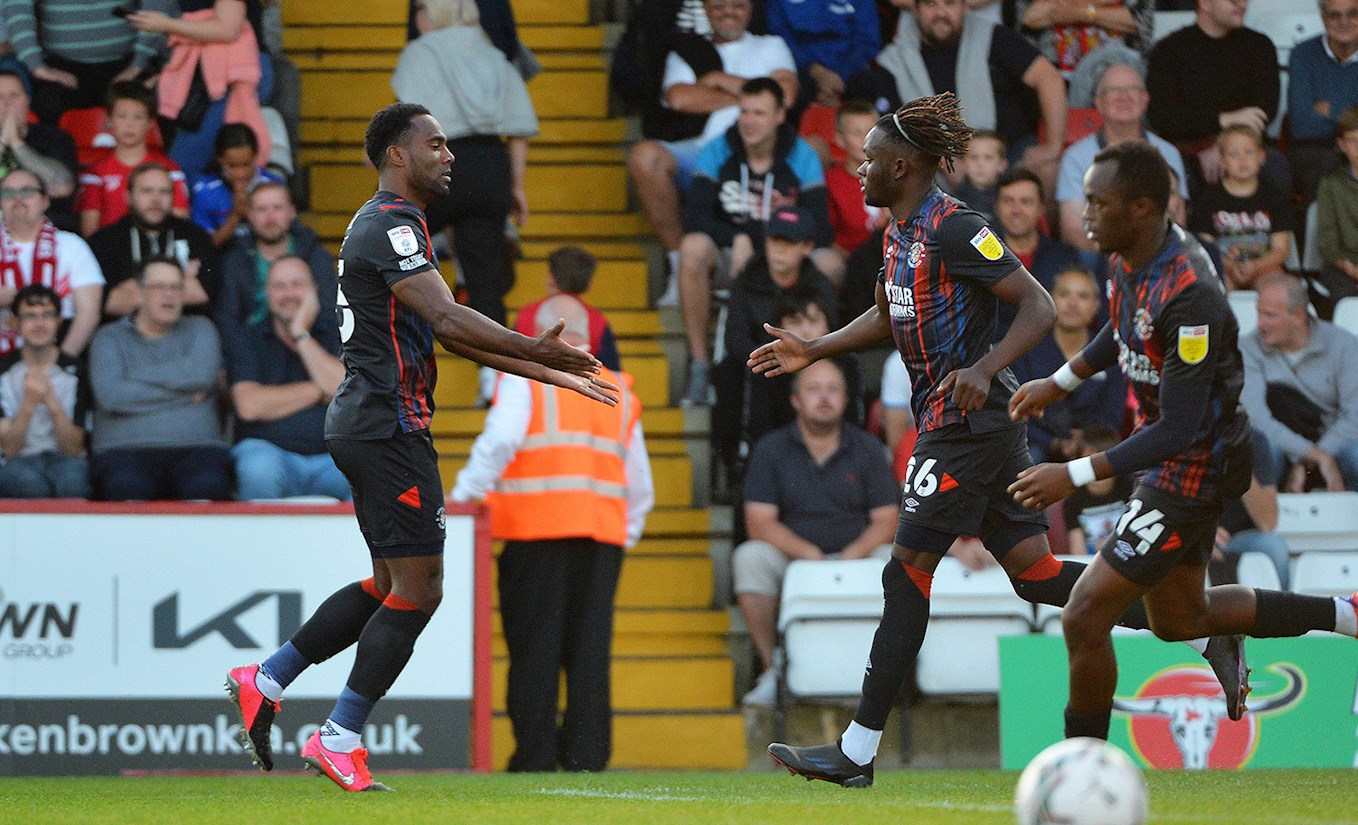 Asked whether he is seen as a big brother figure to those younger players, he replied: “Yes, 100 per cent. I had that when I started out. There were senior players who helped me navigate through the early stages of my career, so it comes full circle and it’s my role and responsibility to try and help the boys.

“They are a good group, a lot of lads that are willing listeners, who are eager to learn – not just from myself but from the coaching staff and other senior players around the place.”

Elaborating further on his own ambition, having come back from a spell in Turkish football to score 15 times in League One last term, then earning a move back up to the Championship with the Hatters, he stressed that he wants to prove his longevity at the higher level.

“It’s what it’s about,” said Jerome. “We are privileged people to play this game, and it’s all about competing for me, as high and for as long as possible.

“That’s always been my aim since I started out, and the older I get, I know I’m not going to be able to play week in, week out, but when I do get the opportunities, I’ve got to stake a claim for a push and to be in the manager’s thoughts.

“I know my role, what I’m here to do this year. I’m here to help the boys push on and contribute when needed.” 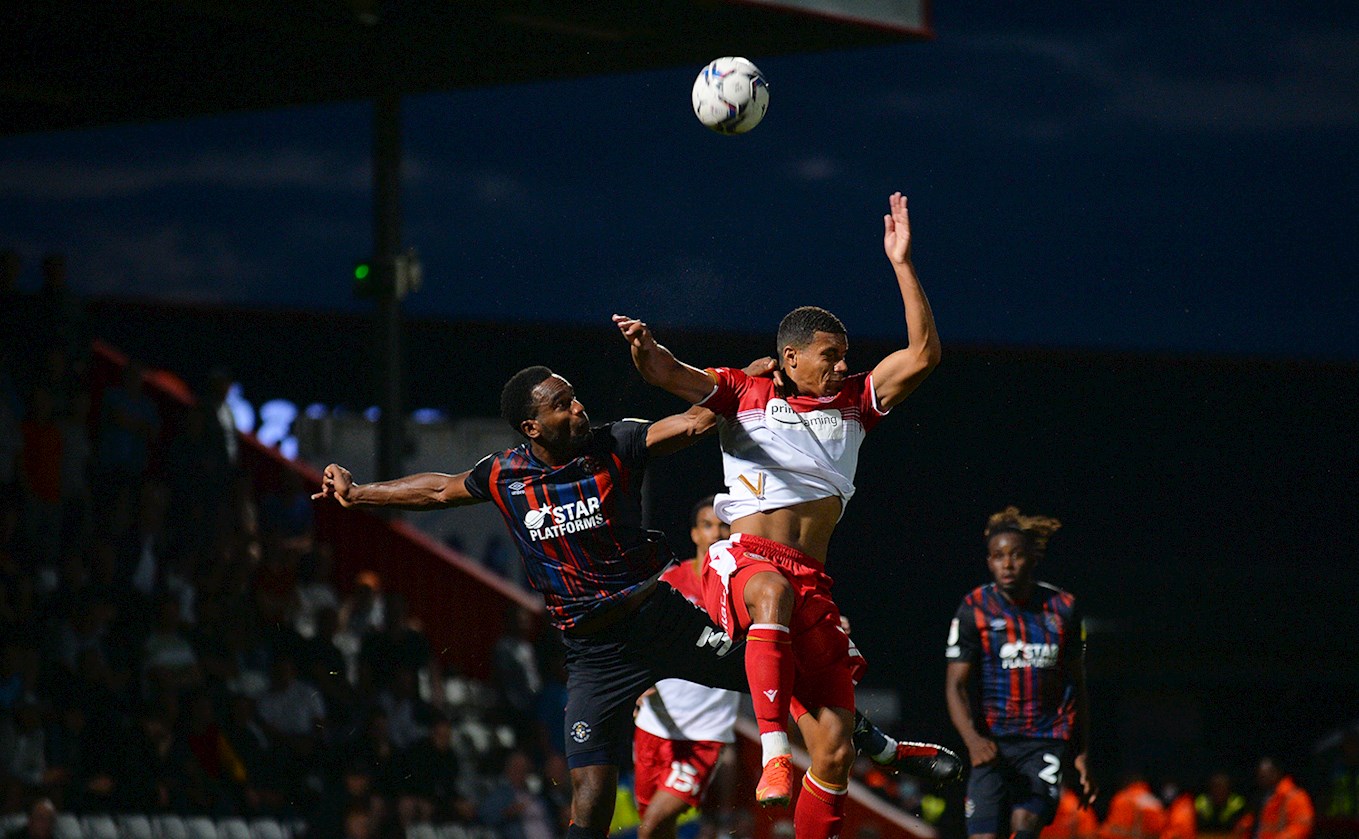