Striker Harry Cornick says the Hatters squad know the importance of today’s first derby at Kenilworth Road for 15 years – and that they will be out to ensure the fans can enjoy bragging rights despite not being able to be there in person.

Cornick says assistant-manager and Luton legend Mick Harford has been sharing his past experiences with the players – not least his hat-trick in the 3-2 win at Kenilworth Road in 1986 – as they prepare to avenge September’s solitary goal defeat at Vicarage Road.

“We’ve been speaking all week about it, bigging it up,” said the 26-year-old forward, speaking to the Luton Town Supporters' Trust Podcast, which you can listen to below. “Mick Harford’s been banging on to us about how he scored the hat-trick in 1986 and how much it meant to him and the fans back then, and we know it’s a massive game for the fans.

“There’s no two ways about it – I’ve had messages all week and all season saying this is a huge game, and we know it is. Obviously it would be that bit tastier with the fans there and it would spur us on, so we need to make sure we are putting our all in on the pitch for the fans and let them know how much this game means to us as well as it means to them.”

With the Hatters in 13th place in the table, and having beaten champions-elect Norwich City twice at home this season as well as upsetting other promotion hopefuls, Cornick is adamant than Nathan Jones’ squad will let others worry about them, rather than the other way around. 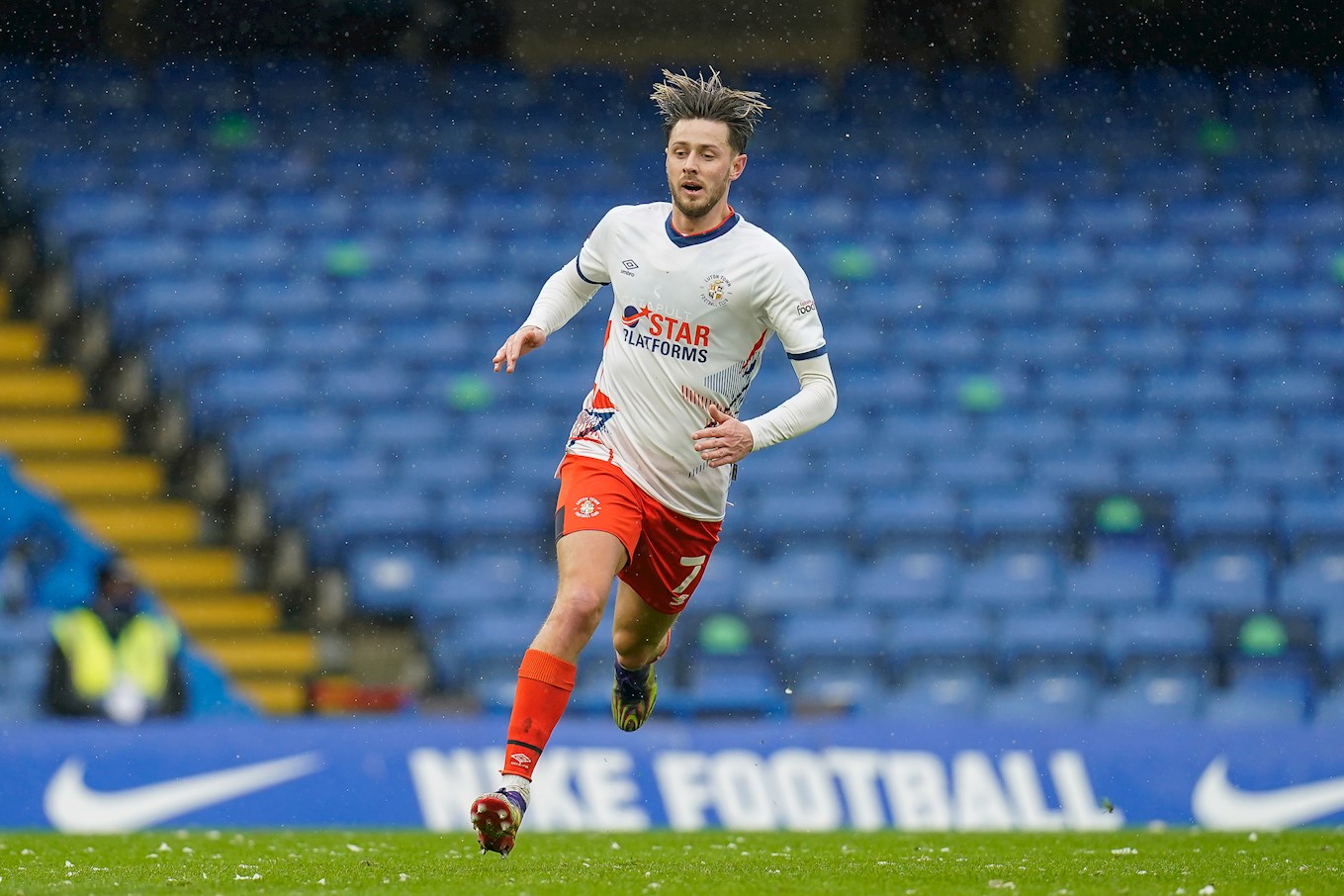 “We don’t fear anyone as a club,” said the man coming to the end of his fourth season with the club, having joined from Bournemouth at the start of the 2017-18 League Two promotion campaign. “That’s part of the reason we are who we are, we are Luton Town and we don’t fear anyone.

“We are going to go out and try our best and implement our style and our style of game on them. I think we’ve done that this year as well, going away to Bournemouth and turning them over, which was brilliant.

“Even going away to Chelsea, I thought we went toe to toe with them for large parts of the game and the result probably didn’t reflect what we could have got from the game.

“We do get right up for the big games and this is going to be the biggest game of our season, for sure, and that’s the one that we want to win, the one that if we can get a result against them, it’ll mean so much to us as a club, and to players as well.

“We want to win that because when we lost to them away from home at the start of the year, 1-0, it was sort of like the game didn’t really go the way we wanted it to and it never developed how we were trying to.

“So we do feel we owe these one because it’s a big derby for us. We need to make sure we don’t lose two to them and get the result on Saturday.”

Cornick believes the team has developed considerably since the first meeting in what was only the third league game of the season, when the summer transfer window was still open and the likes of Kiernan Dewsbury-Hall, Kal Naismith and Elijah Adebayo were yet to pull on an orange shirt.

“Massively,” is his reply when asked about the development. “I think we’ve really grown into this year. I think we’ve started to grow into ourselves, started to get a style of play which I think we are all comfortable with and we all enjoy playing in, and we know each other and how we are going to play now.

“Don’t get me wrong, Watford are a great team and they’ve got some great players and individuals in that team, but as Luton Town as a club, we know we can get the result.

“We don’t fear them. We don’t fear any player that they’ve got. I think they should be coming here fearing us, knowing how much we are going to be up for this one.”

And yet to break his goalscoring duck for the campaign, is Cornick saving them up for today?

“Hopefully they’ve all been saved up for Saturday’s game and if I can score a few against Watford, I think all will be forgiven by the fans and they’ll let me off for no goals so far this year!

“The no-goals has obviously been a tough one for me personally. It plays on your mind and I go into every game thinking about it, but as long as I’m helping the team and getting assists, creating chances and working hard for the team, that’s the main thing.”