The 19-year-old is in the Canaries’ squad for their game at AFC Rushden & Diamonds this evening, with regular number one Charlie Horlock due to serve a three-match suspension following his red card at Stourbridge on Saturday.

It is not the first time Tiernan has been on loan with the Hertfordshire club where his uncle Adam Parker is assistant to manager Mark Burke, the former Town apprentice. 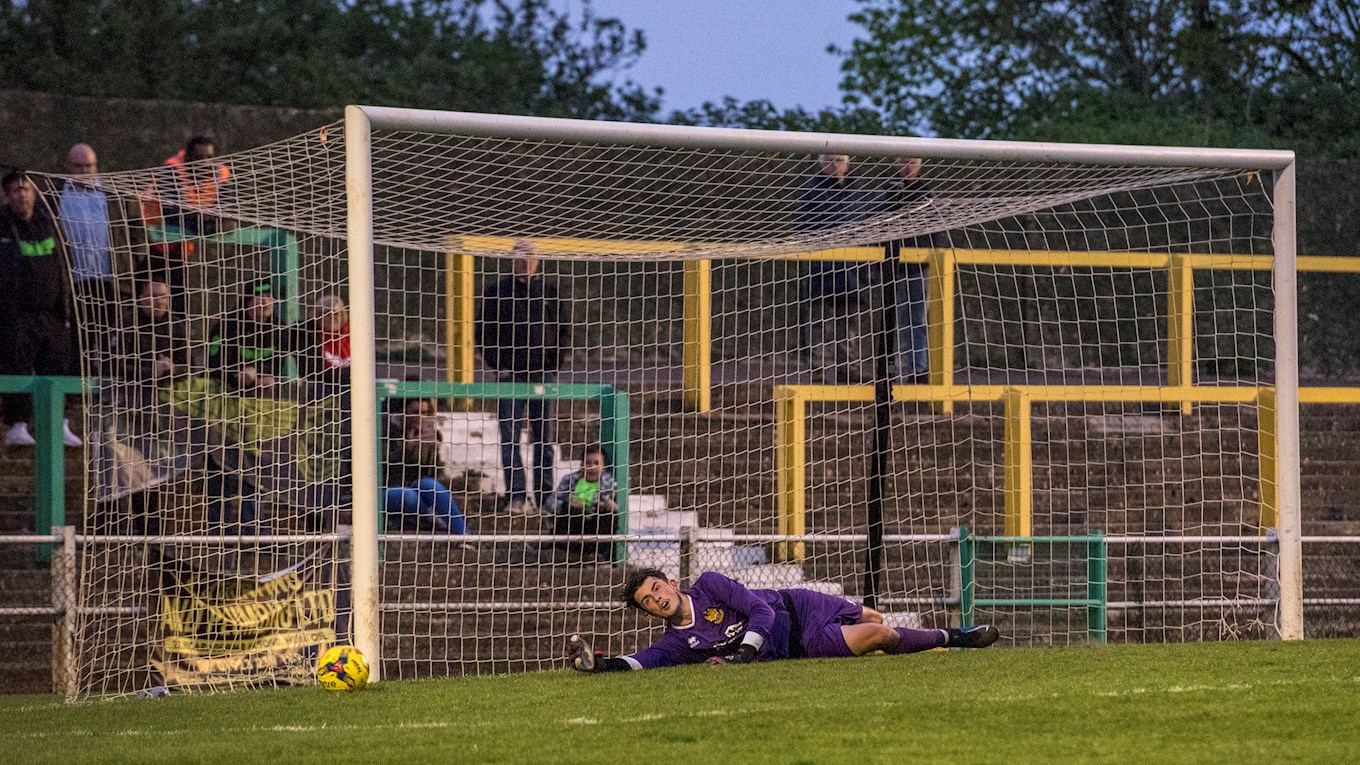 The Northern Ireland youth international made his senior debut for the Top Field club away at King’s Lynn Town in March 2019, before helping them win the Herts Charity Cup, saving a penalty and keeping a clean sheet in a 2-0 win over Hemel Hempstead Town.

Thanks to Hitchin club photographer Peter Else for the picture above of that crucial penalty save in the cup final victory.

Good luck tonight and during your time with the Canaries, Tiernan!