Sonny Bradley on the 1-0 win at Barnsley

Hatters captain Sonny Bradley believes that a 1-0 win away from home is ‘the best result in football’ - and that’s exactly what he and his team achieved against Barnsley yesterday.

Town took the lead in the 71st minute courtesy of James Collins, who notched his fourth goal in two matches with a ferocious strike past Jack Walton.

Bradley and his fellow defenders were rock-solid all afternoon and limited Barnsley to just a single shot on target, which prompted the man who celebrates his 29th birthday today to start his post-match interview by saying: “I always say that a one-nil win away from home is the best result in football. I've said that since the start of my career and I say it now.

"To come here today against a good Barnsley side, you have to give respect to Barnsley, I think the last nine games after lockdown they were probably the best team in the league for me, we were close second I thought, but they were very good.

“We knew today was going to be a difficult game and the opening game of the season is always a little bit cagey, teams are full of energy and today was about doing the basics well, who was going to do the basics better than the other team and that was us, so to come here today with a 1-0 win, obviously with a clean-sheet, I’m delighted.” 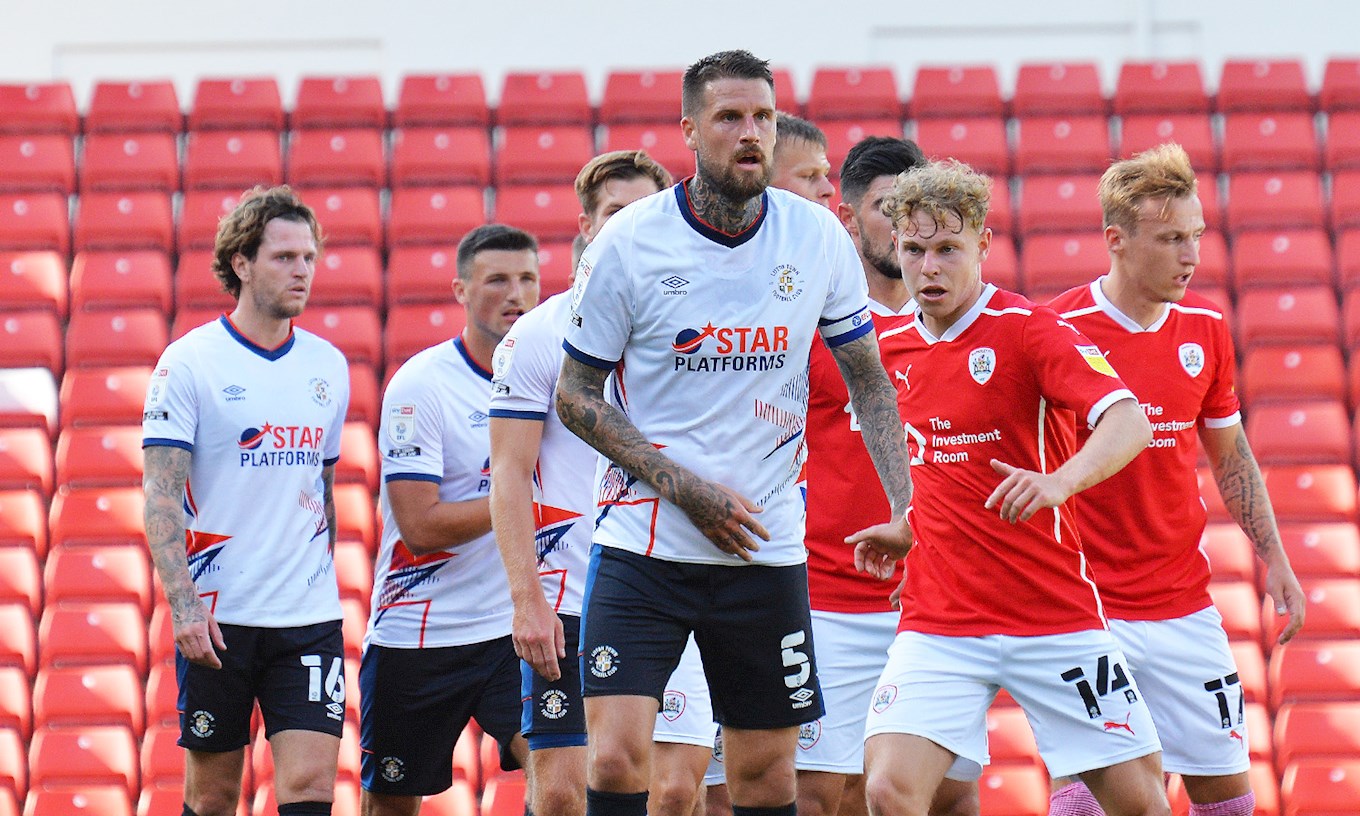 Collins scored the only goal of the game and what a goal it was too, as the captain said: “I’ve only seen it live once, I’ll have to have a look at it again!

“I said to Collo at half-time ‘you owe me one now’ because first-half, I think he knows a player of his quality, an international football player, I know it was his left foot but I still feel like he should score, should do a little bit better.

“But, that’s the thing with Collo, he’ll miss a chance but he’s mentally strong, he will reset and I said to him at half-time, ‘you will get another chance’. I said: ‘we will keep a clean-sheet, go and get your goal’ and that’s exactly what he did, we leave today with all three points, he’s got his goal and we’ve got our clean-sheet.”

The Hatters waited 12 matches for their first league clean-sheet last season, but the defence stood firm throughout the 90 minutes which certainly pleased the former Plymouth Argyle man.

“We have started where we left off at the end of last season because we were really solid. I think that is the difference from probably at the start of last season, I think we started a little bit expansive in games and I think we created our own problems at times last season.

"All of a sudden now, we have found a way to win, we’ve started doing the basics better from the start of the game which ultimately gives us the platform to go and win games. That is the difference for me. We found a way of winning and we need to continue doing that but that’s easier said than done.”