Manager Nathan Jones has been pleased with the start his team have made to the new season and hopes to continue that tomorrow evening when they face Reading in the Carabao Cup second round.

The prize of a third round tie against Manchester United awaits the winner and after both teams won their opening two fixtures – both in the cup and Sky Bet Championship – the 6pm kick-off at the Madejski Stadium is sure to be tightly contested.

Following on from Saturday’s 1-0 away victory against Barnsley, Jones began by saying: “We wanted to start well, continue the momentum we built towards the end of last season and I think we’ve done that. Two different games; Norwich, a changed Norwich side, but gave us a wonderful opportunity to one, finish off pre-season, but also to progress and that was a good result.

“I thought we had an excellent away performance at the weekend. I thought it was disciplined, looked strong and contrary to a number of reports, thoroughly deserved our win.”

James Collins scored the winner at Oakwell and the gaffer had plenty of good words to say about the striker who has started the season in red-hot form, with four goals in two matches. 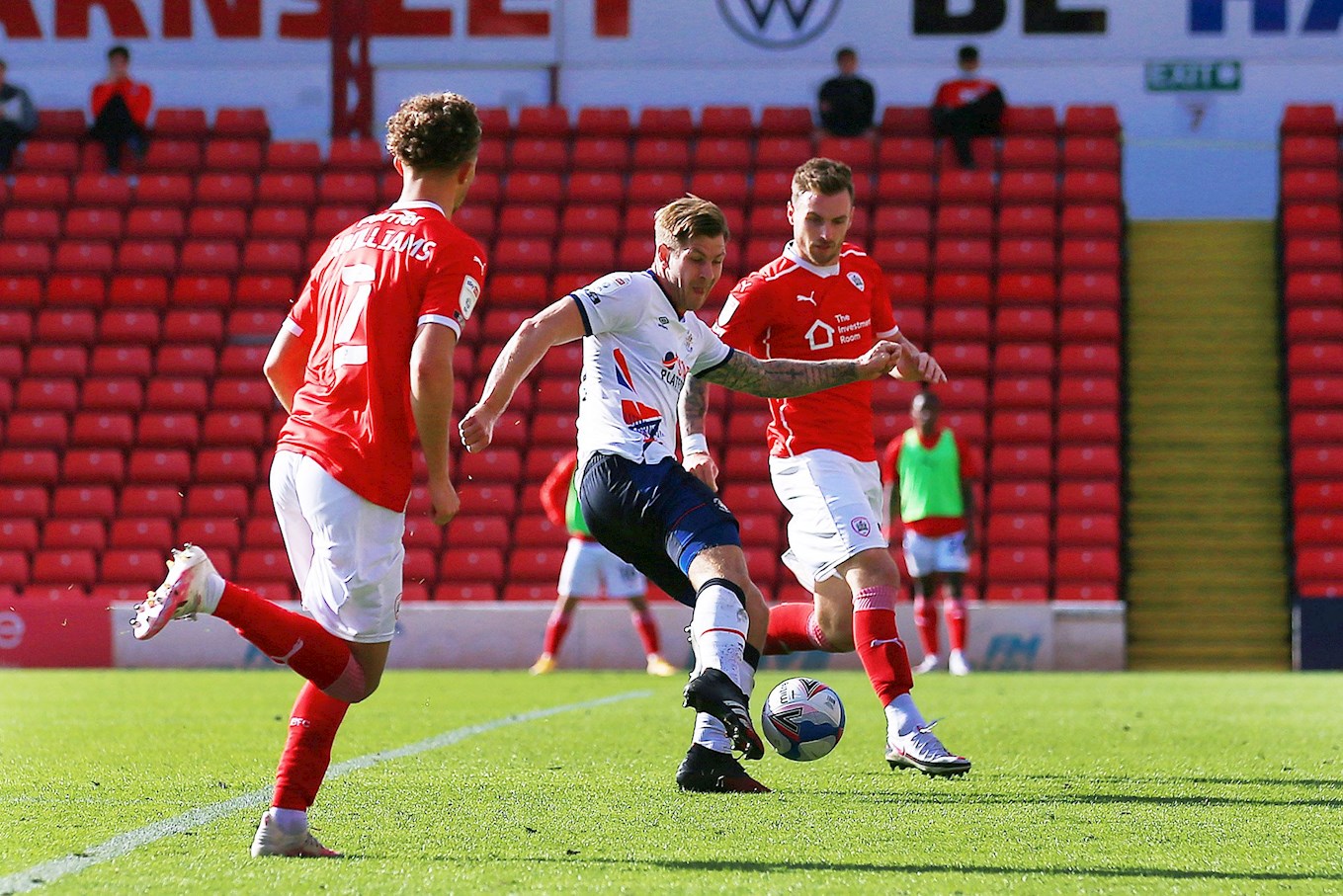 “That’s why bought him here," he said. "That’s why we paid a lot of money for us and for him. We put a lot of faith in him and he’s responded, he’s a very diligent finisher. He takes everything seriously.

"He doesn’t mess about in training, finishing drills, the work he does on his own. In games and training, or whatever level, he’s taking pride in his finishing and it’s no coincidence that when he gets opportunities, he takes them."

With games already coming thick and fast so early on into the season, Jones was asked about the possibility of squad rotation, to which he responded: “We’re looking to win the game, so we’re looking to play a team that’s capable of beating Reading and it’s going to be a tough game, because one, they were the only side to beat us since we’ve come back, they’ve started exactly the same as us with two wins, fine win at Derby at the weekend. So we’re in good form, and we have to make sure we’re not sentimental tomorrow. We pick a side that is strong enough to represent Luton and try and win the game.”

You can watch Nathan’s full press conference via iFollow at the top of the page, where he discusses Pelly-Ruddock Mpanzu’s impact, opponents Reading and the prospect of facing Manchester United, should the Hatters make it to the third round.

You can purchase a £10 match pass to watch tomorrow night's 6pm kick-off live on iFollow Hatters by clicking on the image below.