The Hatters face five-time Carabao Cup winners Manchester United in the third round of the competition at Kenilworth Road this evening.

After defeating Norwich City and Reading in the respective first and second rounds, Town now face their toughest test yet as the Red Devils head to the Kenny.

The highly-anticipated fixture will kick-off at 8:15pm in-front of the live Sky cameras as the Hatters bid to make the last-16 of the competition, where they could face Preston North End or Brighton & Hove Albion.

(Please note these quotes are taken from Nathan’s press conference on Monday, you can listen to the full version by clicking here)

On Man United’s strength: “The names you reeled off are all international football players so whatever you want to do, Eric Bailly, Maguire, Lindelof, Phil Jones, whoever you want to use, Wan-Bissaka, they’re all top players so it makes no difference who they play. It’s either absolutely world class or not far off world class so it’s going to be a tough time. All we can do is prepare ourselves in terms of our game plan, how we press, how we work and how we defend. How we look to play and unless they play the Under-23s that will probably be the only shock.”

Does Mick Harford mention his goal against United: “Once or twice. What a side they had then. We’ve got a squad of players here that will go down in Luton’s history, but that was a special group with Mick and a lot of the players they had there, with Fozzy (Steve Foster), the Stein brothers, Ricky Hill, Kingsley Black. I could name a load that are etched in the history here. It was a wonderful team and then they were on an even keel with Man U. Mick scored and beat them so it’s a wonderful history, but we have to embrace a little bit of that spirit as well.

“We’ve got Mick at the club. He’s a very humble guy, Mick, but he’ll drop the odd one in just to make sure that you know he scored.

We’re in a good place but it’s a wonderful occasion. We want to win and make a good account of ourselves as it’s a massive thing, but it’s a great game for us to have.”

Manchester United are the most successful side in English football history, winning more trophies than any other club. To name a few, they have won 20 League titles, 12 FA cups, five League Cups and a record 21 FA Community Shields, on top of that the Champions League trophy three times.

Ole Gunnar Solskjaer enjoyed a very successful playing career, firstly in Norway before he then spent his best years with Man United, nicknamed the ‘baby-faced assassin’ for his eye for goal and consistent super sub ability.

He scored 126 goals for United but without doubt his most famous of all was the injury time winner he scored in 1999 to beat Bayern Munich in the Champions League final.

Solskjaer took charge at Old Trafford in 2018, initially as a caretaker manager, and in March signed a three-year-deal with the club.

Whilst it remains to be seen what kind of team manager Ole Gunnar Solskjaer will field, it’s possible summer signing Donny Van de Beek will make his first United start.

The midfielder made his debut from the bench against Crystal Palace Saturday and scored United’s only goal in their 3-1 defeat.

He joined from Ajax on a five-year-deal this summer following a long period with the Dutch side, in which time he accumulated 175 appearances - scoring 41 goals and helping them reach the 2018 Champions League semi-final.

Kick-off is 8:15pm at Kenilworth Road on Tuesday 22nd September.

The referee for tonight's game is Tim Robinson, who last refereed Luton at home to Sheffield Wednesday in the FA Cup in January 2019.

Luton were last victorious against the Red Devils in 1987 and will hope for a repeat of a 2-1 score-line once again this evening.

Tonight’s game will be live on Sky Sports and as a result of its selection for live broadcast, WILL NOT be available for video streaming on iFollow Hatters.

There will be audio commentary from Simon Pitts, as with every Luton Town match and you can follow our twitter page for match updates too. 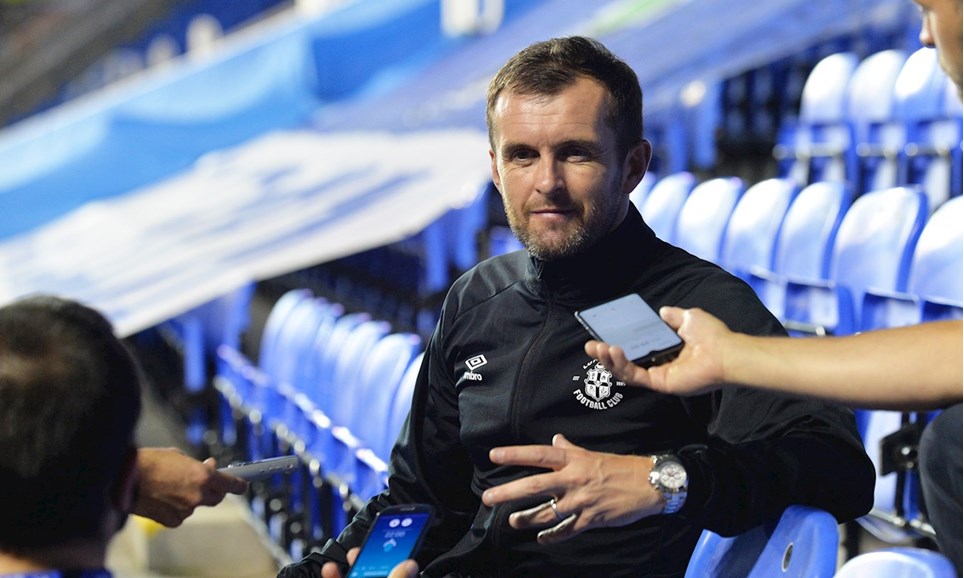 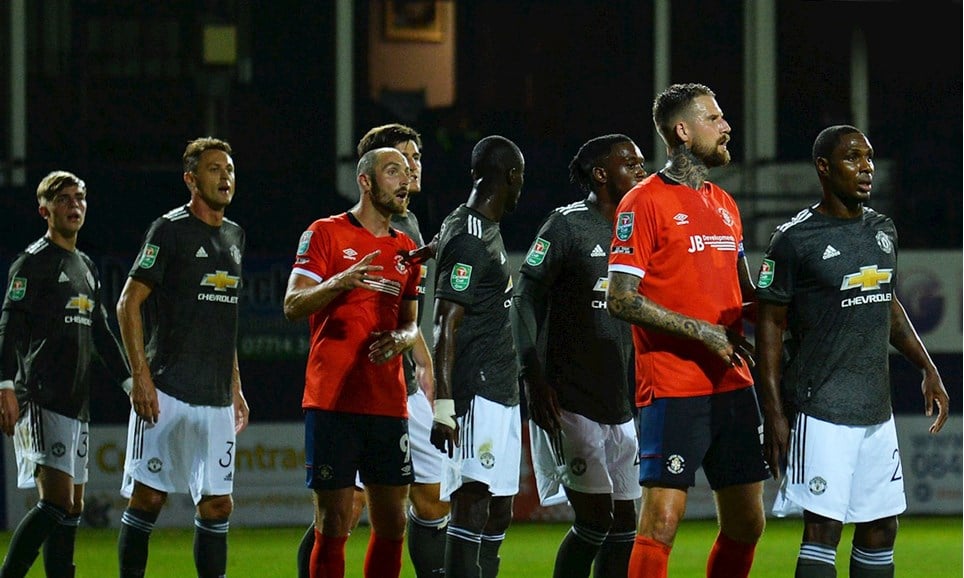 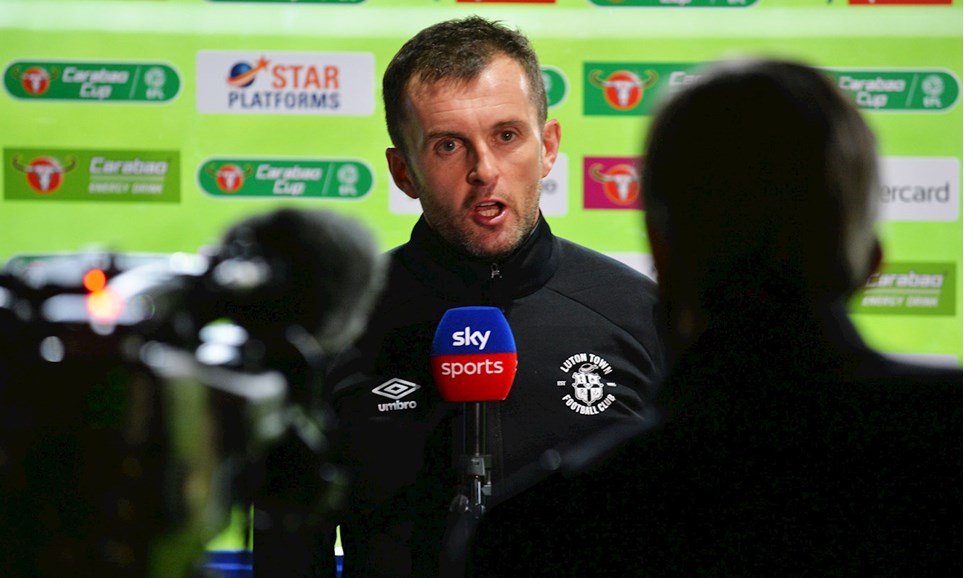 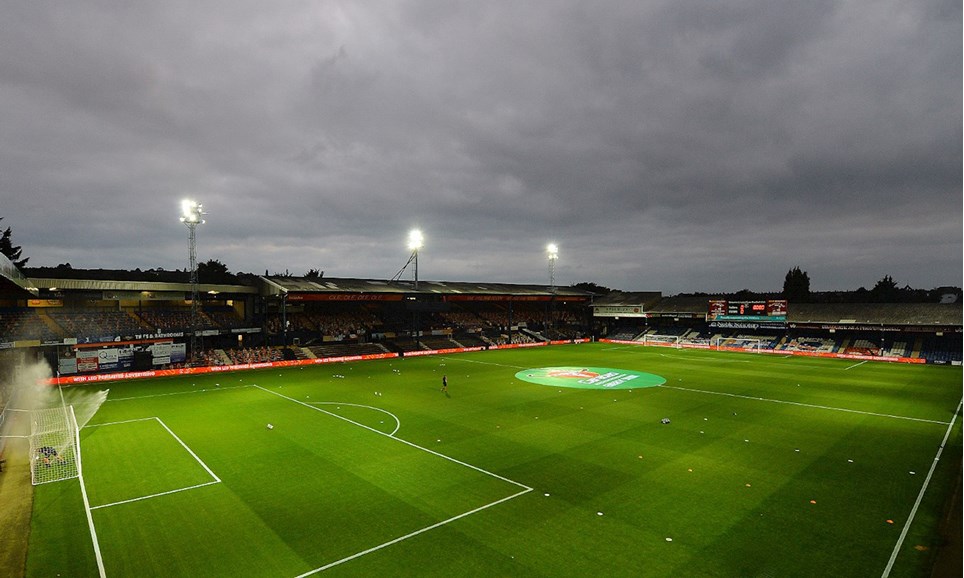