Today is World Mental Health Day and as part of our commitment to the EFL partner charity Mind, Luton Town are supporting the 'Do One Thing' project by saying thank you to a Hatter who has gone the extra mile in recent months for his fellow supporters.

Mind’s latest research revealed that more than 60% of adults and over two thirds of young people (68%) felt their mental health deteriorated during the coronavirus pandemic and lockdown, encouraging conversations around our own mental health and that of others has never been more important.

The charity are asking people to 'Do one thing' to help their own mental health and well-being, as well as that of others, encouraging conversations between supporters especially during the difficult times we are currently living through.

We were alerted to the lengths that one supporter, Bobbers Travel Club committee member Stewart Smith, has been going to in order that his fellow fans remain engaged with one another, despite not being able to attend matches.

John Pyper wrote to the club, informing us of the Bobbers Travel Club TV shows that Stewart has been putting together since the Hatters' famous away trips came to a halt in March after the visit to Wigan. 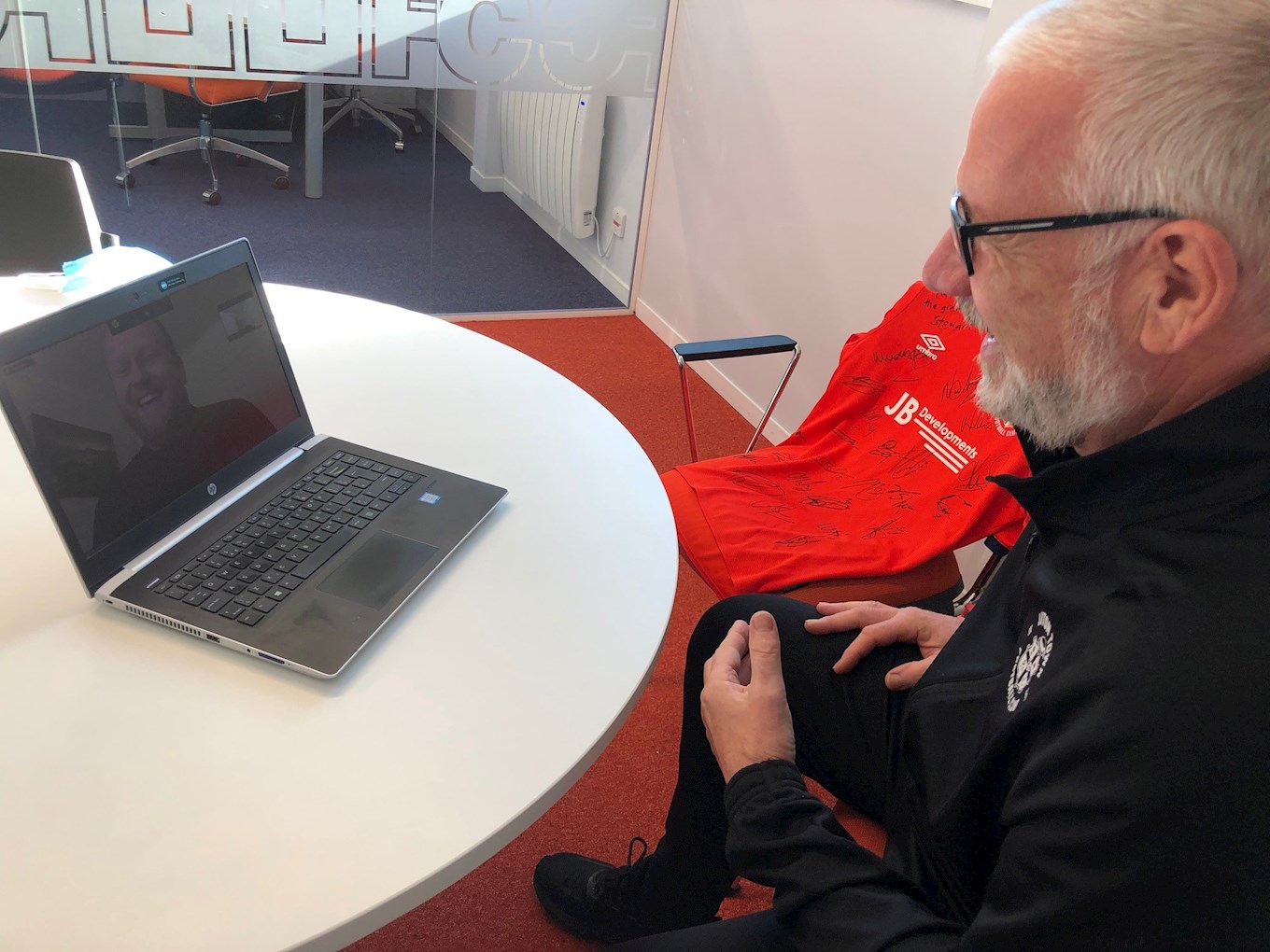 John wrote: "Since the lockdown took effect on supporters not being able to attend live matches home or away to see their beloved Hatters, we the Bobbers Travel Club (Away Travel coach organisation for Luton Town for over 40 years) came up with the idea of bringing all our members together to keep them updated with everything Luton Town in an informative way, but also a fun and entertaining way.

"The BTC Committee got together after an idea was put to us by Committee member Stewart Smith, where he wanted to use the video conferencing programme Zoom to its full capacity by holding two weekly Travel Club Shows.

"With the full backing of everyone Stewart has, since the 2nd week of April hosted these shows to a professional standard and has brought not only our members closer together, has helped their wellbeing, anxiety and mental health at the same time.

"We do have a lot of elderly members and single people that have found it fantastic and there has been a lot of hard work in putting theses shows together by a professional host in Stewart.

"There has been a great team effort from everyone involved in organising quizzes, video archive, fans' stories, memorabilia nights, previews and reviews on all the matches with fans' forums, plus the fun after-shows! It’s been a joy to be involved in these but this is all down to one person in taking this forward, and that is Stewart!"

So, on Friday morning, the club's head of medical Simon Parsell - whose kit is sponsored by the Bobbers Travel Club - surprised Stewart with a special virtual presentation, appropriately on Zoom, of a shirt signed by the Town squad and management as a thank you for the one thing he has done to help his fellow supporters.

You can watch the video of their chat on our YouTube channel below...

Simon said: "The Bobbers Travel Club have been long-time supporters of the club's medical department, not only sponsoring my kit but also providing the funds for much-needed equipment that helps us rehabilitate the players more quickly and safely.

"I was taken aback when, despite everything that's been going on in the world and the financial difficulties that many are experiencing, that once again they have helped us out.

"What you then discover, as you delve into the work they all do to not only put on the coach travel for supporters to get to away matches, but host fundraising events and do so much in the community, is that people like Stewart are unsung heroes of the whole operation.

"It is so important at this time to keep people talking. Even if they aren't openly dicussing mental health, by engaging in coversation about the weekend's match that they've watched on iFollow, or one Mick Harford scored in 30 years ago, they are helping each other deal with any issues that may arise. 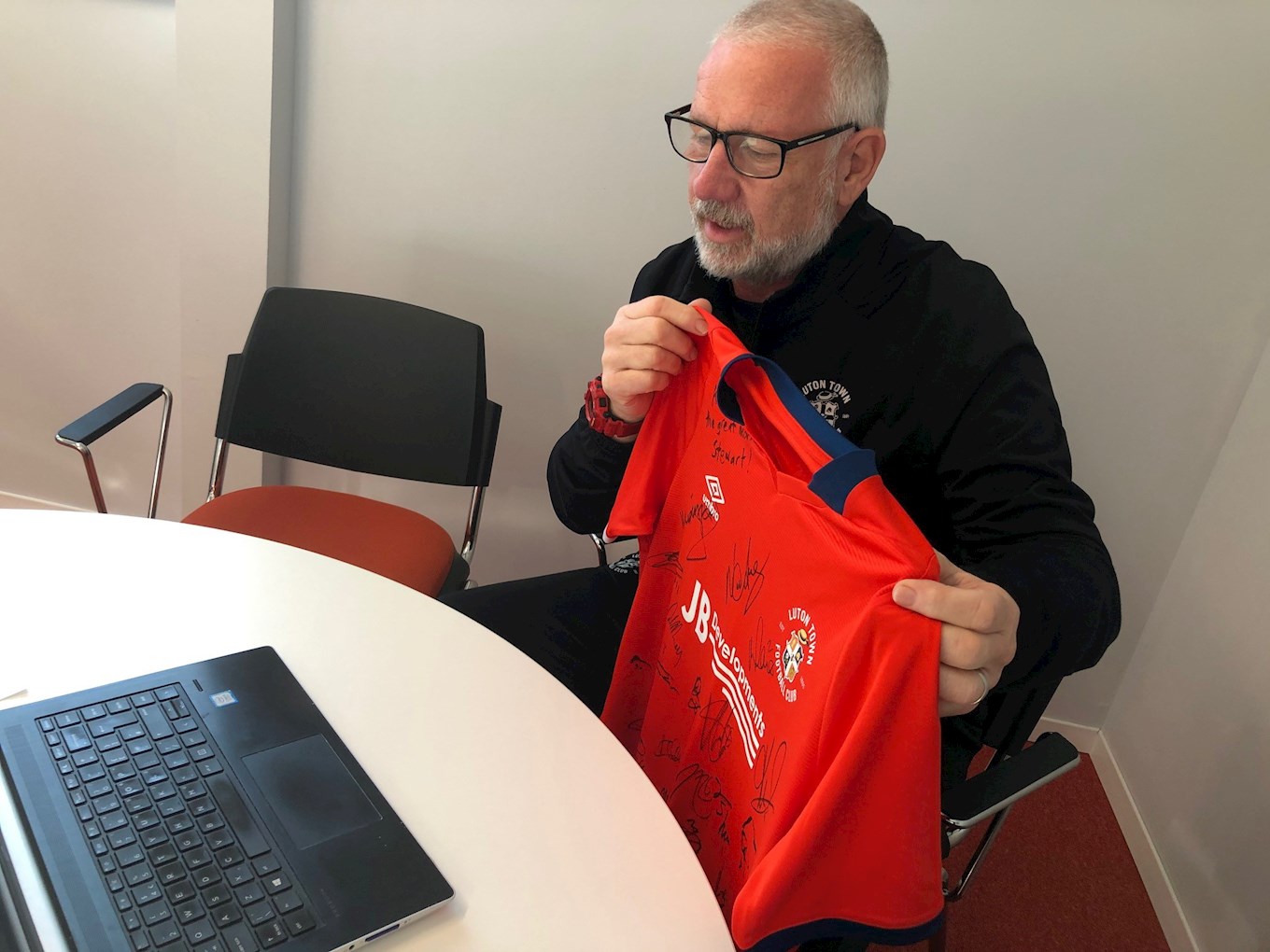 "Stewart deserves so much credit for not only instigating these Zoom shows, but putting the time into editing them and providing entertainment for people who, as John says in his email, may not otherwise have contact without their weekly football fix.

"So well done Stewart, you're a real TV star! As it says on the shirt - keep up the great work doing your thing - and we'll get it sent off to you as soon as Simon and young Rhys return from international duty so you've got the full squad on there!"

The 'Do One Thing' campaign is the latest activity by the EFL and Mind, who are currently in Year Three of their groundbreaking charity partnership which aims to raise awareness of mental health amongst fans and the wider public, help raise funds for Mind to deliver life changing services and improve the approach to mental health in the EFL and Clubs.

The League recently celebrated the impact of the charity partnership over the last two seasons, with the results available to view here.

For more information on how to get involved with ‘Do one thing’ on World Mental Health Day see mind.org.uk/wmhd 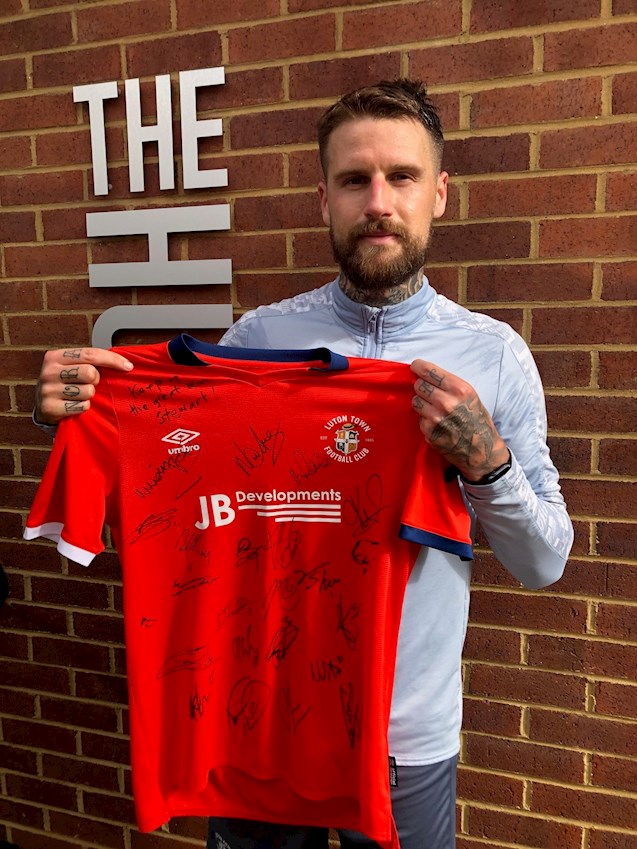