Everyone at Kenilworth Road has been saddened to learn of the death of Matt Tees at the age of 81.

Johnstone (Scotland) born Matt started his football with Airdrie before accepting the chance to play in the Football League with Grimsby in 1963.

Matt formed a lethal strike partnership with another future Hatter, Rodney Green, leading to the pair of them moving to Charlton for a joint fee of £23,000 in 1967.

Luton manager Alec Stock had money to spend following the sale of Bruce Rioch in the summer of 1969, but bided his time before paying out £25,000 for Matt who he saw as the perfect partner for young forward Malcolm Macdonald. 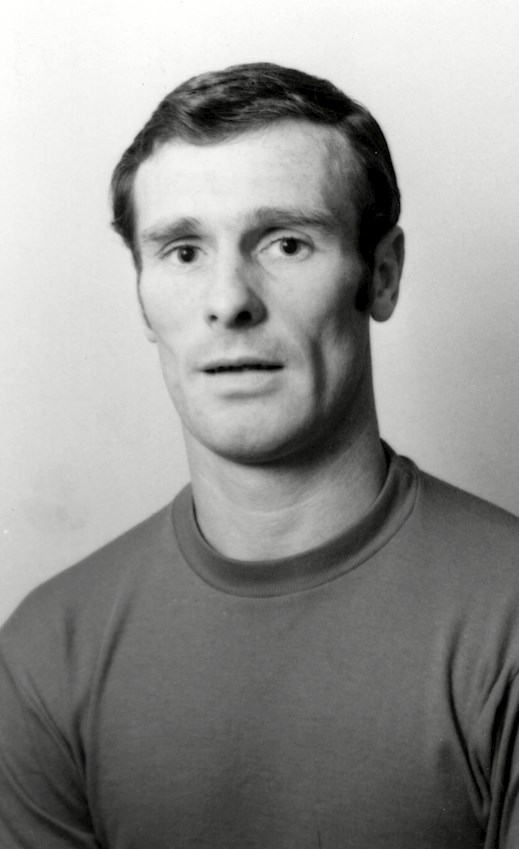 Matt signed for Luton on 28th August 1969 at London Airport (not Heathrow in those days) at 8.30am so that club secretary Bob Readhead could get on a plane to Blackpool to ensure the player could be registered at the Football League HQ in Lytham by the 3pm deadline for the Hatters' game at Gillingham on the following Saturday.

Making his debut in a rough, both on and off the pitch, game at Priestfield which the Hatters won 2-0, Matt received a battering but seemed to relish the challenge. He scored on his home debut the following week in a 4-0 win over Bristol Rovers, and it soon became clear that he was forging a great partnership with the young Macdonald.

Matt Tees did not look like a goalscoring striker as it often appeared that a puff of wind would blow him over. He was, though, incredibly strong and brave and for a relatively short man, amazingly good with his head with the rare ability to hover in the air while defenders were on their way back down.

Matt played in 32 League games in that 1969/70 campaign, scoring 11 goals without which the Hatters would not have won promotion to Division Two (now the Championship), and it is certain that Malcolm Macdonald would not have gone on to greater things without the tutelage he enjoyed during the year he and Matt played together.

Matt played three games in the early part of the following season but then lost his place to Don Givens, before returning to his spiritual home of Blundell Park, where it all began for him and where he holds well deserved legendary status.

(Main picture caption: Matt Tees showing his prodigious leap during a 5-0 win at Kenilworth Road against Bradford City in 1969)