We apologise for the delay in announcing the first winner of the Diamond Player of the Month.

However, Rhys Norrington-Davies has won the vote for the Month of September, which was of course the opening month of this 2020-21 campaign.

This was a close fought vote with Rhys polling 23% of the votes cast, beating Pelly-Ruddock Mpanzu into second place. It was a month where many players impressed with nine different players receiving votes.

As advised previously, the Trophy presentation will take place at the training ground as soon as possible. We can advise that Adam Laycock was drawn from the hat from those that voted for Rhys.

He will be contacted in due course to arrange a hospitality package that can be taken as soon as supporters are able to re-enter Kenilworth Road.

We thank all Diamond Season Ticket holders that took the time to vote.

We would like to advise that the voting for the Diamond player of the Month for October is now open. Who will follow Rhys ?

Any Diamond supporter can now cast their vote for the Player of the Month by simply sending their nomination to diamond@lutontown.co.uk. Voting will close on Monday 30th November. 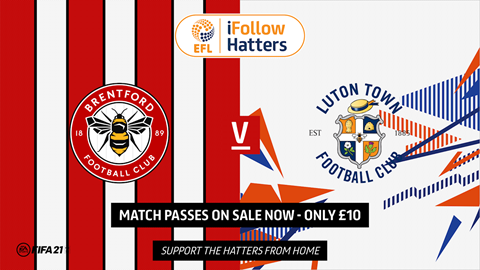