Hatters top scorer James Collins has been recalled to the Republic of Ireland squad after netting the winner at Rotherham last night.

The 29-year-old striker took his tally to the season for five with his second-half volley at the AESSEAL New York Stadium last night, and Ireland boss Stephen Kenny has brought him back into the fold after missing out on the last two squads.

No quick getaway for Collo and the lads last night as they stay in their Yorkshire bubble to prepare for Huddersfield on Saturday.#LoveYorkshire #SecondHome #COYH pic.twitter.com/BjtOs7a0Si

James, who netted on his debut against Bulgaria just over a year ago, will hope to win his fifth cap when the Republic take on England at Wembley next Thursday in a friendly.

After that, they head to Cardiff where he could come up against fellow Hatters Tom Lockyer, Joe Morrell and Rhys Norrington-Davies in a UEFA Nations League tie with Wales on Sunday 15th November, before Bulgaria visit the Aviva Stadium in Dublin again on Wednesday 18th. 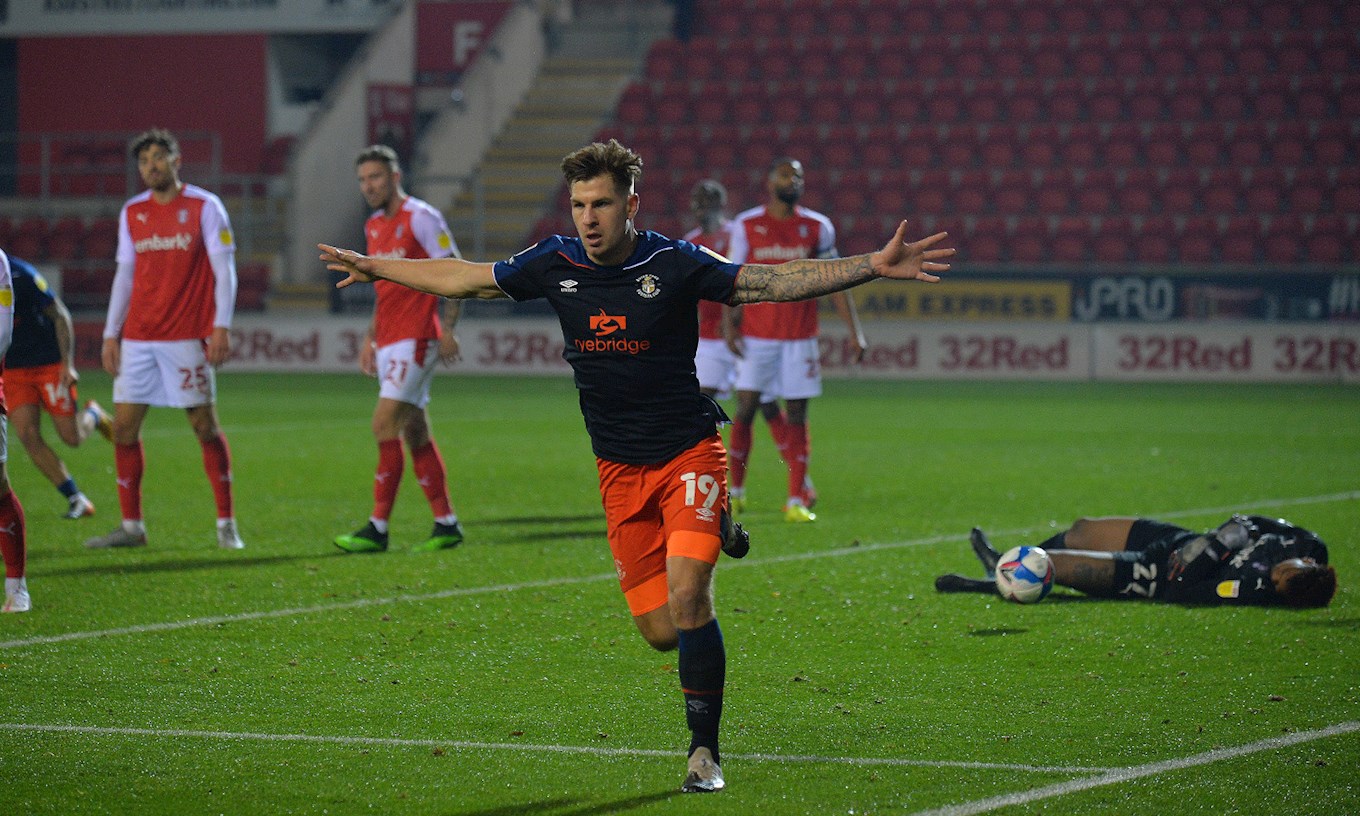