Hatters Gabriel Osho and Josh Neufville have today both joined National League side Yeovil Town on loan until January.

Defender Osho, 22, joined the Hatters as a free agent last month after turning down an offer to stay at fellow Championship club Reading in the summer.

Having spent the past few weeks training with Nathan Jones’ squad and playing in three development friendlies, the manager feels going to one of his old clubs for competitive football will help his acclimatisation to full match fitness.

Wideman Neufville, 19, has been with the Hatters from Under-10 level and was part of the youth team that won the EFL Youth Alliance Cup in 2018.

Josh (pictured below in action during pre-season at Berkhamsted) signed his first professional contract just over two years ago and has since spent time out on loan in the National League with Solihull Moors and Woking. 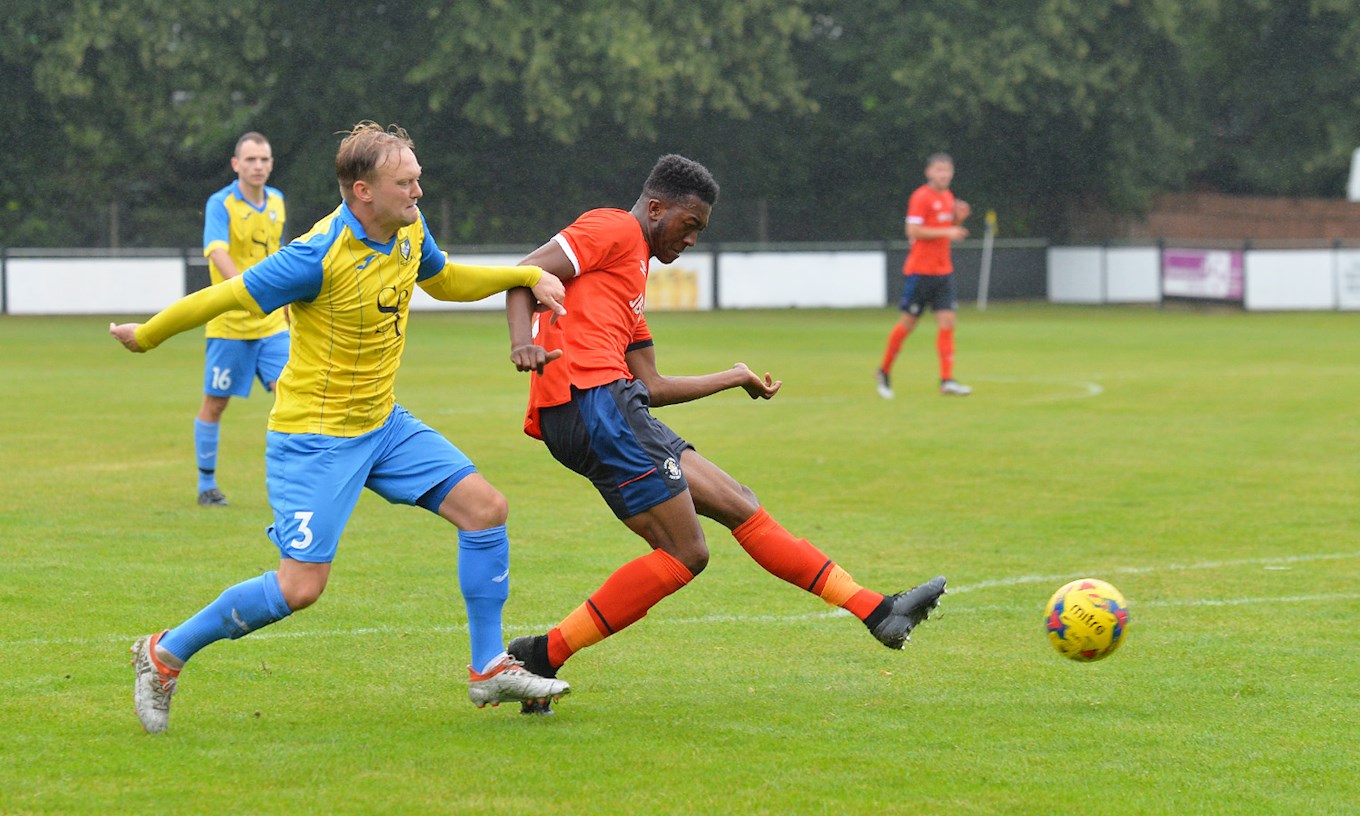 Jones said: “Gabby has come in and proved to us that he can be a real good addition to the squad, we just felt he needed some game time prior to January and we were able to get him out to a good club in Yeovil.

“With Josh, we want to get him experience and the higher we can get him that, the better he is.

“Going down to Yeovil means that he gets a good experience of staying away, he has a mate initially in Gabby, and I obviously know that they’ve got a good tradition with young players having been there myself, so he can only benefit and help Yeovil at the same time.”

The duo could make their Glovers debuts tonight against Eastleigh and we wish them both well during their time at Huish Park.