The Hatters have the opportunity to put Saturday’s loss behind them when they face Norwich City at Kenilworth Road this evening.

Following a disappointing 4-0 defeat to Cardiff City, Town’s four game unbeaten run was abruptly ended and that is a result they will be keen to put right against the Sky Bet Championship table toppers.

Norwich shared a 1-1 draw with Coventry at the weekend but have lost just twice in the league so far and have a one point lead in first position.

(Please note, these quotes are taken from Nathan’s press conference on Tuesday afternoon – you can watch the full version here)

On whether it’s a good time to play Norwich: “I hope so, but I won’t know. If they have one of their players out then that’s a bonus for us, because they are a very, very good side, and a side that we are, financially, a long way away from.

“With that financial clout they can bring on international quality players and they’ve got a wonderful squad that’s been together for a while. It’s been promoted in the Premier League and then it’s dropped back down with aspirations of going up, so we know that they’re full of quality. And whoever they play, they’ll be full of quality.

“You could say it’s a good time to play them but they’re in a winning habit, they’re very difficult to beat and they can punish you, so we’ll have to be at our best to get something out of the game tomorrow.”

On toughness of the league: "We are starting to evolve but this league has a great way of just punching you on the nose and saying hey, keep it real. We’ve got a real defensive foundation, a solid foundation, and then as we start to think how can we get improvements, then we just get punched on the nose by not doing the basics.

We want to push boundaries and be established, but the fundamentals are that we are relative offices at this and we have to make sure that we do all the basics well to not let any leaks or cracks appear. Then, once we have that, we can start to build and evolve, and we did that in our previous two games.”

Norwich were promoted to the Premier League as champions in 2019 but failed to survive in the top flight and finished 20th last season.

In the past ten years, the Canaries have spent five of those in the Premier League and their history extends beyond the 2000’s too.

They have won the League Cup twice in their history, first in 1962 and most recently in 1985 when they beat Sunderland 1-0 at Wembley Stadium.

Daniel Farke took charge at Carrow Road in 2017 and led them to the Premier League in 2019, though didn’t manage to maintain their position in the top flight and they finished 20th. They are searching for an immediate return to the big time and currently occupy first position in the Championship.

Teemu Pukki has been the Canaries’ top scorer for the last two seasons, with 30 and 11 goals in successive seasons. With seven thus far, he remains their lead attacking threat and could cause the Hatters some concern.

Kick-off is 7:45pm on Wednesday 2nd December at Kenilworth Road.

The referee for tonight’s game is Darren England – who last officiated the Hatters during the 2-1 home victory against Brentford last season.

The two teams last met in August in the Carabao Cup First Round and the Hatters were 3-1 winners, courtesy of James Collins’ hat-trick.

Season ticket holder iFollow codes for the Birmingham game have been distributed by email.

Alternatively, the only way you can watch the game from Kenilworth Road is via iFollow Hatters. You can purchase a £10 match pass by clicking the image at the foot of the page.

Click and collect your sanitiser and mask sets from our Park Street store before the game - Open until 7:30pm tonight. Only £9.00. 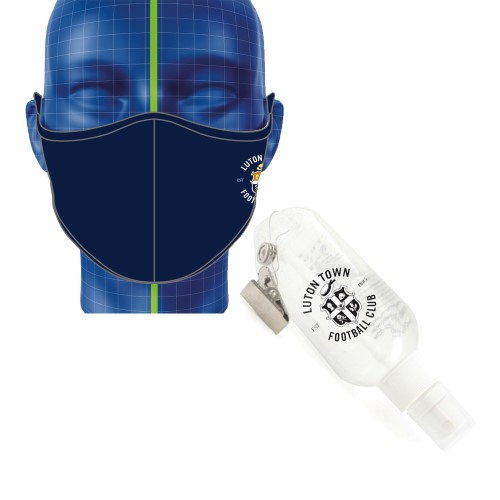