Hatters boss Nathan Jones thanked the 1,000 Hatters fans at Kenilworth Road last night for the ovation they gave him when he came out of the tunnel in front of them for the first time since returning to the club.

Speaking to talkSPORT and BBC Radio 5 Live after the 3-1 win over Norwich, the Welshman told of his emotion after playing behind closed doors matches for previous 26 fixtures of his second spell as Town manager.

“It was brilliant,” the gaffer told talkSPORT's Ian Abrahams. “It was great to have them back in and it’s wonderful. Everything was safe. They’ve adhered to everything and it was just brilliant to have that noise, have that atmosphere, and at the end, the appreciation for the team was wonderful. Football without fans isn’t quite the same. With fans, it’s the best game in the world.”

On that moment he came down the tunnel, he said: “You’re half not knowing what to expect. You think you know, but the ovation was superb and I’m so proud of them and I thank them for that, because they’ve done so much and they’ve shown a lot of humility in welcoming me back in that way.

“It was such a close relationship and I want to build that again. I want to get that again. This time in a much higher league, a much more challenging league, but they’ve seen tonight a performance that shows we are good Championship side.” 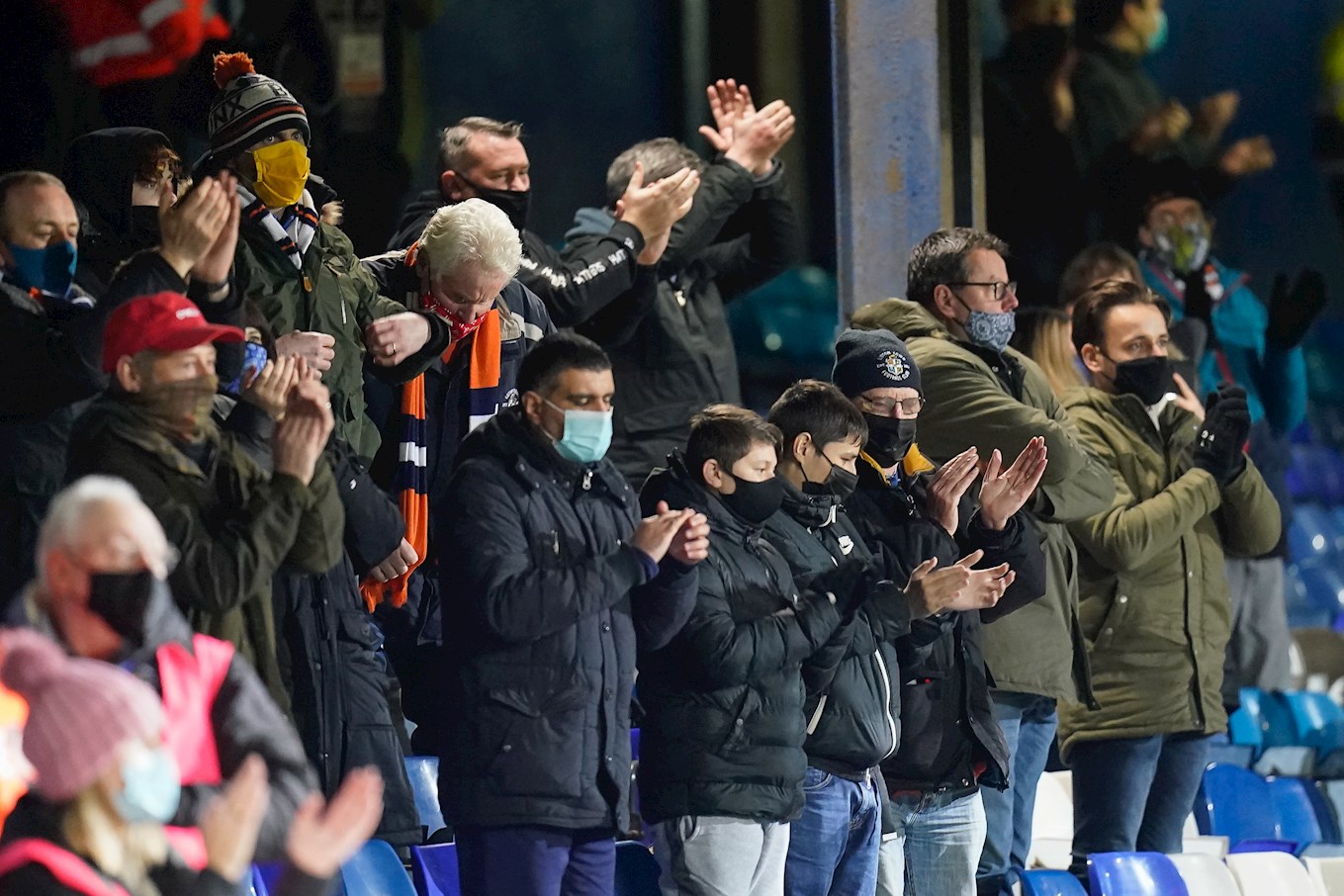 “I know that the feeling and the kind of forgiveness I’ve had in certain things, but for them to get behind me and give me that ovation, I was very proud and very humbled.

“It was emotional and I’m glad we could repay them for that, because as I said, I want it now to be water under the bridge and to move forward because we want to keep reestablishing this club, keep moving forward, and nights like this will help that.” 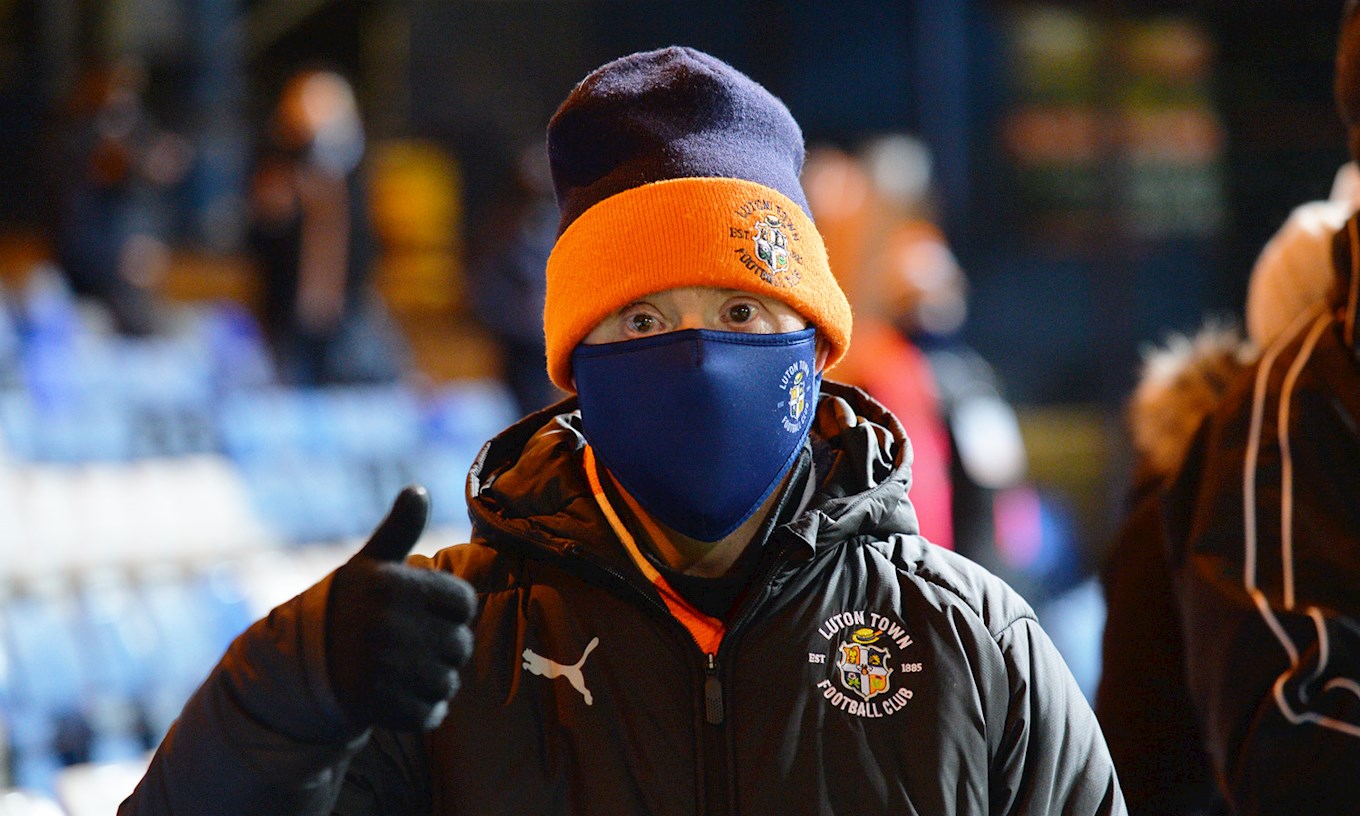 Could things be returning to normal? “God willing, although I don’t think we can quite say normal, but if we can get the fans in little by little, we will be in a better place.

“I’m so happy and so proud of the club tonight. We’ve tried to do everything. We’ve got a great CEO here and a great board that back us and do things right, and we’re proud of our club. It’s a great night for us tonight.”

Town CEO Gary Sweet had spoken on the morning of the game how it could be a “monumental night” for the club.

“Yes (it was),” said the gaffer. “Thankfully every time he puts big statements out – because he I remember having a meeting before the Blackburn game and in the end I had to stop it and say ‘OK, lets just have thins meeting on Thursday after the game!’ He’s the biggest Luton fan and he devotes his life to it. How he lives like he does, I don’t know, but he’s so dedicated to the job and the club and drives everything on.

“Thankfully he trusts us to do the work we do. He backs us in what we need, and it’s not massive financially, but it’s more than that in the trust. It’s such a good club. It is a monumental night, coupled with the result obviously. But to be one of the first to get fans in, to have the organisation that we have and to have the adherence to everything that we did, shows that we are such a good club.” 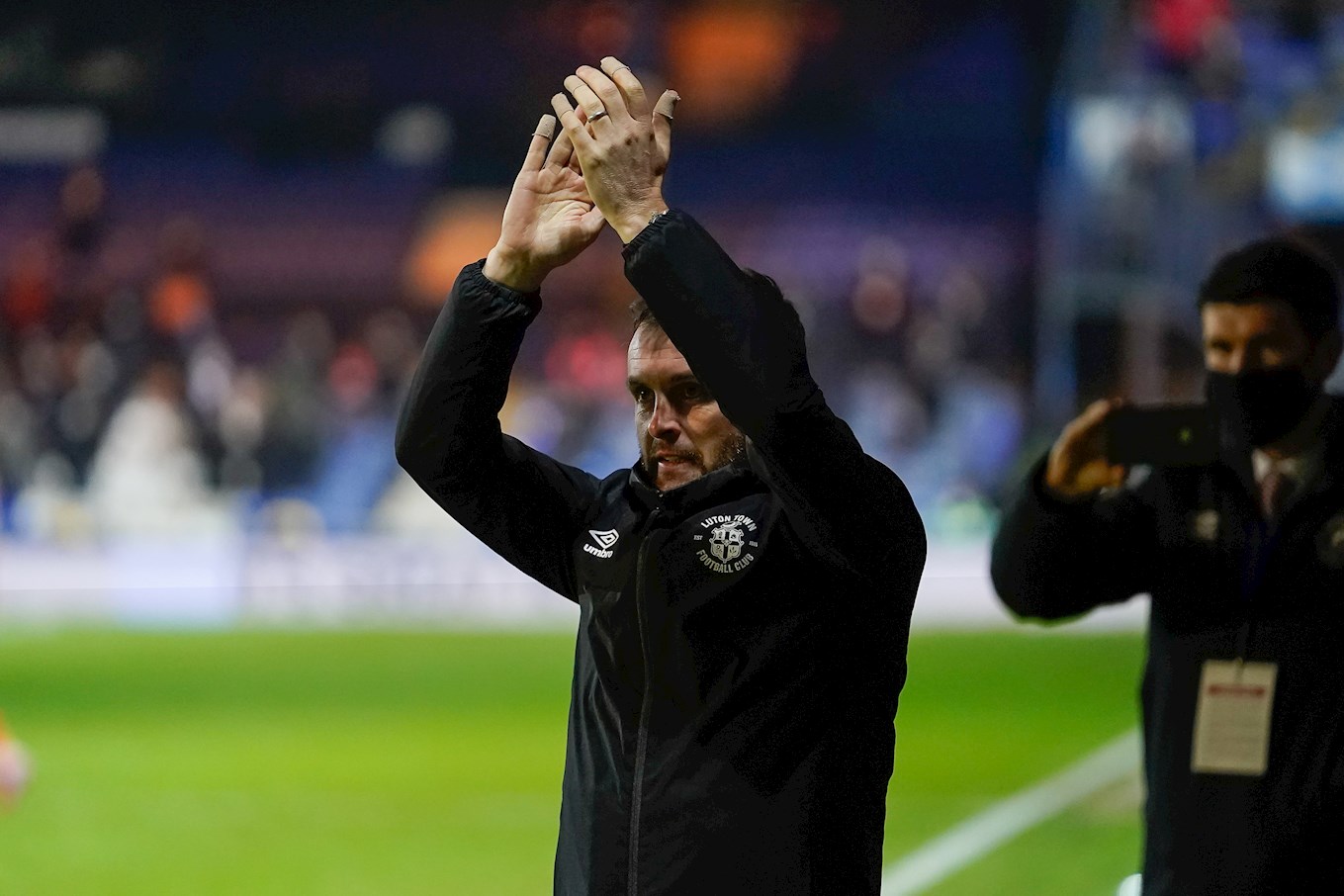