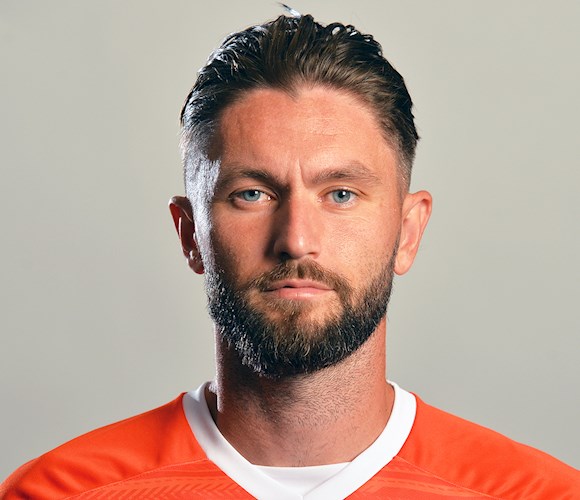 Experienced midfielder Henri Lansbury joined the Hatters on a free transfer on the same day as Cameron Jerome.

The now 31-year-old started his career coming through the ranks with Arsenal. He featured regularly for the Gunners’ youth team - winning the Premier Academy League and FA Youth Cup double with James Shea in goal - and made his first-team debut in a 3-0 League Cup win against Sheffield United in 2007.

He signed his first professional contract with the north London club the following year and represented England at every youth level, before spending the next few years gaining regular first-team experience on loan with the likes of Scunthorpe United, Norwich City and West Ham United.

Lansbury then decided to make a permanent switch away from the Emirates to join Nottingham Forest, where he played 145 times for the Championship club between 2012 and 2017 alongside current Hatters first-team coach Chris Cohen.

Amid speculation about his future in that last year at the City Ground, the midfielder joined Aston Villa for a reported fee of £3m and helped them gain promotion to the Premier League via the Championship play-offs.

However, regular game-time was hard to come by under Dean Smith and in January 2021, he signed for Bristol City on a free transfer. The London-born midfielder played 16 times in the Sky Bet Championship, including 71 minutes in City’s 3-2 loss against the Hatters at Ashton Gate in April, before joining the Town two months later.

He went on to feature in 34 Sky Bet Championship matches during the 2021/22 campaign.