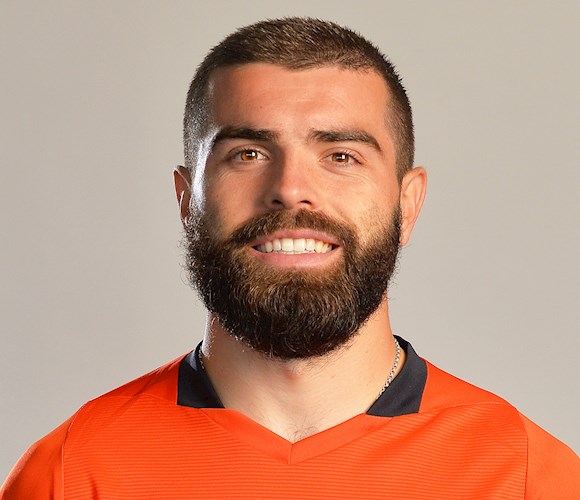 Brother of former Town midfielder Olly and son of ex-England and Newcastle United midfielder Rob, Elliot Lee is in his second spell at the club – this time on a permanent deal – having had a short loan spell from West Ham United in 2015.

The 26-year-old was an instant hit at Kenilworth Road, netting with his first touch away at AFC Wimbledon, before scoring twice against Wycombe Wanderers at home.

Whilst at West Ham, the forward had loan spells with Colchester United, Southend United and Blackpool, before leaving in 2016 to join Barnsley.

Having found game time limited at Oakwell, making just six appearances, he joined the Hatters in July 2017 on a two-year deal, which was extended by a season following promotion to League One.

Lee hit the ground running in League One, and his fine performances were rewarded with the divisional Player of the Month award for November.

The former West Ham youngster fought his way into the Championship set-up after missing large parts of the season but still accumulated 15 appearances during the campaign.

Lee also then extended his contract to stay at Kenilworth Road following his impressive end to the season.

He joined Oxford United in January 2021 and provided nine goal contributions in 18 League One matches, helping the U's reach the Play-Off semi-finals.