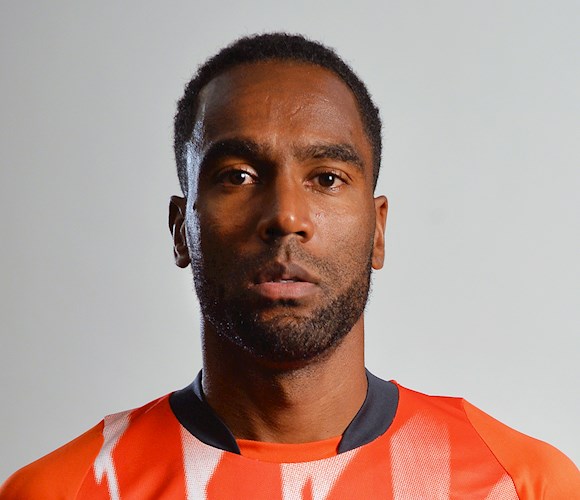 Vastly experienced striker Cameron Jerome arrived at Kenilworth Road in the summer of 2021 as a free agent having left Sky Bet League One club Milton Keynes.

Jerome has more than 500 games and 145 goals to his name at club level in this country, having begun his career with Cardiff City in 2004.

After netting 20 goals for the South Wales club in the 2005/06 Championship campaign, he was signed by Birmingham City for a fee of £3 million.

He spent the following five years at St Andrew’s, where he experienced the highs and lows of two promotions and two relegations, whilst also lifting the League Cup in 2011 after the Blues’ win against Arsenal at Wembley.

The striker joined Stoke City later that year for a reported fee of £4m, but following 50 appearances in the space of three seasons at the Britannia Stadium, he opted to switch to Norwich City in 2014.

The Huddersfield-born striker played 130 times for the Canaries and scored 38 goals, one of which came in the 2015 Championship play-off final victory against Middlesbrough.

Following a successful four years at Carrow Road, Jerome has since played in the second tier for Derby County, had a two-year spell with Goztepe in Turkey and netted 15 times in 38 appearances at League One level before joining the Hatters in the summer of 2021.

In his first season at Kenilworth Road, the veteran striker scored five times and provided seven assists in his 37 appearances as Town reached the Championship play-offs.

Cameron Jerome | "I want to keep playing as long as possible"


Cameron Jerome hopes to keep playing for ‘as long as possible’ after extending his stay at Kenilworth Road for an additional year.