Pelly-Ruddock Mpanzu hopes to ‘keep the momentum going’ after the Hatters secured back-to-back league wins for the first time this season with a 2-0 victory against Reading.

The midfielder produced yet another tenacious performance, doing his part in the win at the Select Car Leasing Stadium and vowed that, “I think now in these recent run of games, I’ve performed arguably to the best of my capabilities.

"I can’t sit off now, the games are coming thick and fast, I have to keep my head level-headed, keep churning out performances and then hopefully it will show on the pitch.”

After Saturday’s late win against AFC Bournemouth, the task was simple for Pelly and his teammates – to secure a second successive victory on the bounce.

“We knew we had to come here and get back-to-back wins as the gaffer said. It was a eutrophic win against Bournemouth on Saturday so to come here and drop points wasn’t what we wanted so we made sure to come here, get the three points and now we're back on the road to Sheffield at the weekend. 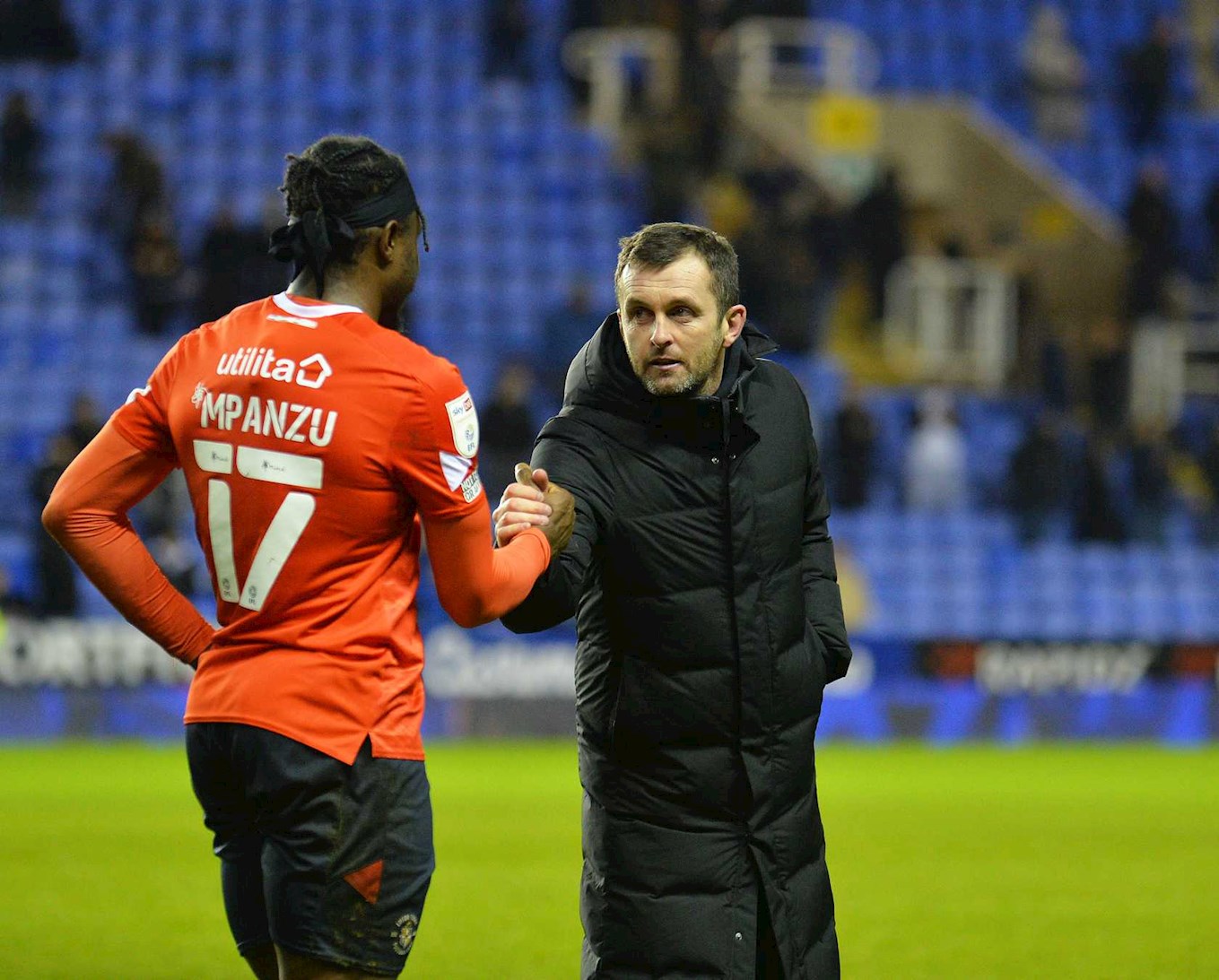 “Reading is an established Championship club, but we came here to get three points and that’s what we’ve done. First half could have been a bit better, moving the ball was a bit slow but then we got the goal and didn’t look back."

Allan Campbell was on the scoresheet for the second game running and his midfield colleague joked, “He had a shot and then he came off injured, he said his hamstring was hurting so we said, ‘Al, go closer’ and there he was in the box arriving! He’s been great this season, he’s been getting in the box and hopefully he can continue that.”

Ahead of Saturday’s match against Sheffield United, Pelly is hoping that the Hatters can make it three wins in the last seven days.

“We would love a nine-point week, going away to Sheffield United. It’s not an easy game – ex Premier League players, so we’ve got to go there fully focused, hopefully get three points and it would have been a wonderful week considering we have games to catch up on, putting points on the board is what we need to do right now.”