The popular midfielder has experienced it all at Kenilworth Road and is now part of the side hoping to finish in a strong position in the Championship once again this season.

Mpanzu, 27, signed a new contract in the summer and stated then, "I love it at Luton, everyone knows that. The Kenny has become my second home and we’ve achieved so much in my time here."

So to celebrate the eighth anniversary of him signing permanently, we've picked out eight memorable moments from his time as a Hatter so far...

Off and running against Hereford United

After completing his permanent move a few weeks prior, the number 43 not only won a penalty but opened his account as a Luton player in a 7-0 win over Hereford United.

He capped a brilliant team move with a finish into the top corner, the Town's fourth goal of the afternoon.

Something that would later become associated with Mpanzu, the ability to score superb goals! It’s a very rare day if he was to score a somewhat ‘normal’ goal and that started after he netted a 20-yard equaliser late in the game against Dartford.

The home side led from the 34th minute, but for late intervention from the midfielder and an ever later winner from Andre Gray to preserve a 13-point lead at the top of the table, with the Hatters needing just three more wins to secure the title after that day.

Town's promotion to League Two was confirmed two weeks later after nearest rivals Cambridge United failed to win and Mpanzu played in the final three matches of the campaign after the return to the football league was set in stone.

Whilst injury problems plagued the early seasons in League Two, Pelly made a big contribution during the play-off push and eventual promotion one year later.

Fitness proved to be an issue once again at the start of the 2017/18 campaign, but the midfielder played every minute in the final six matches, contributing two goals and an assist – including a rocket from distance against Crewe Alexandra, before icing the promotion cake with a late third goal in the 3-1 victory over Forest Green Rovers at Kenilworth Road.

Town returned to winning ways with a convincing 3-0 away win against Accrington Stanley. It was a dominant performance from start to finish and after Stanley keeper Dimitar Evtimov was sent-off for two bookable offences, followed by James Collins' 23rd goal of the league campaign, there was no looking back from Mick Harford's side.

The striker's first-half strike was later followed up by Mpanzu firing in on the turn from a Sonny Bradley header and then a superb solo effort across goal to seal the victory in the latter stages.

Ever-present in League One glory

The midfielder scored five times and provided five assists in the league as the Hatters recorded back-to-back promotions and reached the second division for the first time since 2007. 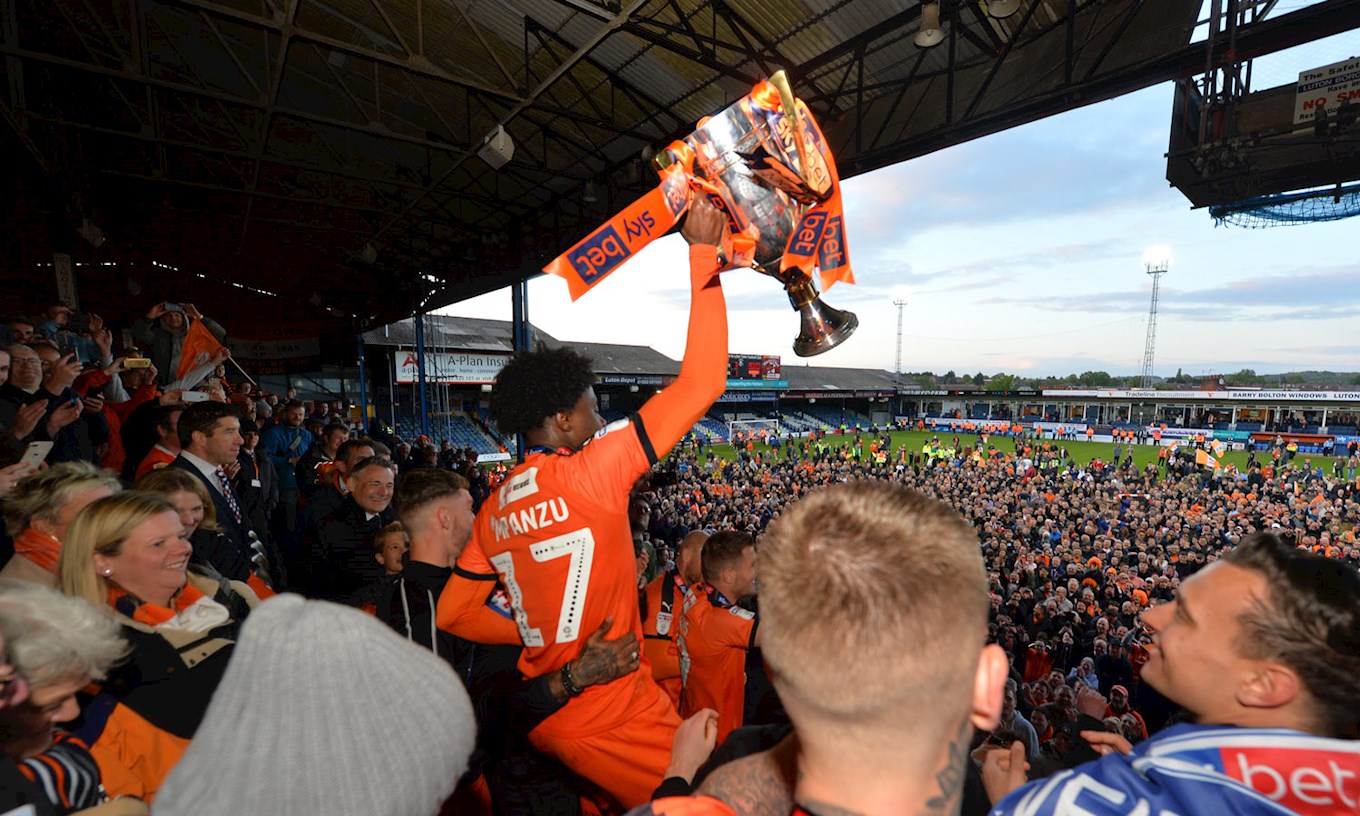 After a rollercoaster first season back in the Championship, with Nathan Jones returning to the club in between the global pandemic, the Hatters avoided relegation on the final day with a 3-2 win against Blackburn Rovers and Mpanzu once more was a vital component in the side. 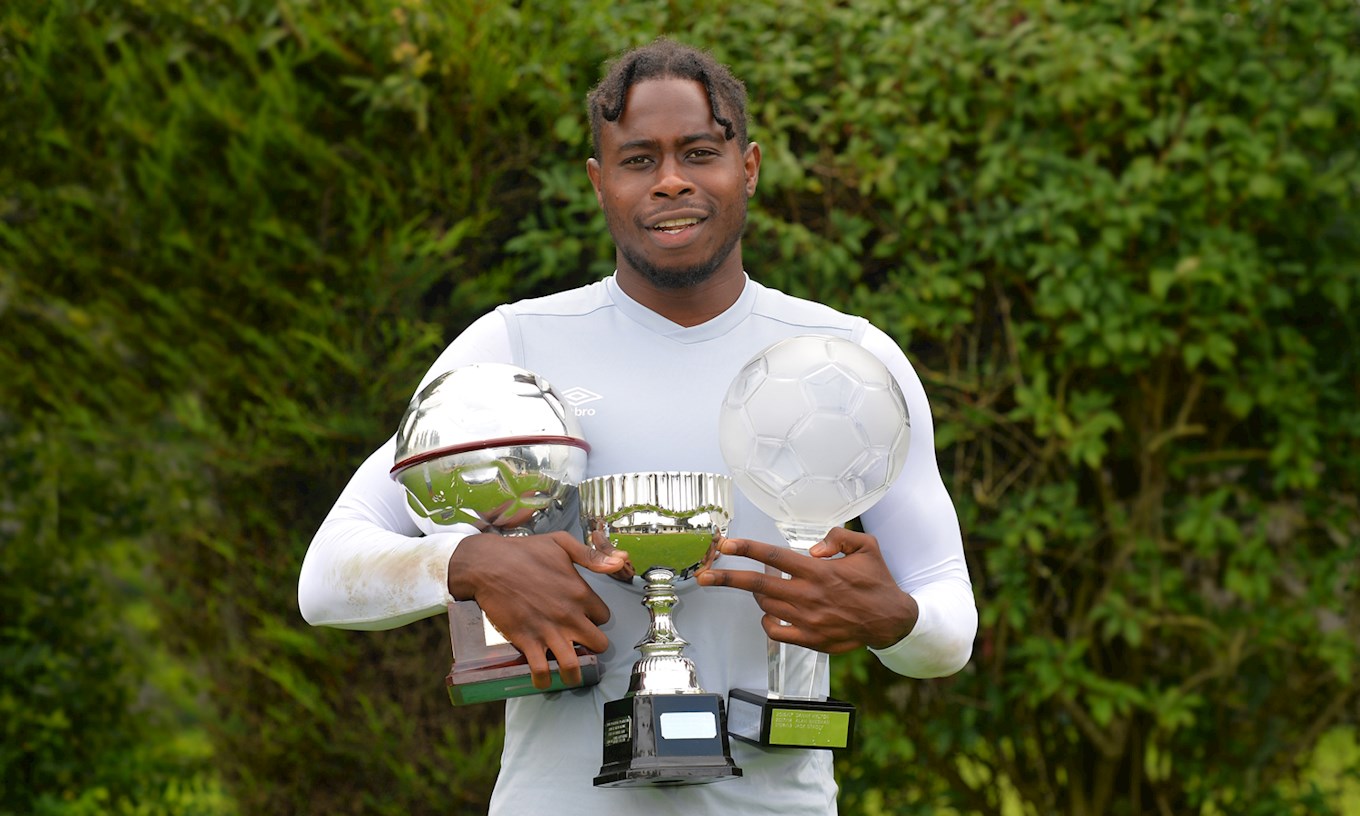 A memorable strike, an even more recognisable celebration.

Pelly opened the scoring against Wycombe Wanderers with a fine strike from the edge of the box in the second half and taunted the away side for their persistent tactics to try and slow the game down, saying this after the match:

"They tried to come and slow the game down and if they do that and you score first, you’re going to get punished and I was like, ‘listen, doing come and waste time and we score and now you’re trying to hurry your game up’.

"You can’t waste time. Come to the Kenny and we’re going to punish you and that’s what we did." 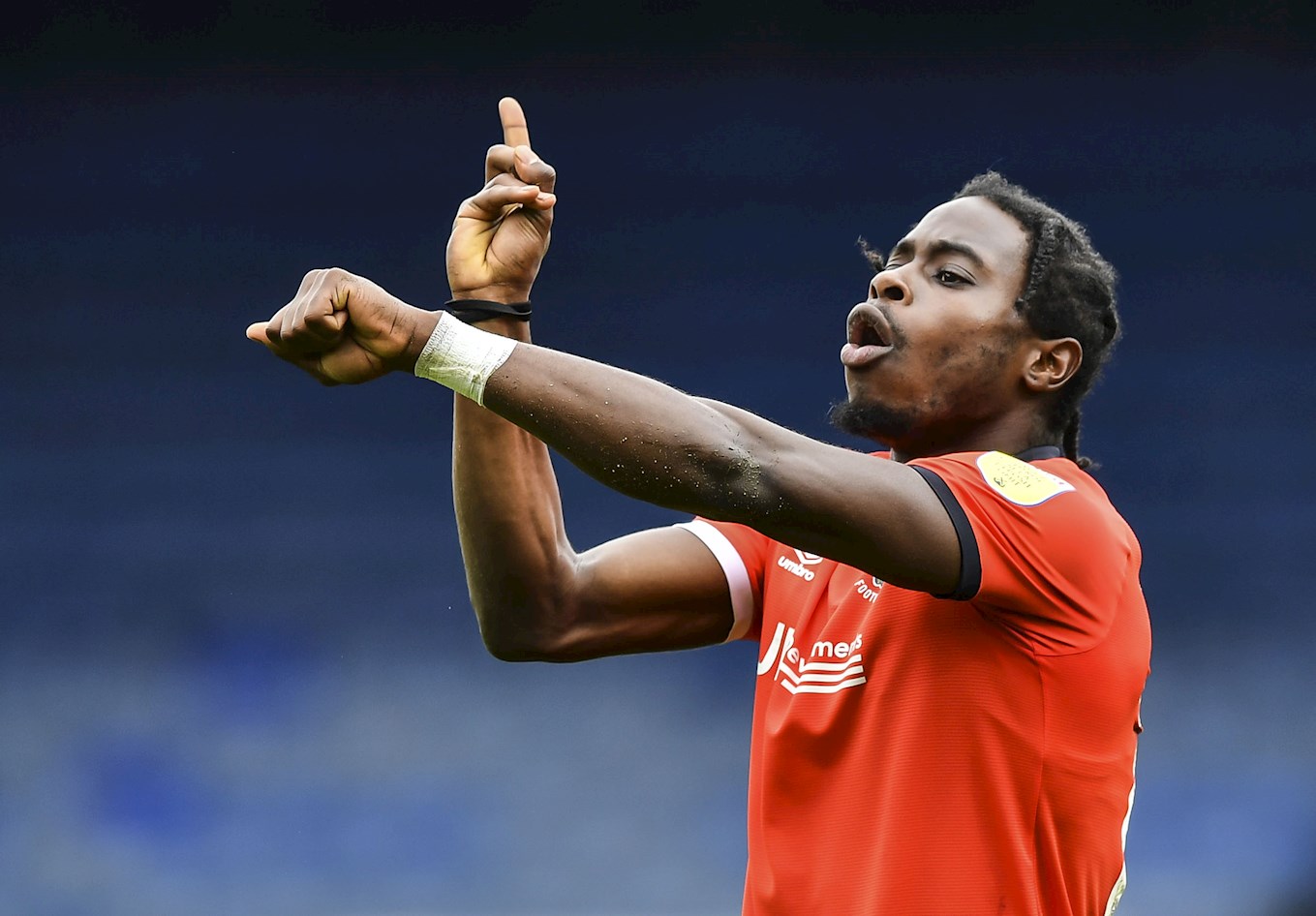 Pelly made his 300th appearance for the Hatters from the day he joined on loan from West Ham in November 2013 against West Brom earlier this season.

Despite being narrowly beaten on the day, Mpanzu restored hope with a goal from close range and whilst recognising his wonderful achievement post-match, it was the scoreline he was more concerned about.

"It is great to get 300 appearances but the way the game went, it was tough. It is always a proud moment but for me, 300 appearances can come and go, three points is what we wanted today." 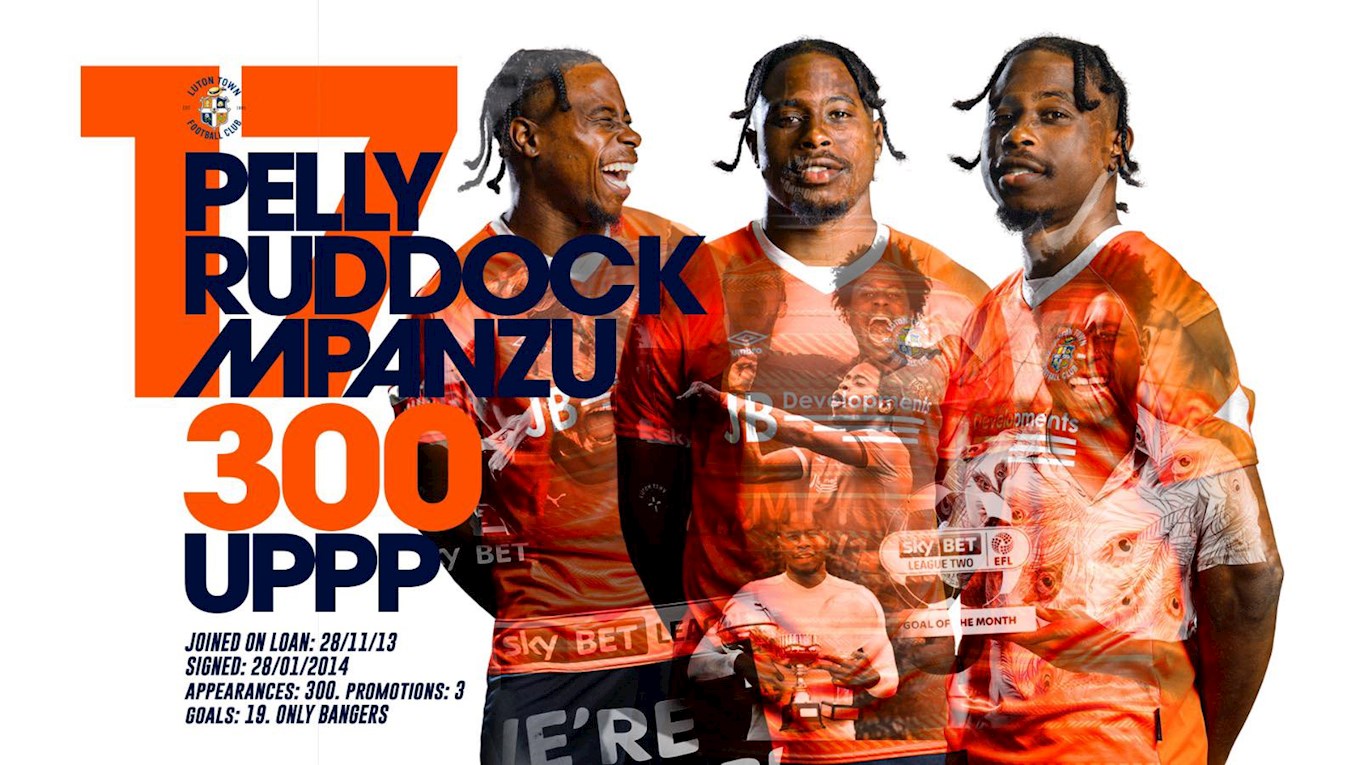