Simon Sluga was awarded Player of the Season on a night where Kiernan Dewsbury-Hall scooped four trophies at the Supporters’ Trust virtual presentation event!

The LTST end of season event recognised those who contributed towards a superb 12th place finish in the Sky Bet Championship as Sluga and Dewsbury-Hall reaped the rewards for their individual contributions. 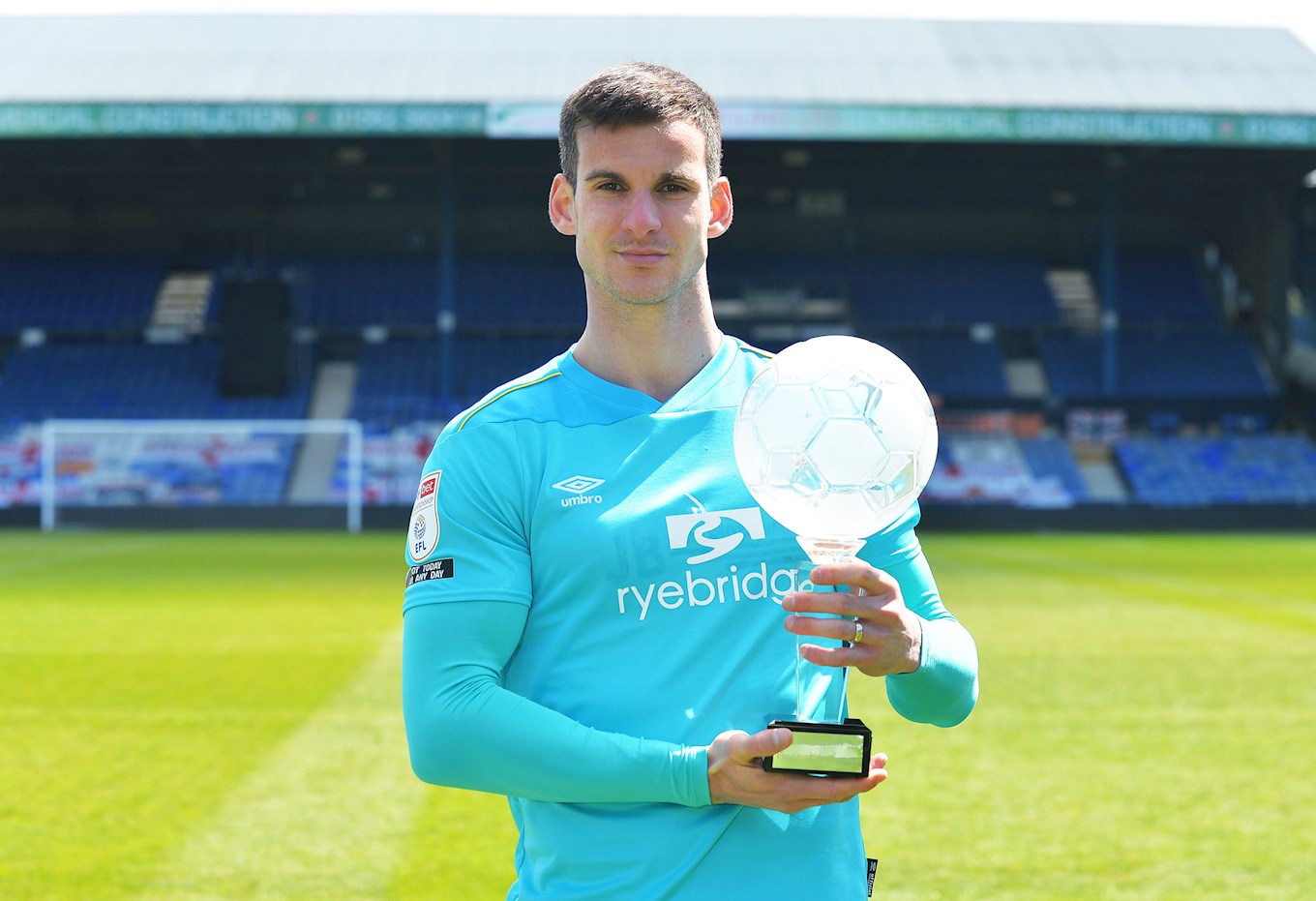 Goalkeeper Simon Sluga picked up the main award of the evening after he was voted Player of the Season for his contribution on the pitch this season.

Following a rollercoaster first year in English football the season prior, the Croatian international was in top form all campaign long and kept 13 clean-sheets in 41 appearances. The 28-year-old produced a number of eye-catching saves throughout the season and also saved twice from the penalty spot versus Chelsea and Barnsley.

Reflecting on the season as a whole earlier this month, Sluga admitted: “It is a tough, tough league the Championship, tough opponents so all the credit to the staff and to the players, to the club, to everyone. I’m very happy with it, like I said we had good games, better performances and at the end to be in the top half, we can all be happy with ourselves.” 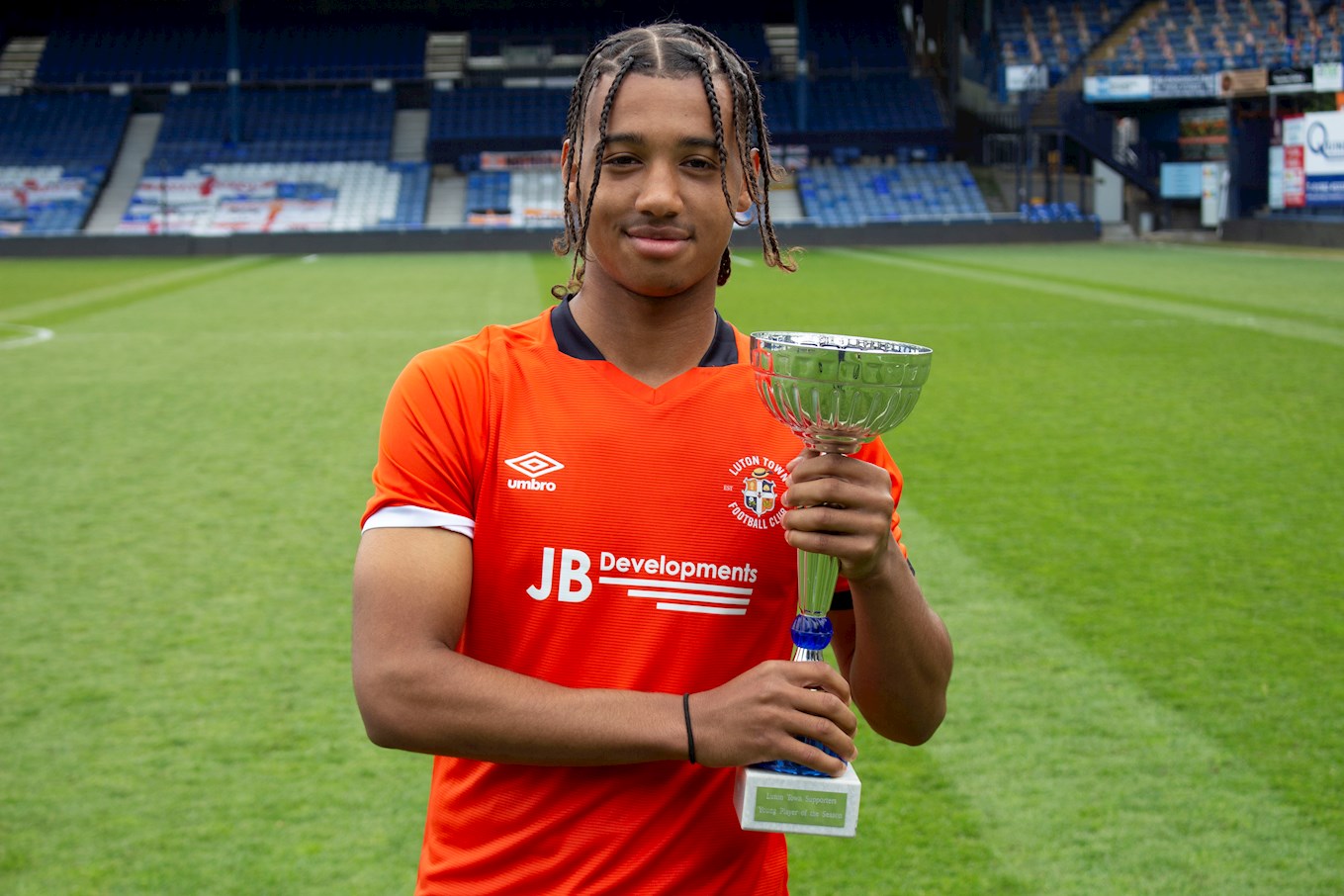 First year scholar Aidan Francis-Clarke was crowned Young Player of the Season, as chosen by the coaching staff, and has recently been offered a professional development contract.

Academy coach Paul Benson said: “This young lad come into the academy as an under-15 and he has been in for a relatively short time but the progress he has made in that short time has been nothing short of remarkable.”

Goal of the Season – Kazenga LuaLua vs Wycombe Wanderers 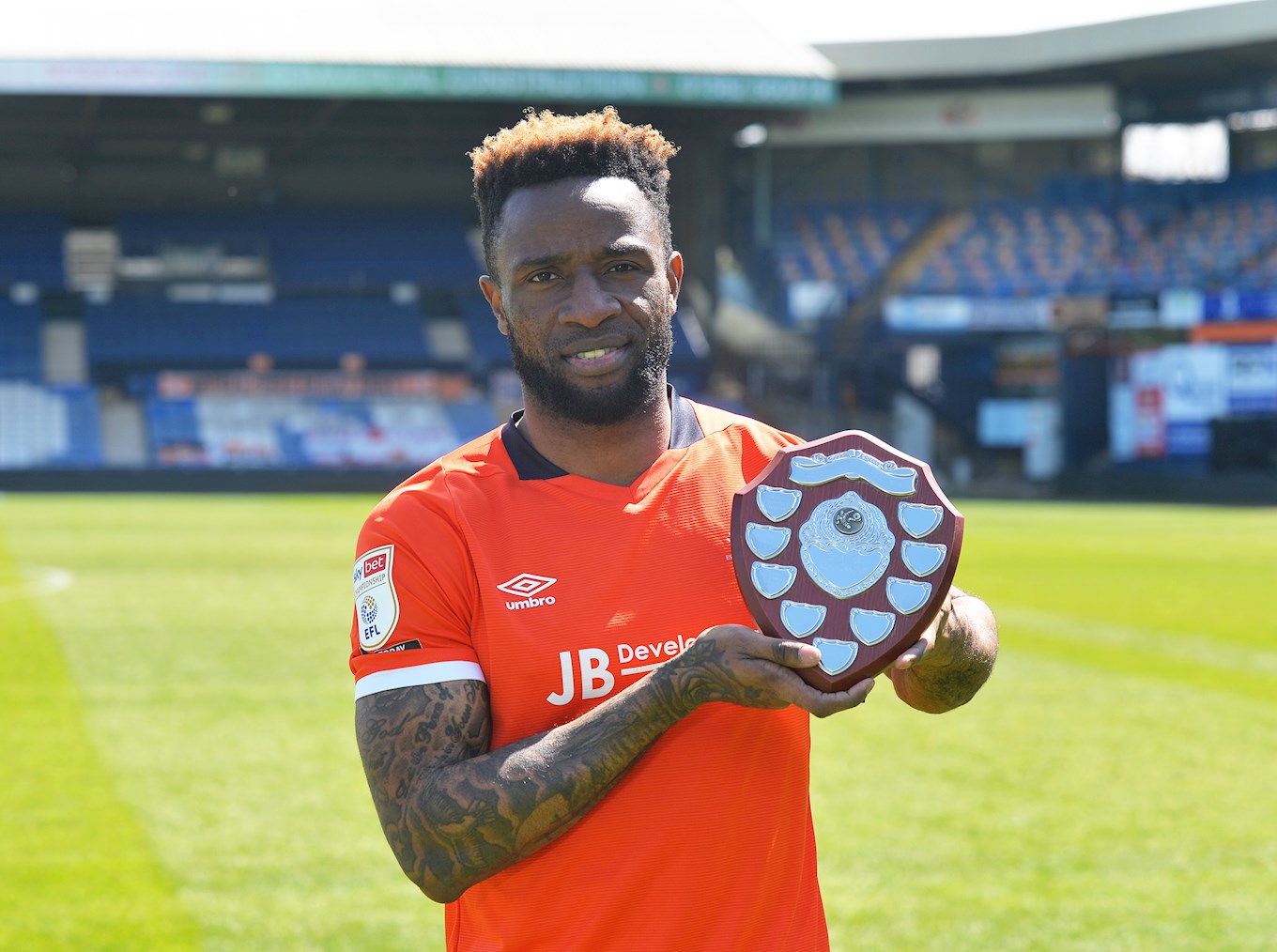 There could only be one winner! Kazenga LuaLua collected the award for Goal of the Season with his superb strike in the comeback victory against Wycombe Wanderers.

George Moncur played a short corner into LuaLua’s feet and with two touches to set himself on the edge of the box, off balance he struck beautifully into the top corner, leaving ‘keeper David Stockdale with no chance.

Bobbers Travel Away Player of the Season – Simon Sluga 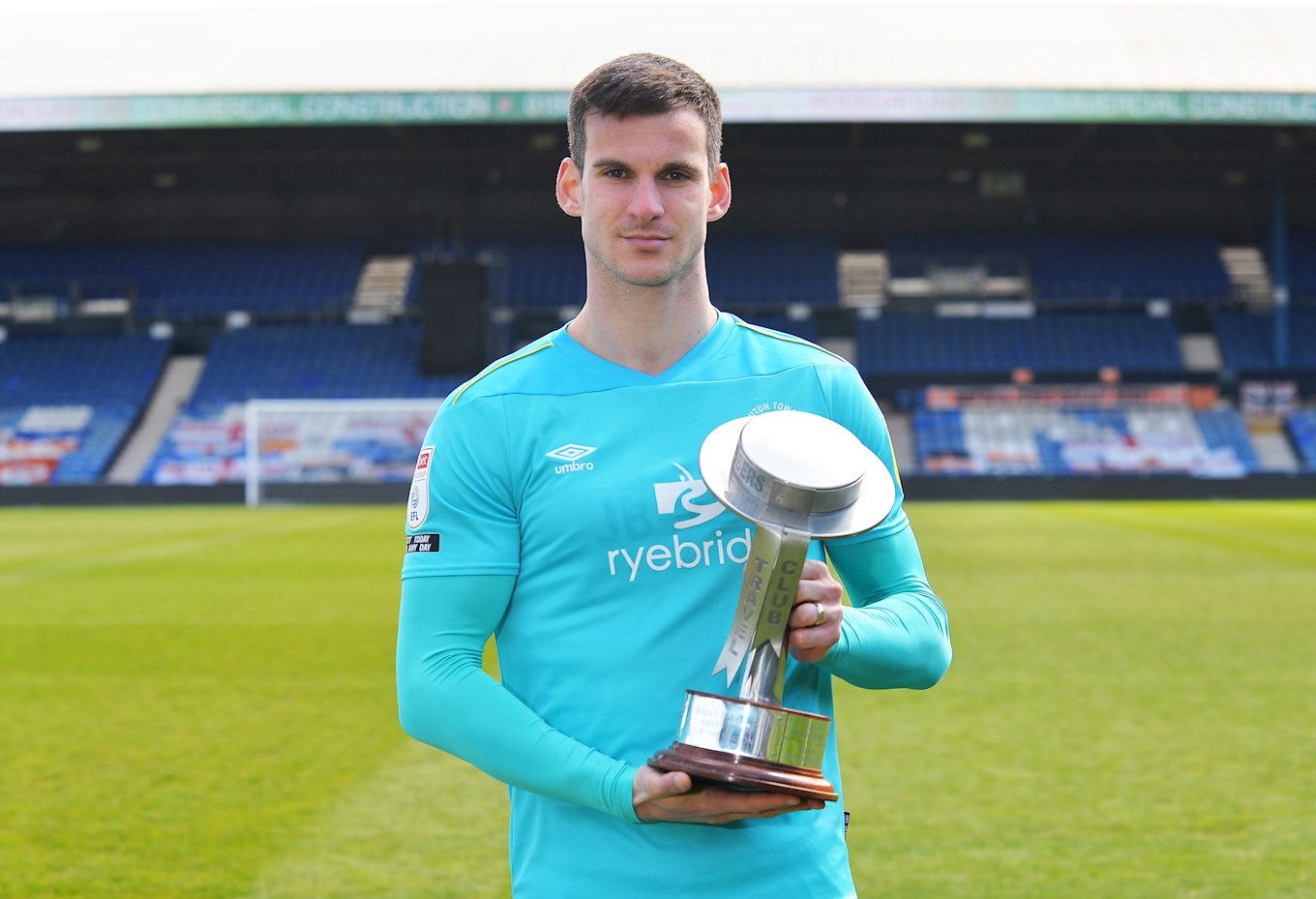 Sluga claimed his second award thanks to a brilliant season between the sticks. Following Harry Cornick’s win last year, the goalkeeper is the next name on the Bobbers Travel Player of the Season trophy.

After receiving the award, Sluga said: "It is a big privilege to receive this award, especially from the fans. I want to thank you all that voted, it makes me very happy and very proud. It is a special, special feeling to be awarded by the fans.” 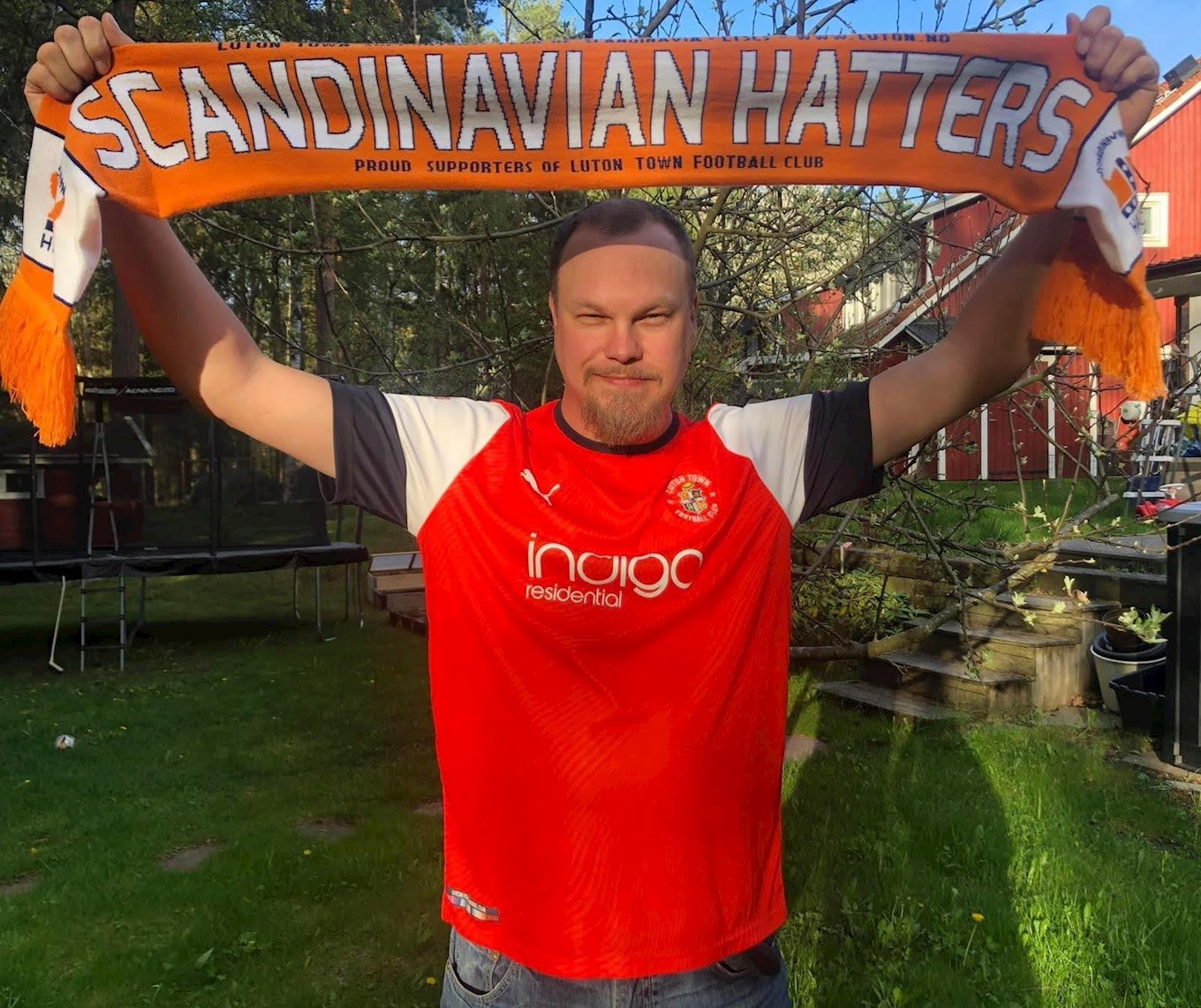 The LTST board decided that the Kevin Catlin Memorial Trophy award handed out for outstanding contribution to LTFC should go to Thommie Lundqvist of the Scandinavian Hatters because of the incredible work and dedication he has shown to establish, maintain and strengthen that group in terms of numbers, continually raising the profile of the club across Sweden and Norway.

In addition to building a group of Town supporters in that part of the world, the Scandinavian Hatters give back to the Club with their annual visit to Kenilworth Road. They are also supporters of the community and were contributors to the SoLYD fund during our non-league exile too. Despite the pandemic, Thommie has kept the group intact and we all look forward to seeing him and the other Scandinavian Hatters who come across next season. 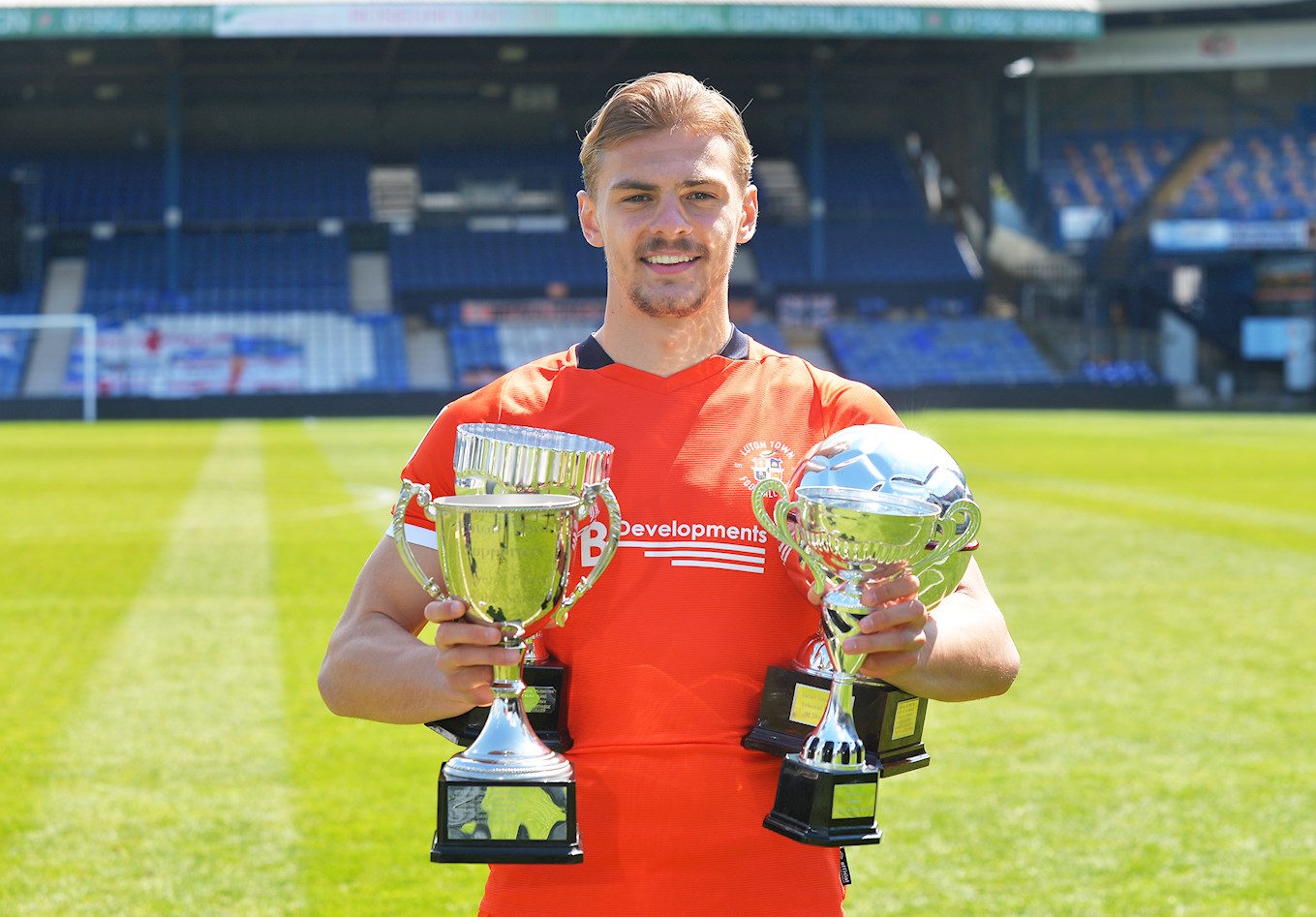 The evening’s big winner was Kiernan Dewsbury-Hall who picked up four awards, the first of which was the Ian Pearce Memorial trophy, which has been in the custody of Pelly-Ruddock Mpanzu for the last two seasons.

The midfielder more than merited his impressive haul after producing regular Man of the Match performances and contributing three goals and six assists, certainly enough to make him a standout player for the Junior Supporters too!

The Leicester loanee received further recognition for his fantastic spell at Kenilworth Road, winning the Internet Player of the Season, before finally he was handed the trophy of Players’ Player of the Season – his fourth accolade of the evening and arguably the biggest of them all. The 22-year-old was recognised by his teammates for his dazzling displays during the 41 appearances he made for the club whilst on loan.

Congratulations to all the winners and well done on a successful season!